You are here: Home › Wealth Planning › Never lose your wealth like this successful entrepreneur 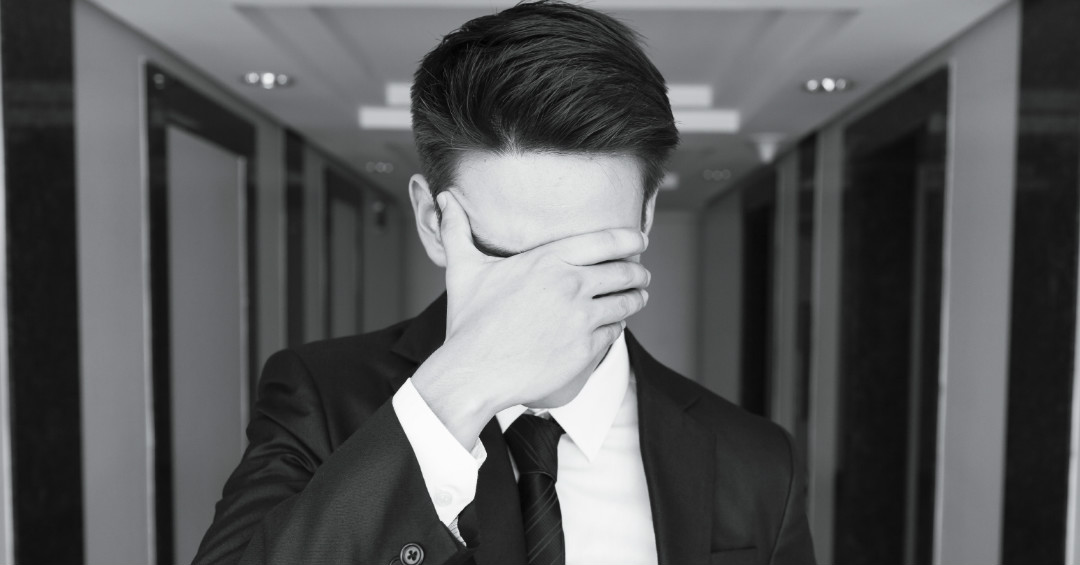 A story of how of an entrepreneur who made a fortune and then lost it all. What can you learn so that this doesn’t happen to you?

Everyone loves a happy ending

Skim through a newspaper or browse online – you are bound to come across at least one feel good story about an outlandishly successful entrepreneur who has made it big.

As a matter of fact, you probably think you’ve heard it all. Perhaps you’ve read about the unicorn tech-start up which turned their reclusive founders into instant millionaires; or the drop out who made a fortune with a phenomenal new invention or even the yummy mummies who now run multi-million pound empires right from their kitchen tables.

From an editorial perspective, these are sensational stories that sell. Unfortunately, real life is definitely no fairy tale. Journalists are experts at conjuring up myths, and the harsh reality is that the odds are stacked against entrepreneurs right from the very start. In truth, the probability of business failure is extremely high, so just because you have attained wealth does not mean you’ll always keep it.

Indeed, it can disappear from right under your nose, when you least expect it.

Like most rags to riches stories, it began on a high note

From humble beginnings, the pair built their wealth through shrewd property investments. During the 1980s, the couple went on a shopping spree, snapping up commercial and residential properties up North West. At their prime, the Whelans were generating an income of £20,000 a month on the back of their £35 million dollar property development business. Home was an £800,000 six-bedroom house in Lancashire, and both their daughters attended private schools which charged eye-watering fees of £12,000 per year.

Life was rosy until August 2007. Things began to unravel when Chris received a letter from their bank, Northern Rock which revealed that £17 million of their commercial mortgages had been sold to the doomed US bank Lehman Brothers. A week later, there was a run on Northern Rock and their accounts were frozen. Not long after, Lehman Brothers folded. Receivers soon came to call, demanding £17 million.

The Whelans tried to sell some properties at auction to cover the mountain of debt, but they were unable to offload any owing to the ongoing property slump. Eventually they sold off 25 properties for £10 million – which was a hefty loss given that their portfolio was once valued at £30 million.

Having lost every penny of their hard earned wealth including their beloved home, the family was forced to move to a rented three-bedroom cottage. Chris had little success in finding a job, and so the family had to rely on benefits which were barely adequate to cover their daily needs. Holidays were now out of the question, and both their daughters were transferred to state schools. Unsurprisingly, the Whelans’ marriage came under immense strain. The Whelans’ tragic story certainly highlights the pitfalls of entrepreneurship, where a single wrong decision or move could spiral someone head first into financial ruin.

Ironically, despite the rather ghastly odds, scientific studies have shown that entrepreneurs are inclined to be overtly optimistic.

Indeed, for most of you reading this, it would probably be safe to assume that the Whelans’ cautionary tale does not faze you at all. In fact, you are probably thinking it will never happen to you.

But you should really think twice.

First and foremost, entrepreneurs are up against some really grim statistics.

According to the British commercial insurer RSA’s study Growing Pains conducted amongst 160 UK business owners in 2014, over half of new businesses don’t survive beyond five years, with the UK tax system, a lack of bank lending and the cost of running a business cited as the top reasons for failure.

Secondly, like most well-to-do individuals, you are probably in denial and in actual fact, you are really worried about losing it all.

Statistics attest to this.

A survey carried out by the Swiss investment bank UBS in 2015 among US millionaires made some starting discoveries. The study found that half of those with a net worth of between US$1 million and US$5 million were concerned major setbacks – like losing their job or a stock market crash – wiping out their wealth. For millionaire parents, the number living in a state of anxiety rose to 63%.

The cold, hard data speaks for itself. No amount of optimism or self-belief can alter the fact that most businesses are bound to fail, and fortunes that took years to accumulate could simply vanish in the blink of an eye

Take a moment to consider the threats to all that hard work you’ve invested into your business.

Don’t you think it is time you protect your wealth and assets from unseen and unexpected dangers?

For a start, have a look at these expert tips on wealth and asset protection we’ve compiled that all entrepreneurs should sit up and take note of.

Saving for a rainy day should still be a priority even in the early, heady days when businesses tend to hemorrhage cash. At this stage, it would be best to work out start-up and operating costs for the first two to three years of business, with some provision for savings and reserves. As the business grows, the provision should naturally become larger, and be divided into cash and other erstwhile investment vehicles such as stocks and property. Look for highly-liquid investments so this reserve money works as hard as possible.

Don’t leave all your money in cash, invest it

Do not ignore the value of investing, especially in the early years of your business. Put aside any extra revenue in a compound interest account to maintain your firm’s profitability and cash flow. The power of compound interest, coupled with regular contributions act as a buffer, helping your company to fund large purchases and to meet short-term debt obligations. Seek professional advice from financial experts to build up a diverse investment portfolio that takes advantage of tax allowances to underpin the income needed to support your lifestyle, net of tax, expenses and inflation.

Structure your business around asset protection and succession planning

Weigh up income protection, life assurance and critical illness cover offered by insurers. Life insurance policies, when offered by specialist providers, can be tailored to precisely suit your needs, allowing you to grow and protect your wealth tax-efficiently. Ensure you have a will in place, and do appoint a Lasting Power Of Attorney to take charge of your business affairs in case of physical or mental disability. Simultaneously, review your pension plans and identify assets that cross the blurred line between your business and personal life, and look for financial solutions that clearly demarcate these two areas of your life. It is also crucial to consider setting up a business protection trust. Without one in place, chaos could ensue should you or a co-owner fall ill, suffer a serious injury, die prematurely or decide to leave the business. Typically, the right provision will allow the other owners to buy, or the loved ones of the affected owner to sell the equity belonging to the owner. Debt is necessary at times but avoid overleveraging It is inevitable that as a business expands, it will have to take on some form of debt. According to the European Commission, 85 per cent of UK businesses use debt to finance their businesses. Debt based funding, particularly in the interim stage for businesses, will almost always require some personal security from the business founders who are inadvertently taking on the entire firm’s risk. Thought debt is a useful tool to help tide over periods when cash is tight, overexposure to debt – in other words overleveraging – could spell the end to your ambitions and undermine the value of your wealth and assets. Adopt a pragmatic approach when weighing up how much debt you can take on. Write down precisely where you are going to spend the cash injection and ensure that it is used exclusively for this purpose.

Most entrepreneurs are risk takers by nature. But be careful, not to lose your wealth. Before you plunge into making any further investments into your business fund, determine what your appetite for risk is. Many people make the mistake of investing thinking they have know exactly what their attitude to risk is, only to find that their assumptions are completely wrong once they have had an in-depth discussion with a professional.

Determining your investment needs and devising a strategy to protect your assets and wealth is an arduous task that demands a lot of time and energy, which few entrepreneurs have to spare. Therefore, it would be pertinent to build your own personal advisory team, consisting of tax advisors, wealth managers, lawyers and financial planners to ensure you have the right protection in place for your wealth and assets.

To get connected to the most suitable wealth manager for your needs, try our smart online tool. It will also help you to think more deeply about where you stand financially. CEO and Co-founder of of findaWEALTHMANAGER.com. Dominic was a private banker for over 10 years in London before he decided to use his experience to help affluent individuals find their best wealth managers at a few clicks of a button. Dominic has an unparalleled perspective on wealth management.  Prior to launching his business he managed the wealth of some of the most prominent entrepreneurs and families in Europe and the Middle East.

#WealthGoals: A move to the country

Many HNW individuals have been radically revising their life plans during lockdown and the proactive have already started reaping the benefits of taking professional advice.

#WealthGoals: How do you protect your finances aga...

Cash flow modelling is a vital strand in optimally managing your wealth. It involves complex calculations, but could be the key to achieving your goals - and avoiding poor outcomes.

The four key stages of planning a successful busin...

Entrepreneurs’ wealth creation stories are never as simple as they appear, and there is more to a successful exit than meets the eye. Read on to learn the key stages to plan for.