China’s regulatory crackdown has created some very challenging waters for investors to navigate, not least because of its impact on developed markets too. Read on for the experts’ take on both the Chinese and UK stock markets.

Energy, financials, and materials are hailed as the powerhouses of UK stocks’ earnings growth

I decided to take the bull by the horns and tackle the elephant in the room of the moment, China, and to let the cat out of the bag the conclusion is “buy when others are fearful”. If you haven’t had enough of animals by now, I’ll add that this is the year of the Ox (or Cow/Bull), characterised by diligence, strength, honesty, down-to-earth persistence, and wealth.

So far in 2021 investors’ experience has been anything but wealth generative; a UK investor buying the iShares China Large Capitalisation Stocks index fund would find themselves down 10% (year to 7 Sept 2021), declines which are thought to be brought on by increased Chinese interference in the technology giants’ corporate affairs, and signs of a weakening economy. If we accept that investor fears are justified, the question is, what next?

The world’s second largest economy may be slowing, but the underlying trends of rapid development and consumerism will be hard to shake

My observation is that investor sentiment around China tends to go in waves; a canny investor would have been correct to reduce their investments in China earlier this year, and the manager of our Tyndall Global Select fund did just that. With the market down circa 20% from the February highs, the picture is less clear cut. The world’s second largest economy may be slowing, but the underlying trends of rapid development and consumerism will be hard to shake. The risk is that in the clash of cultures between China and the “West” continues to escalate.

In conclusion, I am tentatively increasing exposure to Asian consumerism, of which China is a significant part. It may well be too early to buy, but equally I think it unwise to write off the Chinese market just yet. 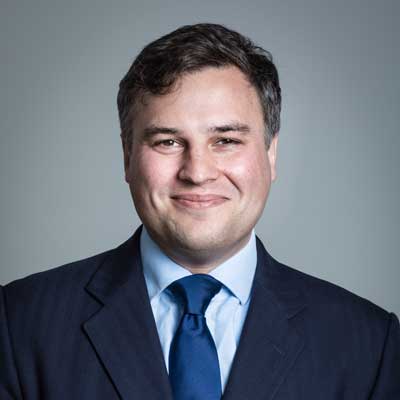 China’s policies have not always stayed true to its communist roots, but over the past year a return to these roots is evident. Even global news outlets have noted the regulatory changes complement the drive for “common prosperity”.

The focus is on inequality, although there is no formal definition. The Chinese have realised they can have economic growth, without an open economy, democracy and liberal press. Now they want that growth to be more evenly distributed – on this note, readers might find the following statistic interesting: China’s top 1% owns 31% of household wealth – the same disparity as in the US.

Against this backdrop, China’s recent reforms make sense.  This is particularly true of the technology sector, which authorities see as a source of inequality. But the changes hurt investors given their effect on China’s stock prices. They have a direct impact on emerging market indices too, given China is a sizeable component of these benchmarks. And it’s affecting developed markets too.

The question for investors is whether the opportunity that China still offers is enough or whether the sharing of company profits among Chinese citizens, as well as shareholders, is a step too far

As at the time of writing, the value of the basket of US-listed Chinese stocks is almost half that of early 2021. The reforms have also put paid to many Chinese firms’ plans for new overseas listings. The question is what else can we expect?

In China, the expectation is for more change from Xi given he is set to begin a rare third term in power. It is mooted that he will also change his title to party chairman – a rank previously only bestowed on Mao Zedong – as the rulers hark back to their founding roots and Xi kick-starts his own Cultural Revolution. The message is backed up visually. On 1 July, at the Chinese Communist Party’s 100th birthday celebrations, Xi’s grey buttoned-up suit looked identical to the one worn by Mao in the picture hanging beneath Xi’s Tiananmen rostrum. As he finished his address, Xi raising his right hand mirrored the stance of most Mao statues.

And, although Xi will clearly be keen to avoid the disasters due to the Cultural Revolution, the direction of travel is clear: one-party capitalism, i.e. a capitalistic Maoism, will be asserted. Investors, therefore, need to pay attention to the rhetoric as fresh changes play out to understand what’s likely to come next. The question for investors is whether the opportunity that China still offers is enough or whether the sharing of company profits among Chinese citizens, as well as shareholders, is a step too far.

The rapidly-changing picture in China is a perfect illustration of why people use wealth managers. Who among us can claim to be experts in Chinese regulation, let alone all the implications for portfolios the recent crackdown will bring? You are sure to get better results when experts are making the investment calls, so why not have some no-obligation discussions with wealth managers from our panel to see where your returns could be improved?

The FTSE 100 has returned 14% year-to-date, but what’s been driving that? Predominantly economic growth, which is subsequently leading to company profit growth.

The preliminary estimate for UK GDP growth in the second quarter was 22.2% year-over-year, with the bounce back driven by the lessening of coronavirus restrictions. While this is doubtless an unsustainable growth rate, our full-year forecast for real GDP growth in the UK is still 7% in 2021 and 5.8% in 2022. Meanwhile, we expect earnings for the FTSE 100 to grow 68% this year and 14% next.

Drilling down into sectors, the best-performing sectors in the UK this year have been IT (up 27%) and real estate (+24%), followed by materials (+22%), industrials (+20%), and energy (+17%). The worst-performing sectors have been consumer staples (+4%) and communication services (+10%). Financials, one of the largest sectors in the UK equity market, have returned 13% year-to-date.

We forecast that over 80% of the MSCI UK earnings growth this year will be driven by these three sectors: energy, financials, and materials

IT represents just 1% of the MSCI UK index but continues to be driven by structural growth trends. Elsewhere, materials and energy have been boosted by the recovery in commodity prices, which in turn is driven by the global growth outlook. Financials have been supported by strong earnings growth and a return of dividends.

We forecast that over 80% of the MSCI UK earnings growth this year will be driven by these three sectors: energy, financials, and materials.

Amidst the solid growth backdrop and continuing improvement in the earnings outlook, we see further upside to equity markets. We have an FTSE 100 target of 7,700 by June 2022.

(Performance numbers correct at the time of writing comment, 31.08.21) 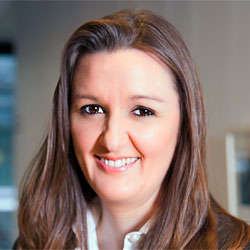 As ever, the devil is in the detail when it comes to stock picking so read on for expert insights on US mid-caps, cyclical stocks and high-growth technologies.