Credit risk could be under-rated.

Unloved cyclicals could be due a boost.

Looking ahead to May, the dual threats of dividends cuts and a reversal in bond yields are top of the agenda, along with the emergence of new growth patterns and value opportunities.

Beware the threat of dividends cuts

Dividends offered by the UK’s biggest companies are reaching new highs compared to their earnings. The dividend payout ratio for the FTSE 100 has just passed 70%, meaning over the last year dividends have been worth more than 70% of those companies’ earnings.  The fact that many of these companies are troubled shows that companies are under pressure to keep dividends up, even when revenues are trailing off. So just how secure are dividends?

2015 was challenging, with dividend cuts from food retailers (Tesco, Sainsbury’s and Morrisons) and miners (Anglo American, Glencore), as well as Standard Chartered, Centrica, Rolls Royce and Amec Foster Wheeler. And 2016 is going the same way, with the world’s two largest listed miners – Rio Tinto and BHP Billiton – also slashing dividends. In Rio’s case, it has had to eat its words – it was so confident in its ability to pay a progressive dividend that it continued to repurchase its own shares in 2015. And in March, Barclays announced it would cut its dividend by 50% for two years to preserve capital.

The era of ultra-low interest rates provided a strong environment for high-yielding shares and, as the tide has risen, so a general “hunt for yield” has driven assets higher. Warren Buffet famously said: “Only when the tide goes out do you discover who’s been swimming naked”. Now the interest rate tide is ebbing out, we’ll be able to see who’s been swimming naked in the dividend sea.

Against this underlying backdrop, we feel that investors should be wary of investing in stocks where a dividend cut is likely. Going forward, vigilance is the watchword. 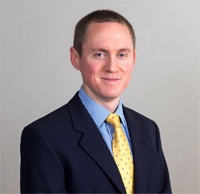 How low can you go?

After the crash of 2008, low rates have helped to improve households’ balance sheets, reduce bad debts and lift the value of assets – much needed in many Western economies to stimulate credit demand. Where does this leave a fixed income investor? The case for some exposure to duration still holds in Europe and Japan, since both economies are bank financed and it is difficult to see how inflation can rise while banks’ balance sheets continue to shrink. But the bond markets in both are trading at very expensive levels and any reversal in yields could mean double digit loss.

The high yield markets have experienced a nice rebound since the January sell-off and while we see some opportunities in the energy sector we are not buyers of any bond index products.

Consensus has been obsessed with interest rate risk, but we have been mindful of credit risk. Do not be a hero at the bottom of the default cycle, as there will be no warning when it turns. We stick with medium-duration and higher-quality credits for now. While we might be accused of missing out on a good party, we think this one might not be worth the hangover. 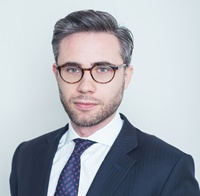 Director and Head of Research at Henderson Rowe 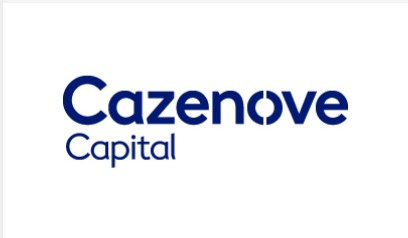 The world is no more uncertain than it was, but it is possible to be overwhelmed by the deafening noise of statistics. Newspapers love volatility and encourage investors to feel nervous, but the best explanations are usually the simplest. Prior to the last recession, unsustainable, credit-fuelled excess demand from advanced economies created rapid growth in manufacturing output in emerging economies, which, in turn, led to increased demand for raw materials and energy. The current disruption is the unwinding of that trend.

A new pattern of growth has emerged from the last financial crisis and the world has become a lot more competitive. Aggregate growth is lower and the global export environment has seen a significant shift with the West now being a net saver. In this environment, commodity prices were only likely to weaken. Nevertheless, there are good signs coming through: intra-eurozone trade is increasing, indicating a gentle recovery within the single currency area, and meanwhile the environment in the US is better, as demonstrated by increasing UK exports there. 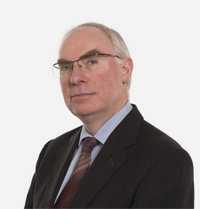 Risk assets have recovered significantly from mid-February lows. Signs of economic stability in China and the US have eased angst in markets in recent weeks. We believe a Chinese hard landing scenario is very unlikely at this point, given the recovery in manufacturing and the continued pro-growth monetary and now fiscal policies being employed by the Chinese central bank and government.

We believe investors should position their portfolios into cyclical assets which have been hit hard by exaggerated recessionary fears. Following a weak start to the year, European industrial companies represent very good value and now provide an attractive dividend yield.

However, we would recommend investors stay away from commodity-related equities, which have had a very strong start to the year.  Over-supply in energy and metals will remain an issue for these companies, and although we are not worried about an imminent collapse from China, we believe the rebalancing of its economy is leading to much less reliance on commodities for infrastructure and manufacturing, and future growth is now more focused on services.

Timing the market is trickier than it seems

With markets taking a breather from the volatility seen recently, it is funny how quickly things are forgotten. Problems affecting Greece are a distant memory, as are the worries around the BRIC economies as a nascent recovery takes shape in some parts.

However, it’s just a question of time until the next economic patient gets wheeled into Accident & Emergency for the media to work on.

Renowned investor Jim Cramer, once said: “Every once in a while, the market does something so stupid it takes your breath away”. Now if you’re a seasoned DIY investor and look at market dips as an opportunity to take advantage of short-term weakness, then great. But if you don’t have the time or expertise to time the entry and exit points to take advantage of these “stupid things” (and who really does when we lead busy lives?) then maybe a little extra help from a wealth manager could be just what you need.

They will help to cushion the potential blows in bad times and try to exploit events in the good – thus helping you preserve and grow your and your family’s hard-earned savings and investments more proactively than most people can alone.