Investors brace for a more challenging second half.

Signs emerge for a “changing of the guard”.

The first half of 2017 closed amid rising geopolitical tensions and market volatility – meaning a heightened focus on downside risk may well be warranted.

Expect a more challenging second half

June proved to be a volatile month for most asset markets, as the global economic and political landscape became even more confusing for global investors.

As an example, in the UK the failure of the Conservative Party to win an outright majority at the ‘snap’ General Election led to a significant sell-off in the pound, before a major recovery at the end of the month negatively skewed the performance of international assets. In the last few days of June month major equity markets suffered from an overdue bout of profit-taking, particularly in hot sectors like technology, exacerbated by significant upward pressure in government bond yields (as bond prices fell).

The volatility and creeping uncertainty of the last two weeks of the first half of 2017 have led us to reconsider our core views on the global economy and asset markets, and led to a number of further changes across our portfolios, thereby bringing a busy end to another period of significant activity in our strategies. The end result is that our portfolios have continued along the path of gradual de-risking that we have undertaken over the last year, as we have taken advantage of a sustained period of excellent performance from a range of investments.

While we are pleased with the returns we have made for our clients in the first half of the year, we are not resting up and recognise that the second half is likely to be more challenging, as asset valuations have become more stretched and investors have become increasingly complacent. With the escalation in geopolitical tensions and questionable political backdrop, we have decided to take advantage of buoyant markets to pursue a more cautious path. This stance should allow us the optionality of changing back to a more ‘on risk’ stance, should our view brighten, but now feels the appropriate stance to take after a wonderful period for asset market returns.

The current bull market has just celebrated its centenary – 100 months ‘not out’.

People have been calling its end since Brexit, but living in fear of an imminent bear market can be bad for your health and wealth. Anxious investors who pulled out of the FTSE 100 in the wake of the Brexit result have lost out on around 24% of returns.

A bull market is one that continues on a sustained upward trend and only ends when there is a downward drop of 20% or more over at least two months. In January 2016 markets entered bear territory for a short while when they dropped just over 20% from their previous market high of April 2015. This was defined as just a correction as they quickly recovered.

The current bull market is now past the average duration mark. Like most of its predecessors it has averaged annual double-digit returns, reminding us that bull markets can be very rewarding – if you can cope with the anxiety! The problem is that bear markets can be very painful and this sears in the memory of investors who, behavioural economists tell us, fear losses more than they enjoy gains.

So what next? Price/Earnings ratios are at the high end in many countries, but monetary policy is still supportive of equities. Economic data coming through is better and we have seen positive earnings revisions.

We do see pockets of irrational exuberance and the market failure to react to the UK General Election result makes us concerned that they are becoming desensitised to political shocks, but we think this bull market has longer to run.

There are rarely, if ever, ‘open and shut cases’ in markets. There are positives to be sure, as well as causes for concern. So we are talking about an environment where the risk of an equity market correction is higher, but not about a re-run of 2008.

The global economy is still growing and we may yet be several years away from the end of the cycle and the next recession. Equity markets across the world look set to report a synchronised pick-up in profits this year – the first time since 2010 when no major region has been stuttering on profitability – but expectations have risen to match. To assume that the current upswing continues means baking in a fair degree of optimism into present-day equity prices. There may be room for disappointment against these rosy forecasts.

For investors, there is always a balance to be struck between offence and defence, but we feel the current environment demands a stronger than usual focus on downside risk. We could be wrong or could be too early in calling this. Markets may be right to be optimistic about a continued strong economic upswing, and corporate earnings could still surge higher. And we know that stock market valuations can defy gravity for a long time. If that’s the case, our positioning would not provide for a bad outcome, more a case of missed opportunities. While we would still expect portfolios to make money, they would lag any flying markets and investors that are more aggressively positioned. On the other hand, if we are right that the environment could become more challenging, we should be relatively well-placed to weather a storm.

A “changing of the guard”?

The market had to deal with a mini-tantrum at the end of June, where various comments from central bankers, particularly Mario Draghi of the European Central Bank, led to a sharp rise in government bond yields. These moves subsequently impacted equity markets, with the previously ‘in vogue’ technology sector coming under pressure, and its market leadership being replaced by banking stocks. The central bankers’ comments largely pointed to a tightening of monetary policy.

The movement in financial stocks is a welcome reminder that the sector remains one of the cheapest relative to the broader market, whilst it also offers some protection should interest rates rise – the diversification benefits alone justifying positions in portfolios. Longer term, the sector does however face potential headwinds, notably disrupting technologies, regulatory change and increased capital requirements.

The outlook for technology stocks typically leads to a more provocative debate. Recently the FANGs (Facebook, Amazon, Netflix and Google) have been the largest driver of US equity market returns and bullish commentators suggest that the companies’ almost monopolistic dominance makes their growth practically certain, whilst the long-term potential also justifies the higher valuations.

Meanwhile, the bearish arguments are broadly threefold. First that these stocks could face significant regulatory headwinds – was the European Commission Anti-Trust ruling against Alphabet (owner of Google) just the start? Second, that new disruptors could change the market beneath their feet just as they did in time gone by – was Facebook buying Instagram and WhatsApp a defensive move? And third, as ever, when investing in highly-valued companies, the risk that growth slows and the valuations fall dramatically is very real.

It is likely too early to say that this is a turning point, but certainly there are signs of a changing of the guard, and hence diversification and some caution is required as we enter the thinly-traded summer period. 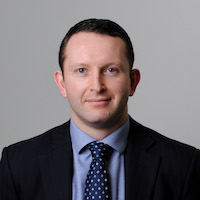