Equities are the asset class on everyone’s lips, yet “betting the house” could be unwise.

Here, leading professional investment managers tell us a little about how they are positioning their clients’ portfolios to maximise returns and minimise risk.

Equity markets have continued their march higher over the last few weeks, fuelled by optimism that the new US administration will deliver a pro-growth, anti-red tape agenda and drive faster economic growth and stronger earnings to companies. At the time of writing, the FTSE 100 index has risen by 4.4% since the end of January, with the S&P 500 index in the US up by 3.2% over the same period.

However, with the US Federal Reserve raising interest rates by 0.25% on 15 March and offering a measured outlook for US growth, employment and inflation, the immediate beneficiary seems not to have been equities but US Treasury bonds – as evidenced by their rise in value following the announcement. At the time of writing, the FT Actuaries Gilts All Stocks Index is up 3.0% since the end of January.

Political risks in Europe remain elevated, despite the general election defeat of the largest Dutch anti-Euro party on 15 March. With the UK triggering Article 50 and starting the formal process to leave the EU, along with French presidential elections in late April and early May, media attention remains focused on the potential for market disruption from populism and its after-effects.

After a strong year in equities, there’s a widespread sense that it may be time to pause for breath; and that perhaps, given the political risks on both sides of the pond, there may be an increase in volatility, or even a market correction. However, with economic momentum still positive, we would look beyond any such setbacks. Even if they have begun to rise in the US, elsewhere interest rates are still low – and at this very early stage of the tightening cycle, we believe there’s room for risk assets to continue to move higher. 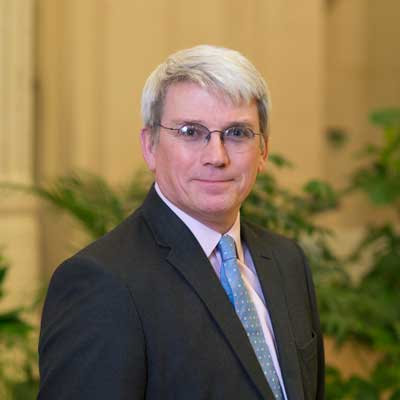 Global equities have surged to all-time highs as investors’ faith in US President Trump’s promises of boom times remained untrammelled by lack of detail. Markets are confident. Congressional approval for big spending and tax cuts will be given, and trade-offs will be more than compensated for by economic growth. Indeed, even US rate increases – the scourge of equities in times past – are being viewed as an indicator of confidence.

A year ago, this would have appeared whimsical, if not outright impossible. Indeed, the coming 12 months can, and may well, throw up more surprises that no one sees coming. These include post-Trump expectations of US growth falling flat. Or we may see a breakout year for the eurozone, where unemployment has finally fallen below 10%. And, whilst the prevailing consensus is that ‘Brexit’ will be longer and tougher than expected, the pundits could well be wrong. Europe has huge incentives to treat the UK well in negotiations.

Equities are still our most significant allocation across most portfolios: they offer value across some measures, and continue to be supported by strong momentum. Having said that, we recognise that markets can move with staggering speed; as a form of defence, we continue to have significant allocations to government bonds in spite of record low yields and high valuations.” 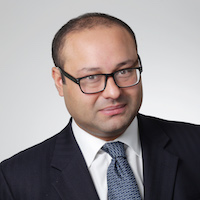 Smith & Williamson: European equities are starting to look more attractive to us

European equities have recently begun to look more attractive as an asset class. Nobody can dispute that the politics for 2017 are tricky, with populist forces in France and Germany hoping for a continental version of the Brexit and Trump shocks of 2017, although the recent failure of Geert Wilders in the Netherlands was potentially very significant. And some of the deeper structural issues associated the single currency, exposed in recent years, remain unresolved.

However, in investing everything has a price, and for investors willing to look beyond the political noise, there remain many high-quality companies at undemanding valuations, and consensus earnings forecasts are improving. Such opportunities should not be ignored by investors who seek diversified equity exposure.

Finally, the European Central Bank looks set to be a supportive actor for some time to come, with its asset purchase programme unlikely to end any time soon.

This is not a call to ‘bet the house’ on Europe, but merely an observation that a myopic avoidance of the region may well prove to be a mistake. There are funds available that focus on high-quality companies, particularly in the stronger north of the continent, and these are worthy of consideration for investing. 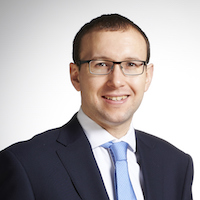 James Hambro & Partners: We see value in the UK and Japan

New inflation figures for February show CPI inflation rose to 2.3% – a hike of 0.5% in just a month and the first time the Bank of England’s 2% target has been breached since 2013.

Preservation of client assets is fundamental, so how do we position portfolios to protect them from the slow death of inflation?

A key response is to buy equities – these tend to be more positively responsive to inflation, especially if your portfolio is weighted towards companies best able to pass on rising costs with some degree of impunity. After being cautiously underweight equities for some time we are now back to neutral levels – still resisting the temptation towards excessive optimism that has been a feature of US markets since Trump’s election. We do, though, feel more confident about the global economy. Momentum remains good and the companies we meet report rising investment plans and an end to inventory de-stocking.

While some areas of the world look overpriced, we think there is still some value to be found in parts of the UK market and in Japan, for instance. In an inflationary environment we would expect movement from bonds to equities and this will drive prices higher.

We are underweight fixed income, and within our fixed income portfolios we have a bias towards index-linked gilts and US treasury inflation-protected securities. We think that if there is a surprise on the upside to inflation these will outperform conventionals.

Markets continue to be caught between the economic backdrop and political events although now, for the first time in years, we appear to have a synchronised upturn developing in all of the world’s major economies.

Ordinarily, this would be a clear positive, supporting the outlook for corporate earnings and encouraging yet more confidence in the markets. This in turn feeds through to yet more economic growth and further fuels stock gains. It enables us to favour equities over bonds – comfortable territory for our portfolios in particular. However, while current equity market valuations might raise some concerns and suggest we adopt a degree of caution, they are not necessarily stretched enough to justify any dramatic, near-term unease.

As we have written before, it’s the political uncertainty that investors must continue to contend with. In the UK, there’s the distinct possibility of a cliff-edge hard Brexit undermining sterling still further and knocking long-term confidence in the British economy. In the US, investors remain understandably uncertain about any likely fiscal and trade policy as the new administration finds its feet.

Meanwhile in Europe, there’s still the possibility of a Le Pen victory in the forthcoming French election, although admittedly it is not our most likely scenario. Germany’s elections are a little further ahead in September, and Merkel has already indicated this may be her toughest election yet. Either of these two events could put a serious spoke in the Brexit wheel of negotiations.

There has been a marked shift in the risk levels of our portfolios over the last twelve months. The misery of the early weeks of 2016 afforded contrarian investors a wonderful opportunity to buy asset classes such as US high-yield credit, emerging market equities, emerging market debt and resources companies at once-in-a-cycle valuations. Fast-forward twelve months and value is increasingly hard to find. Moreover, a year ago it was fear that coursed through the veins of investors; now rather worryingly it is rampant optimism.

We wouldn’t classify ourselves as ‘bearish’, but we struggle to reconcile valuations with the economic reality and have taken profits aggressively over the last twelve months. Japanese and North Asian equities, European asset-backed securities and short-duration credit are key positions in our strategy and reassuringly such investments still offer clients the ability to make money in the coming years, despite the great returns that markets have delivered over the last eight years.

Our focus has also progressively swayed from a deliberate slant towards deeply contrarian investment opportunities, where there were outsized potential returns from cheap valuations, towards more predictable investments, where we can probably be more certain of future returns and expect less volatility. The end result of this series of moves is that our portfolios are increasingly balanced, but focused only on our very best ideas; we view this as the only appropriate stance to take in a world where risks are high and valuations have risen, at a time where many investors have been increasingly exuberant. The time will come to take higher levels of risk across our investment strategies again, but in our view that time is not now.