You are here: Home › Wealth Planning › Great expectations: is your family heading for an inheritance fall?

Great expectations: is your family heading for an inheritance fall? 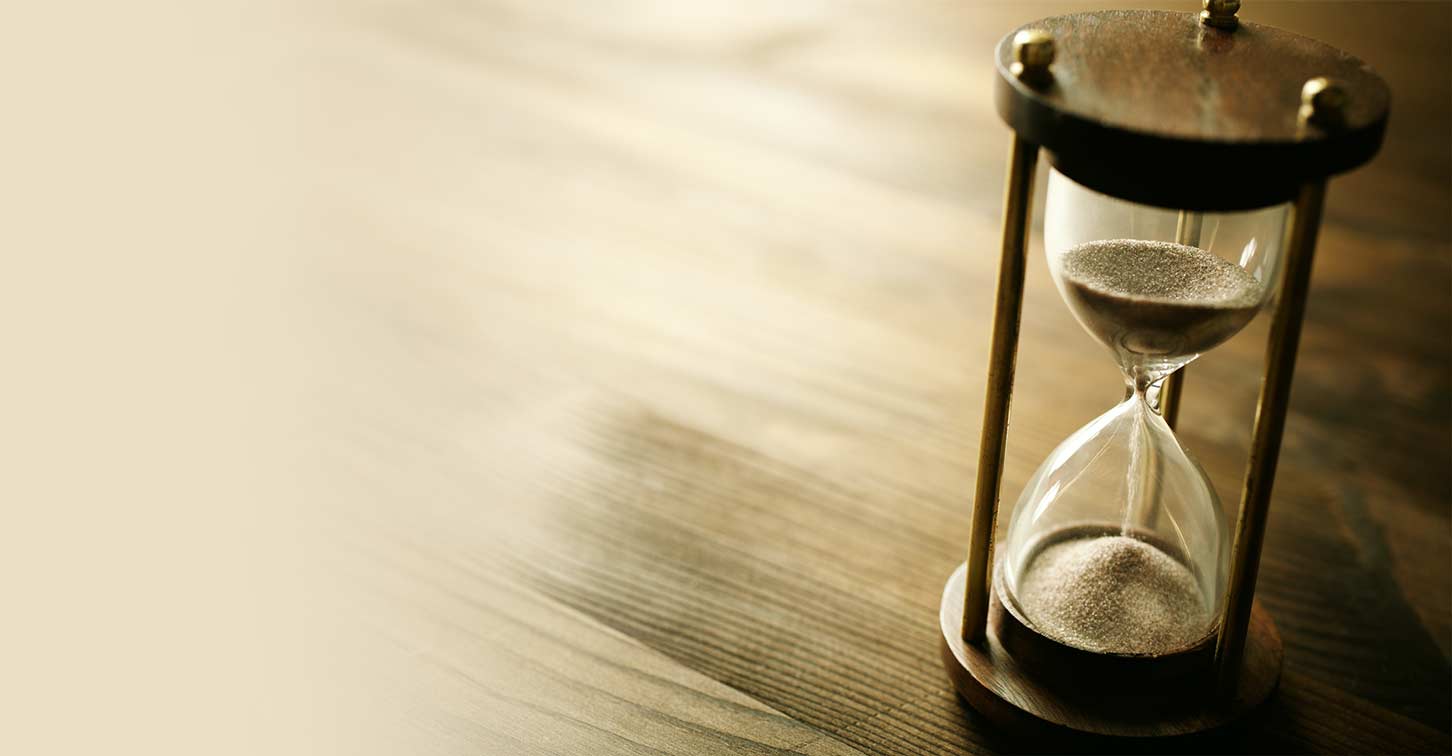 Great expectations: is your family heading for an inheritance fall?

New research suggests youngsters are relying far too heavily on the prospect of inheriting to solve their financial woes, while the older generations are themselves plagued by uncertainty over their own financial futures. Here, we take a tour of the key issues around inheritance all families need to air.

In times past, a person in line for a substantial inheritance was said to have “expectations”. Yet it seems the inheritance expectations of many people today may be misplaced, or at least need significant revision, as typical life trajectories change. While the older generations may indeed be planning to leave as much money as they can to their children and grandchildren, families need to be talking far more about the realities of inheritance today. Without tackling slightly taboo topics such as rising life expectancy, the crisis in elder care and future financial risks, many families may be heading for a real fall on inheritance.

Rocketing house prices mean that the number of property millionaires in the UK hit almost 770,000 this year(1), while at the same time the older generations have benefited from pensions and savings opportunities that mean many are wealthy independent of the money tied up in their home. The younger generations might be forgiven, then, for placing great faith in the fact that they, in turn, will eventually be sitting pretty.

But while we are indeed at the start of the biggest intergenerational wealth transfer in history, great danger lies in neglecting a slew of complicating factors that are only just coming into focus.

Too little, too late?

The first subject to be broached in family discussions is the relatively advanced age at which people will tend to inherit in future due to increasing life expectancy.

Worryingly, Sanlam UK has found that the assumption future inheritances will serve as a safety net is seeing almost two-thirds of 25-45-year-olds today putting off saving; the same kind of thinking has a third of millennials taking more risks with their spending and investments (2). Yet family money may be far longer in coming than they will need.

A 2017 report by the Intergenerational Commission predicted that the most common age at which today’s 20-35 year olds will inherit will be 61, meaning that millennials will likely have to buy their houses and raise their families before any inheritance windfall comes to pass, including the incredibly expensive exercise of putting their children through education (private secondary school fees now average £15,000 annually (3), while university tuition fees are touching £10,000 a year).

Not only are inheritances set to come later on in life than many people will have most need of them, bequests may not be all they hoped for either. Today, those in the 55-64 age bracket are the most likely to receive a substantial inheritance, but the median amount received is a relatively modest £33,000 (4).

In recognition of these facts, and in particular the difficulty of getting onto the property ladder today, parents and grandparents are increasingly considering giving inheritances early (or at least part of them). Aside from this ensuring money is given when it is most needed, this approach can also convey significant Inheritance Tax benefits, due to the “seven year gifting rule”; it will also allow donors the pleasure of seeing their financial helping hand in action. There are complexities around gifting, however, which mean that taking professional advice beforehand is essential

Although few children or grandchildren would be so avaricious as to be calculating exactly what their eventual share of family wealth will be, steps need to be taken to ensure that any notions they have in mind are, in fact, realistic. There are a number of limiting factors that need to be taken into account, affecting both how large inheritances are likely to be and the extent to which they may be relied upon.

Chief among these is the fact that people are living longer, more active lives than ever before. Life expectancy has long been rising, now standing at 79.2 years for males and 82.9 years for females(5), creating a plethora of knock-on effects. Firstly, those in or approaching retirement currently are having to plan for very much longer periods without earning – perhaps decades. Secondly, people’s expectations of later life are now very much changed, with travel and treats increasingly supplanting seclusion and slippers as their image of what retirement should be like. Retirees are therefore left with the weighty challenge of balancing their investments so they are able to enjoy their golden years to the maximum while also ensuring that they do not outlive their funds (see here for more on the unseen risks around retirement). As is their right, many are also opting to spend slightly more of their hard-earned wealth on themselves to live out their retirement dreams, rather than leaving it behind.

Third is the looming spectre of care costs. An unfortunate consequence of us living longer lives is a far higher incidence of cognitive decline (an issue which causes serious wealth management challenges in itself). Alongside other conditions requiring long-term care, the UK’s current 850,000 number of dementia sufferers is predicted to more than double in the next 30 years, leaving a huge number of families facing exorbitant healthcare bills they may be ill-prepared for. At present, a very optimistic 61% of UK adults do not expect their parents will require time in a care home(6), which carries an average cost of £3,208 a month(7).

With care fees so high, and government provision so woefully inadequate, it is easy to see how even a substantial pot of family wealth could be rapidly eroded away in future, leaving younger generations with very much less to inherit than they may have expected.

As if all these factors weren’t enough to give pause to those seeing future inheritances as their financial saviour, there are very real economic, investment and tax risks for families to also take into account.
Although we like to think of house prices only ever moving in one direction, the risk of a collapse is now very much on the minds of affluent individuals, with this currently being seen by 26% as a threat to their financial wellbeing(8). Also riding high in the list of concerns are long-term rises in inflation – which, of course, powerfully erodes the real value of wealth – and geopolitical instability hitting investment values.
Finally, and perhaps most important of all, are possible future changes to the tax regime around inheritance. While the inheritance-friendly Conservative government has been careful to increase the Inheritance Tax allowance at a high level, it has also taken measures like excluding trusts from the main resident nil-rate band to slightly curb the measures very wealthy families can take to mitigate IHT. If a Socialist-leaning Labour government were to take power – which is a very real prospect – then the IHT environment could become far less accommodating for those wishing to leave significant sums to their families.

An intelligent approach to inheritance

As has been made clear, there are very real dangers in the younger generations relying too much on the prospect of inheriting wealth, to the extent that it encourages complacency on building their own financial wellbeing. Numerous factors both within and outside the older generations’ control mean that they may come into family wealth later, and to a lesser degree, than they might expect. It is imperative that everyone gets proactive about optimising their wealth as early in life as possible.

None of this is to say, however, that affluent individuals can’t plan to keep as much wealth within the family – and out of the State’s clutches – as possible, and give generously to children and grandchildren when the time comes. What is required is early planning and wide-ranging discussions about who is likely to get what, and when, so that family members’ expectations are set correctly. Taking professional advice around pensions, investment strategy and tax mitigation is a vital first step in this process, and you may be surprised to learn what measures like establishing a Family Investment Company or trust could help you achieve.

It is never too early – or too late – to make proactive moves to optimise your investments and minimise your IHT liabilities so that as much family wealth as possible remains just that. If you would like to know what a professional wealth manager can do to improve your family’s financial standing for generations to come, put our smart online tool to work. Alternatively, for an informal discussion of your investment and wealth planning needs, please contact our expert team.

Are you confident you have met all your financial ...

Investment management and financial planning need to be studiously aligned to make the absolute most of your wealth, but all too often people can neglect the tax, structuring, retirement and inheritance sides of things.

The “back to school” mood means that we’re matching more people to wealth managers than ever this month, with both investment and financial planning related queries coming in thick and fast.

We see no signs of investors taking the traditional summer break and we’re also seeing users of our service getting very proactive on family wealth planning matters, too.