You are here: Home › Wealth 101 › What a Corbyn government might mean for your wealth

What a Corbyn government might mean for your wealth 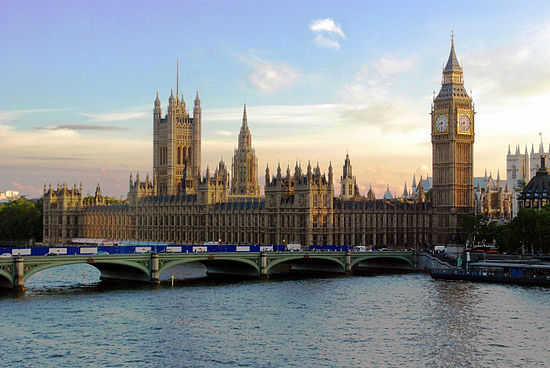 What a Corbyn government might mean for your wealth

The prospect of an ultra-left wing Labour government has wealthy individuals far more worried than the implications of Brexit – and so it should, if a raft of sweeping proposals is likely to come to pass.

Political in-fighting could mean that the Brexit transition deal plan thrashed out by Prime Minister Theresa May is dead in the water, leaving the UK facing the possibility of crashing out of the EU without a deal, a repeat referendum or – worst of all for wealthy people – another general election.

The ultra-rich are said to be already taking steps to protect their wealth in case Corbyn should become PM and left wing policies take hold in the UK, but even the more modestly wealthy cannot afford to ignore the risks to their financial wellbeing such an outcome is likely to bring

While the continuation of Brexit uncertainty is a huge challenge for investors generally, the prospect of a Socialist-leaning Labour government under Jeremy Corbyn is what is really keeping the affluent awake at night today. And this is a very real possibility: Labour MPs are reportedly under pressure to vote down the draft EU exit plan in order to force a snap general election and bookmakers now have Corbyn as favourite to take over from a beleaguered PM May widely not expected to last out the year.

The ultra-rich are said to be already taking steps to protect their wealth in case Corbyn should become PM and left wing policies take hold in the UK, but even the more modestly wealthy cannot afford to ignore the risks to their financial wellbeing such an outcome is likely to bring. Here are just a few of the possible eventualities affluent individuals need to have on their radars.

Warnings to the wealthy

Corbyn has repeatedly stated that his party would want to raise corporation tax back to its 2010 level of 26%, undoing the Conservatives’ progressive lowering of this tax on profits (their rate was set at 19% for the years starting the 1 April 2017, 2018 and 2019, falling further to 18% for the year starting 1 April 2020).

Entrepreneurs will naturally find this an alarming prospect for their own businesses, but higher corporation tax will undoubtedly also hit the dividends paid out to shareholders (alongside making the UK a far less attractive home), meaning that investors may need to take a long, hard look at the UK-based companies in their portfolios. Labour’s plans to fund a spending bonanza partially via tax revenues from technology giants should also give investors pause.

Raising taxation is in fact the dominant theme of Corbyn’s agenda, as might be expected from a Labour leader who has pledged to end austerity and cement his popularity among younger voters with free university education among other spending plans. Corbyn has avowed to hit the wealthiest 5% of the country, those earning above £80,000 a year, with higher income tax – and they could be hit very hard indeed by the Labour manifesto’s promise to lower the threshold for 45% tax and to reintroduce the 50% rate. In combination with moves to withdraw the personal allowance on incomes over £100,000 a year, the Institute for Fiscal Studies has predicted that some people will find themselves paying an effective income tax rate of over 67%.

Pensions reliefs are also highly likely to be in the firing line under a Corbyn government, with these already having been under threat for some years now. At present, pension contributions represent very generous tax breaks for wealthy individuals, but we can expect sweeping changes like a far reduced lifetime allowance if Labour were to win power.

With most people having a large proportion of their wealth tied up in their pensions, it is vital to take specialist advice on any retirement plans you might have, but particularly so if they need revision as a result of political change

Finally, those hoping to shelter their money in nearby favourable tax jurisdictions like Guernsey and Jersey might also have to think farther afield. There are fears that a Labour government may take away the UK Crown Dependencies’ rights to set their own tax rates and this is already prompting international investors to move their money to other offshore centres. Even more alarming than a possible clampdown on offshore jurisdictions, the Labour party has also hinted at the possibility of capital controls which would restrict the movement of money in the first place.

If all of this sounds a bit alarmist, I’d afraid that it should. Current opinion polls say that the threat of a Labour government is far, far outstripping Brexit in wealthy individuals’ lists of worries, and for those of us who remember the dysfunction of the 1970s this weighting of concerns seems entirely correct.

As with all things wealth management, the key is to take advice and action as early as possible. That way, you can ensure your investments and financial planning is suited to weather any storm – even the high-spending, high-taxation government we might find ourselves with in the new year. If you are unsure of how well set up your financial strategy is, start the process of finding the right adviser for your needs here. Alternatively, you can pose a specific question to our expert team and have an in-depth discussion of your needs at a time to suit you.

The investment strategy explanations contained in this piece are for informational purposes only, represent the views of individual institutions, and are not intended in any way as financial or investment advice.

Any comment on specific securities should not be interpreted as investment research or advice, solicitation or recommendations to buy or sell a particular security.

We always advise consultation with a professional before making any investment decisions. Always remember that investing involves risk and the value of investments may fall as well as rise. Past performance should not be seen as a guarantee of future returns.