You are here: Home › Wealth Planning › Why do wealth managers step in where high street banks fear to tread?

Why do wealth managers step in where high street banks fear to tread? 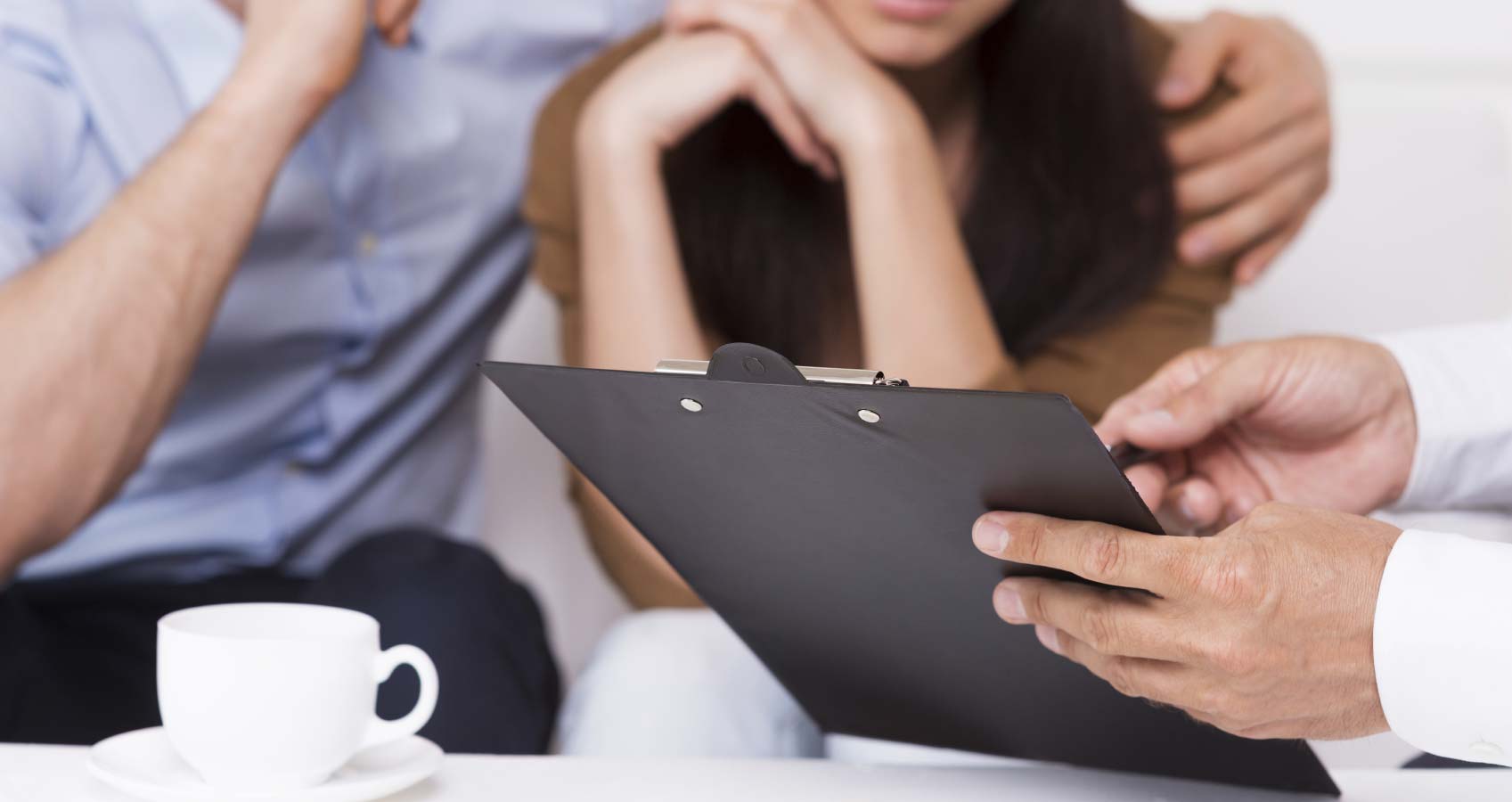 Why do wealth managers step in where high street banks fear to tread?

Colin Campbell, Private Banker at Nedbank Private Wealth, explains why the personal approach wealth managers take to mortgages provides a refuge for those frustrated by the increasingly mechanistic decision-making at mainstream lenders.

For many homebuyers and movers requiring a mortgage here in the UK, their first port of call is often a “high street” bank or building society, whom they either approach directly or via a mortgage broker. This is despite recent encouragement by the government to promote competition in the banking sector and is backed up by a report released in July 2019, showing that 70% of mortgage lending originates from just six high street names.

At first glance, I can see why it might make sense to approach a big bank, not least as it may be the one that you are familiar with and have used for years. It may even be the same one with whom you opened your very first savings account as a child, or student account when you went to university. After all, they have known you for all that time (and you might still have the pencil case!).

You and your relationship with your bank are a relatively unimportant part of the underwriting equation now, while your data has become much more influential

However, the pace of transformation and cost-cutting in the banking sector recently – allied to the number of customers, volume of enquiries and level of lending – has led to the rise of machines and complex algorithms to determine whether they should lend to you. As a result, you and your relationship with your bank are a relatively unimportant part of the underwriting equation now, while your data has become much more influential.

The same report highlighted, however, that there may be changes afoot to the current dominance by a handful of large lenders. This is being driven by a changing, more flexible workforce than before, and fewer of us have a traditional, “nine-to-five” job than might have been the case when these systems were set up.

The first is the growth in self-employment – up 28% in the last decade – and it is a rise that has been well-documented as more and more eschew being an employee to become an employer or at least their own boss.

However, while the self-employed numbers have grown, some lenders still require three-to-six months of bank statements and proof of income to set against the loan to income ratio against which they will lend – financial requirements that some self-employed may struggle to fulfil.

A second prompt is our ageing population. Again, this is not new news, but by 2042 almost one in four of us in the UK will be over 65. It should also hardly come as a surprise, therefore, that the number of new loans to borrowers aged 55 or older in 2018 grew by more than 50%. However, this can present a challenge as many lenders do not lend beyond the age of 70 and/or into retirement, even if the retiree has a strong and sustainable income stream.

Meanwhile, when digging into the detail, it transpires that some borrowers may face both these hurdles given nearly half the self-employed workforce is over 50 and one in five (19%) is over 60 in 2019.

This has led the way for lenders with bespoke or manual underwriting processes to start to turn the tide – something I was delighted to read. Instead of relying on automated decisions, lenders of this ilk are able to look at the person at the heart of the decision, their overall wealth, their character, as well as their ability to afford and repay a loan – good, old fashioned underwriting, in other words. A lending decision should never be based solely on a borrower having sufficient “insurance” (security) – this should only ever be a last resort.

We often encounter affluent individuals who have struggled to have their needs fully understood when approaching mainstream lenders for high-value mortgages and other credit streams. Private banks and wealth managers are well-versed in dealing with those with large but uneven income streams or other specialised needs, and will work to understand you in the round. Why not see what private client lending could do for you via our 3-minute search?

An art rather than a science

For wealth managers, the changes to our population have led to a greater number of clients feeling “shut out” by high street lenders’ commoditised approach. This has presented us with additional opportunities to help our clients. Not only do we have a more flexible, common-sense approach to lending, but we strive to really know our clients – even down to their pets’ names through to the nuances of their dietary preferences. A client of mine for example never orders red meat, not because it’s red meat, but because he doesn’t like it to be too rare.

This bespoke approach also presents other opportunities as it allows for lending to be used as a wealth planning tool, rather than simply putting a roof over one’s head

This bespoke approach also presents other opportunities as it allows for lending to be used as a wealth planning tool, rather than simply putting a roof over one’s head. It may also mean that you don’t have to make other decisions that result in unwanted consequences. So, if your investment portfolio has experienced a significant increase in value, selling it may lead to a large Capital Gains Tax bill in the current tax year. Or, it could be that you do not want to sell a buy-to-let property due to the current market conditions.

Meanwhile, when deciding whether we will lend to you, rather than making a judgement based on your annual income, we can take a view that encompasses the broader family. We often help clients get their children (and grandchildren) onto the property ladder because we have confidence in and an understanding of the family as a whole. It may also mean that no-one needs to dip into other investments or savings to fund a property purchase. This is important, although I have to caveat that there is always the risk that your home may be repossessed if you do not keep up the payments on your mortgage.

We often help clients get their children (and grandchildren) onto the property ladder because we have confidence in and an understanding of the family as a whole. It may also mean that no-one needs to dip into other investments or savings to fund a property purchase

Last, but definitely not least, we can often make a very quick decision. It can take over six weeks for some lenders to give you a decision. Meanwhile, the UK housing market is seeing some of the lowest levels of new housing stock making its way onto the market – something that’s been attributed in part to the current political and economic uncertainty since levels have dropped back down towards the levels recorded in June 2016. All the while, demand remains strong for the right type of property, in the right area and at the right price. Having the opportunity to find a new home, and have the confidence to make an offer knowing the finance can be quickly and efficiently approved, is only really an option with a handful of lenders. It may even mean the difference between you picking up the keys to a new residence or buy-to let before the next John Lewis Christmas ad has hit our television screens!

Having the opportunity to find a new home, and have the confidence to make an offer knowing the finance can be quickly and efficiently approved, is only really an option with a handful of lenders

At the very least, it is worth a conversation to explore the options and find out more. 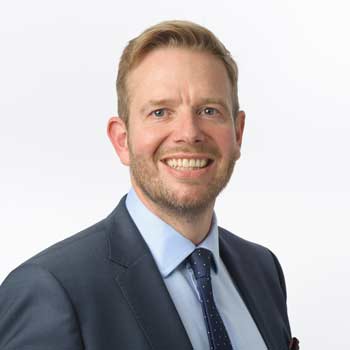 Colin joined Nedbank Private Wealth’s City of London office in 2010. Prior to this, he spent 15 years with Barclays, working within its retail, commercial and wealth management divisions. He acts as a trusted adviser to a select group of high net worth clients, which include private individuals, professional intermediaries, companies and trusts. Colin provides his clients with a tailored and holistic private banking service, offering integrated banking, lending, investment management and fiduciary services.
This site uses cookies. By proceeding, you are agreeing to our Privacy policy, including the use of cookies and other tracking technologies.Accept