You are here: Home › Tax › You could blink during the UK Autumn Budget and not miss anything 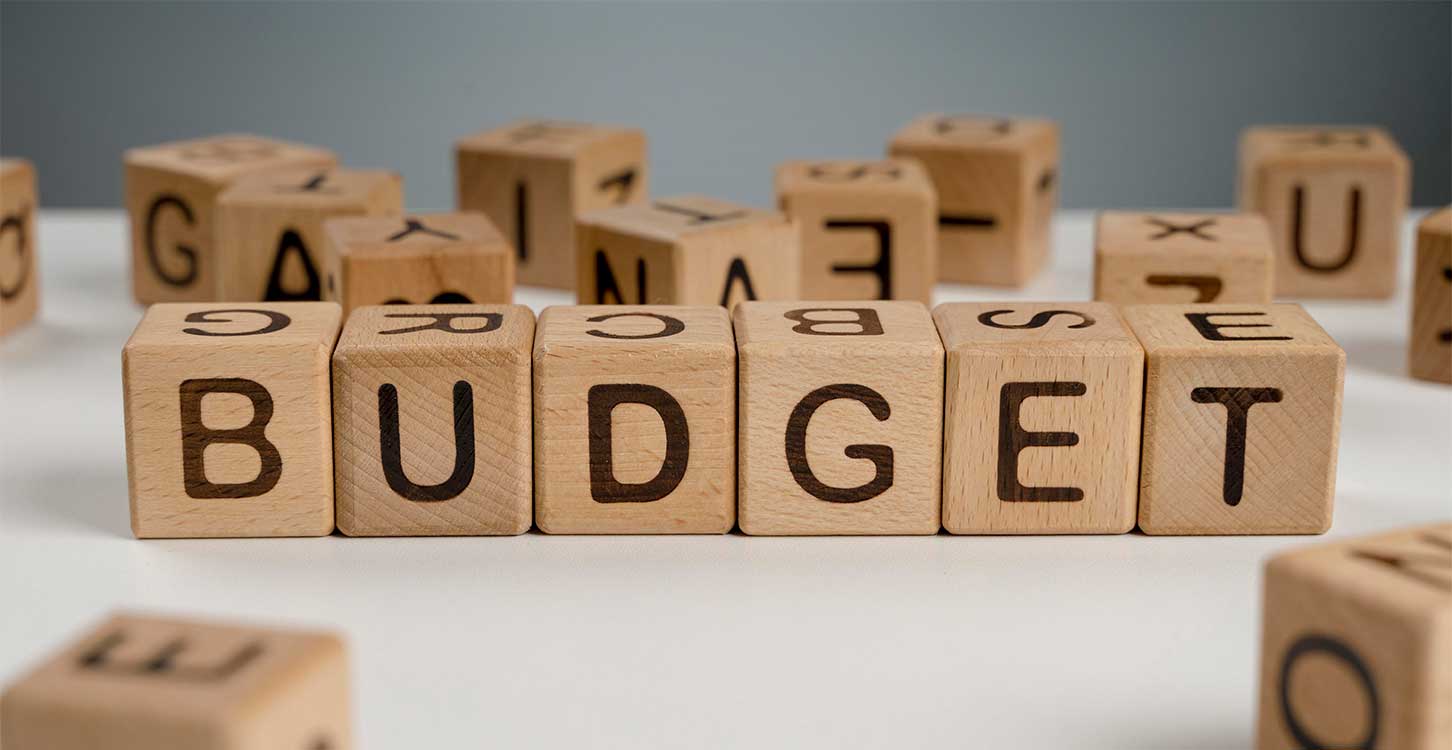 With no major announcement on personal tax, the UK 2021 Autumn Budget may seem benign. However, most of the ‘bad news’ was announced in the months leading up to the budget, with significant tax increases on the way which UK tax payers should be aware of, as John Williams, Head of Wealth Planning at Nedbank Private Wealth, explains.

As we tuned in to listen to Chancellor of the Exchequer Rishi Sunak’s optimistic announcements from the dispatch box, it was easy to forget the number of changes that had already been published for 2022 as part of the March 2021 Budget, or in the series of statements ahead of the day.

These included the personal allowances for Income Tax, Capital Gains Tax (CGT) and the Pension Lifetime Allowance frozen until 5 April 2026, which were quickly seen as the stealth tax measures they are. However, given the grim state of the economy at the time, they seemed to have gone unnoticed by many.

In order to avoid an estimated £8 billion surge in pensioner pay outs, increases will now follow the higher inflation rates or 2.5% only

Since then, we have seen more changes published. One key announcement was a pause in the pension triple lock for a year. Introduced in 2010, the intention at the time was to set in place a three-way annual guarantee, with the state pension set to increase by the largest of the three relevant measures: increases in average earnings; price rises as measured by the Consumer Prices Index; or a flat 2.5% hike. However, in order to avoid an estimated £8 billion surge in pensioner pay outs, increases will now follow the higher inflation rates or 2.5% only.

Given the criticism he received for breaking a 2019 Conservative Party election manifesto promise following this announcement, perhaps Sunak decided that a further change ‘vetoed’ in the manifesto could be introduced with regard to National Insurance (NI). Now, from 6 April 2022, there will be a temporary 1.25% increase in NI contributions for class 1 (employee) and class 4 (self-employed) to be paid by individuals, as well as a matching 1.25% increase for employers.

Pensioners to pay the new levy

The following tax year, this temporary increase will be removed as NI rates return to current levels. Instead, however, there will be a new tax in the form of a ‘Health and Social Security Levy’ from 6 April 2023, the proceeds from which will go to the Secretary of State to help pay for the burgeoning costs of health and social care. This is a significant deviation from previous measures in that it will also apply to the earnings of the employed and self-employed above the state pension age. Previously, no pensioners paid any form of NI.

And, although it was a relatively minor increase, it is worth highlighting that dividend tax rates are also set to increase by 1.25% from 6 April 2022. This move leaves rates at 8.75% for basic rate taxpayers, 33.75% for higher rate taxpayers and 39.35% for additional rate taxpayers – another set of odd numbers for historic reasons.

Given there were no headline-grabbing tax hikes in the latest budget, you might not realise how some changes may simply be paving the way for more … just not quite yet.

Given there were no headline-grabbing tax hikes in the latest budget, you might not realise how some changes may simply be paving the way for more … just not quite yet

The first of these is the view that the changes in the approach to taxing alcohol – which saw the number of tax rates fall from fifteen to six – may be an indication of what’s to come for Inheritance Tax (IHT) which, aside from the introduction of the nil-rate property band in 2017, is still based on legislation from 1984. To provide a comparison, the legislation underpinning income tax dates from 2007.

There are plenty of recommendations to consider given the Office for Tax Simplification released two papers detailing substantial proposals for IHT in 2018 and 2019. Then, the snappily titled All-Party Parliamentary Group for Inheritance and Intergenerational Fairness published its own paper proposing a complete overhaul of the tax’s existing rules.

The second is that CGT may still be due for reform. One minor amend that did make its way into the 27 October announcement was the change in the reporting of property sales that incur CGT, typically buy-to-let properties. Before the change, the timeline was 30 days to report and pay the tax. This has now been extended to 60 days which, although it is not generous, is probably more realistic and welcome. However, given this tax was also subject to a review by the Office for Tax Simplification, which led to a May 2021 report, this amend could be the first ahead of more substantive change.

One minor amend that did make its way into the 27 October announcement was the change in the reporting of property sales that incur CGT, typically buy-to-let properties

Tax certainly isn’t the only lens you should see managing your wealth through, but it is undoubtedly a hugely important one. As this piece highlights, there is a lot of fine detail in the government’s plans that High Net Worth Individuals need to be aware of and a professional adviser will be invaluable in interpreting them for your precise situation. You have nothing to lose and potentially a lot to gain by taking advantage of our fast, free and objective matching service.

So, what can we expect if there are more tax changes?

If we believe that we could still see changes to IHT and CGT, two areas have been repeatedly discussed: the amount people can gift that will ‘fall out’ of their estate for IHT purposes after seven years; and that CGT gains are ‘washed away’ on death.

Here, speculation focuses on a maximum gifting allowance being set, or a change to the seven-year tapering, or both. If these were to come into force, individuals might only be able to gift up to a particular amount before their death for the gifts not to be taxed. At the moment, it is relatively easy to ‘remove’ assets from your taxable estate by gifting as much as you want and surviving for seven years.

Speculation focuses on a maximum gifting allowance being set, or a change to the seven-year tapering, or both. If these were to come into force, individuals might only be able to gift up to a particular amount before their death for the gifts not to be taxed

Another consideration is that the current approach to tapering is simplified and the timeline shortened to five years. At the moment, this sees the 40% rate dropping to 32% after three years and again each year before the rate is zero after seven.

What should you do?

While some took the Chancellor’s comment before he concluded his speech that taxes would reduce before the end of the current parliament in 2024 to mean we could see these reduce in 2022 or 2023, others believe this may not be the case. Yes, the economy is doing better than was previously expected, but we are a long way off balancing the books as has traditionally been preferred by the incumbent political party. His proposed aim not to raise taxes further, and indeed reduce them, is based on the premise of strong economic growth for the remainder of this parliament.

His proposed aim not to raise taxes further, and indeed reduce them, is based on the premise of strong economic growth for the remainder of this parliament

However, whichever way you are swayed, what you do with your wealth should not be governed solely by taxation, but instead be carefully considered through a more comprehensive wealth planning approach that seeks to balance your financial goals in your lifetime and those for your family, based on your individual circumstances. Using this approach, which may present opportunities for tax-efficient investment and wealth structures that have not previously been considered, you can make informed choices rather than react to news headlines that may never happen. 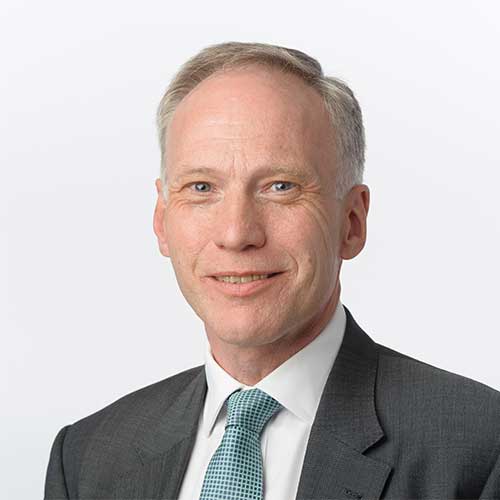 John Williams heads up the wealth planning proposition for Nedbank Private Wealth. With over 25 years of advisory and management experience, working for global organisations, he provides practical solutions to a wide variety of UK and international clients. John joined the team from Credit Suisse UK where he was head of wealth planning for five years, and held similar senior roles at Barclays and UBS.

You could blink during the UK Autumn Budget and no...

Personal tax may have been out of focus in the Autumn Budget, but that should not obscure the gravity of changes which had already been announced.

An overhaul of the Capital Gains Tax regime looks likely to be coming soon, meaning that those with significant exposure need to act fast to manage their liabilities down.

Foreboding about an overhaul of the Capital Gains Tax regime has added to existing concerns on Inheritance Tax, all while investors struggle to make sense of the current investment environment.