It is important to highlight at the outset that these changes don’t apply to defined benefit pension schemes. So final salary or career average pensions, such as those offered by the public service and some larger employers, won’t be included.

These changes can potentially benefit pension investors generally, but it is wealthier individuals with larger pension pots who probably have the most to gain.

While in the past most people have generated an income from their pensions through buying an annuity which produces a guaranteed income for life, many high net worth individuals have utilised capped drawdown or flexible drawdown which allowed them to draw an income while their pension fund remained invested.

However, both of these types of drawdown have their limitations. With capped drawdown investors are only allowed to take a certain level of income, broadly linked to comparable annuity rates, while flexible drawdown is only available to those with a minimum amount of secure pension income from other sources. It is also difficult to use either of these for estate planning purposes as lump sum death benefits are taxable at a punitive rate of 55%.

The new rules mean that those in capped drawdown can choose to stay there if they wish, although they’ll still be limited to 150% of Government Actuaries Department (GAD) rates, in terms of how much income they’re able to take. If they do this they can continue to benefit from an annual allowance of £40,000, which means they can make new pension investments of up to £40,000 each year.

This approach is particularly beneficial for those who want the option of making larger pension contributions. This is because if, after April, they decide to increase income payments or withdrawals to more than the GAD limit then they will automatically be moved into flexi access drawdown and their annual allowance will be reduced to just £10,000. So those in capped drawdown need to make a decision between being able to take a higher level of withdrawals from their pension or being able to make larger ongoing contributions.

Flexi access drawdown will be introduced from April 2015. This works in a similar way to flexible drawdown, but with people not needing to have a minimum amount of secure pension from other sources in order to take advantage of it. This effectively means that anybody aged 55 or over will be able to take whatever they want from their pension whenever they want with no restrictions.

As above, once flexi access drawdown is utilised, an individual’s annual pension allowance reduces to just £10,000. They also won’t be able to utilise “carry forward” to benefit from previous unused pension allowances, an option which is available to other pension savers.

While flexi access drawdown, as the name suggests, provides a great deal of flexibility, there are also risks involved. Pension assets will remain invested, which means they could potentially fall in value; income levels might not be sustainable and products offering this could impose additional charges.

There are also possible tax implications. The first 25% of the pension fund can be drawn tax free but the rest will be subject to tax at an investor’s marginal rate of income tax. This is where people need to be careful. Withdrawals above the 25% tax-free element will be added to somebody’s income in that particular tax year. If larger withdrawals are made in the same tax year there is an increased likelihood that more of these amounts will be subject to higher rate income tax at 40% or additional rate tax at 45%. For many people, sensible financial advice and tax planning can reduce a potential tax liability if withdrawals are to be made.

It will also be possible to draw a lump sum from, the imaginatively titled, Uncrystallised Fund Pension Lump Sum (UFPLS). This refers to a pension fund where a lump sum, or series of sums, is taken but no decision has been made about what happens to the monies remaining in the pension wrapper and there is no obligation to move into a drawdown product.

Those looking to use UFPLS need to appreciate that it will be less flexible than flexi access drawdown, won’t be offered by all providers and could also incur additional charges.

For many high net worth investors one of the most interesting elements to the new pension rules are the changes to death benefits. These charges have been cut significantly and because pension assets currently sit outside of somebody’s estate for inheritance tax purposes, there is now the possibility of passing pension wealth through the generations tax-free. This means that pension funds can play a far more important role in effective tax planning.

This might be an important consideration and for many people could mean that it is more tax-efficient to draw income from other wrappers, such as savings accounts or ISAs, and to leave pension investments untouched.

There is no doubt that pensions have never been more attractive and the rule changes create fabulous financial pension planning opportunities. The previous restrictions will soon be gone and going forwards, with initial income tax relief, tax-efficient growth, tax favoured death benefits pre- and post-retirement, inheritance tax advantages and far greater flexibility, pensions can do much more than simply provide for retirement.

The need for advice

However, while the new rules have created planning opportunities they also create pension planning issues through more complexity and more risk that people will make the wrong decisions. Never before has it been more important that those planning for retirement, taking pension benefits, sustaining income in retirement or undertaking estate planning, take independent financial advice.

Without the right independent advice, people risk not having a sustainable income, generating too little income, paying too much tax or taking excessive risks. All of these could detrimentally affect their and their family’s wealth – and potentially even their standard of living. 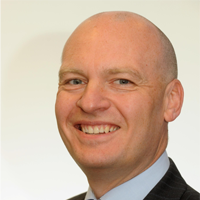 The best (wealth) present women can give themselve...

Everyone knows about the yawning gender pension gap, but all too often women bury their heads in the sand, rather than proactively tackling the problem.

Saving on tax and investment costs are frequently not given the attention they warrant, but both are hugely important parts of any affluent individual’s wealth management strategy.

You don’t have to simply accept punishing tax charges on your pension and estate as a High Net Worth Individual, so consider joining our users in proactively planning to protect your wealth.