Dominic Khoo launched The Watch Fund back in 2013 to give investors the opportunity to invest in limited edition luxury timepieces that they also get the chance to wear.

Here, he debunks some of the major myths about watch investing. The record-breaking prices fetched by pieces like the Henry Graves “Supercomplication” have really highlighted the investment potential of watches. How easy is it to make money in reality?

The first thing is that it’s virtually impossible to make money buying normal pieces on a retail basis. If you’re buying brand new from a retail shop they will have a margin and the manufacturer will have a margin, so then how are you going to buy something brand new, use it and then later sell it for more then you already paid for it? I would say that for 99.9% of watches out there you will definitely lose money if you buy like that. That would be the best way to collect watches though; forget about the money making and buy what you like. You need to know that there’s a huge distinction between shopping and investing though.

There may be some people who have been spending lots of money on collecting lots of watches and have got lucky on a few pieces, but overall most people will have lost a lot of money on their portfolios. In fact, a 20-30% loss is incredibly lucky as most people lose 50-60%.

There are only two ways to make money with any consistency. Number one, you somehow get to buy a watch that money can’t buy; number two, you buy watches at prices other people cannot get.

There’s no particular brand or model: it all comes down to a particular watch – and you need to be careful. You could go after a limited edition of which there are only 15 pieces in the world, because that would fulfil the criteria of rarity. But you’d have to ensure that it really is a limited edition because there have been many occasions when manufacturers have made 15 pieces, then they make another 100 pieces that are only slightly different, before going on again to make 200 pieces of a slightly different edition saying it’s not the same when really it is.

If it really is a limited edition you could then try to get the number one piece – which is ideal – or maybe the number eight which is something you can sell to the Chinese market [eight is the luckiest number in Chinese culture]. You might even try to get the prototype piece on a number zero, which is even better. But then it’s still a case of the price that you are buying at versus the sale price. Just because someone is holding out for a number one doesn’t mean they are going to spend any amount of money.

Are there any particular brands investors should focus on?

Brand is not the way to go when it comes to investing and in fact it’s probably going to be the way you trip up. You will be sorely mistaken if you think you will make money just on the basis of brand. It’s like expecting to make money just because you’ve bought a Ferrari. If you bought a Ferrari like any other person bought one you are just going to lose a lot of money. Why should someone give you a profit on your second hand item when they can go buy a brand new piece for lower?

The brands which know that they are popular raise prices, which means you are always overpaying. If you are overpaying for pieces, then they can’t hold value by definition because you overpaid for them in the first place. Learning to navigate an opaque, complicated market is key – knowledge is king.

So is purchasing power one of the main benefits of investing via a fund such as yours?

It’s a case of having someone to buy for you at the right price and then sell at the right price – someone with the ability to buy something that other people cannot ordinarily buy using their skill and connections. The fund adds value by doing things that the ordinary individual cannot do – and more importantly by being completely aligned with the investor. There are annual/management fees on The Watch Fund; only transaction fees apply.

For instance, a database of 9,000 collectors call us and buy directly when they are ready, whereas if you sell through an auction house, they take a 25% buy fee and a 20% sell fee.

Investors in The Watch Fund get to actually wear the pieces in the portfolio. How does that work?

Let’s say someone has invested $250,000. We will give them three or four watches that we have chosen because we know which pieces will make them money. Then, over the course of the year we will telephone them to tell them which watches to return to sell at the right time, so before the year is up they will have sold those three of four watches for a net profit of over 20%.

Investors take delivery of the watches the day after their funds have cleared and can immediately wear them. However, being investors, they are people who protect the watches incredibly well and so most of them never wear the watches. In fact you could say none of our 60+ investors like watches at all; we’ve achieved the impossible task of selling six-digit watches to people who don’t like watches!

So, is there a big distinction between investors and collectors to be drawn?

We have been doing this unofficially for 16 years and you can tell that generally investors are people that really have no interest in watches at all. They think it’s ridiculous that anyone should buy and wear $300,000 watches, they really do. However, collectors are people who don’t give a damn about an 80% loss or gain because they just want to buy and keep the watches. It’s understanding this difference that makes you money.

In fact, the minute investors become interested in watches, they have difficulty selling because of their love and emotional attachment to the watches and that’s when they don’t make money.

Where is the biggest market for luxury watches today?

Asia is the most major market and China is still probably the biggest luxury watch market in the world, but really it’s difficult to know how much the Chinese are buying. The Chinese don’t necessarily buy in China – and in fact generally don’t – because import and luxury taxes make prices very high there. Likewise, buyers in Singapore and Hong Kong will want to buy overseas.

Most sellers will tell you that China recently has been taking a hit in the market; it may be taking fewer watches, but in the ultra-high end they have been taking more. Ultra-high end pieces with demand out stripping supply is where your best chances of appreciation will be – as long as you buy at the right price.

Watch investment seems to be a predominantly about pieces for men. Are women getting more involved now?

I think more wealthy women are getting into watches and beginning to understand the distinction of mechanical watches over quartz watches. They’ve made the jump from quartz to mechanical quite quickly. The women’s market is not as sophisticated as the men’s market when it comes to selecting complicated time pieces as yet, but women are learning very rapidly nowadays. The Watch Fund does have a couple of female investors who are happy to change their million dollars of watches yearly – with a profit, no less!

If you’d like to start a conversation with Dominic Khoo please contact the Find a Wealth Manager team HERE. 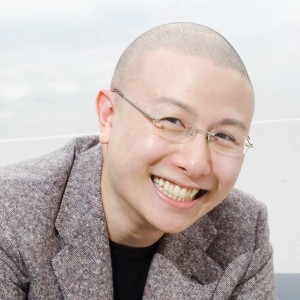 Dominic Khoo launched The Watch Fund back in 2013 to give investors the opportunity to invest in limited edition luxury timepieces that they also get the chance to wear.