You are here: Home › Investing › Performance › Key ways to protect your portfolio from inflation

Key ways to protect your portfolio from inflation 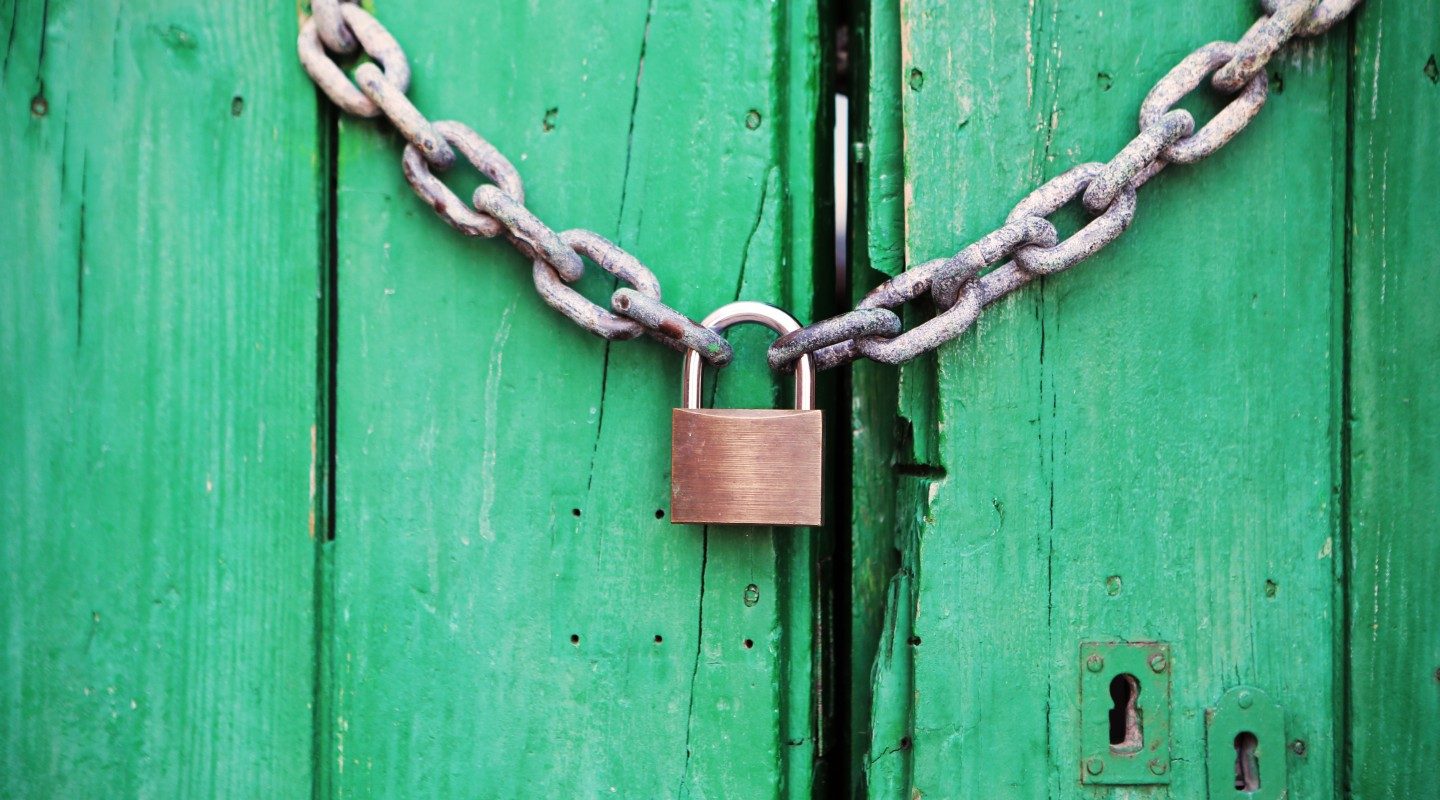 Key ways to protect your portfolio from inflation

Investors should make no mistake: we are entering an age of inflation that will necessitate a thoroughgoing reassessment of their portfolios. Here, experts from the findaWEALTHMANAGER.com panel of institutions give their tips on how to defend wealth from its erosion effect.

Inflation is now clearly really taking hold and is chief among the financial concerns cited by the affluent users of findaWEALTHMANAGER.com. Some startling figures are coming out on both sides of the Atlantic, with January seeing the UK hit an inflation rate of 1.8% – its highest since the summer of 2014 – and some analysts now predicting levels of 3% or even more by the end of 2017 alone.

News of sharply rising oil, food and air travel prices has underscored how the cost of living is rocketing for all. Yet arguably it is affluent investors who stand to be most dramatically impacted by inflation, simply because their lifestyles tend to make them more broadly exposed to its effects. Hikes in private school fees typically far outstrip rises in the official inflation rate, for example, making these a case in point.

As inflation begins to really bite, investors need to have the way that it erodes wealth absolutely front of mind, investment management experts are warning. In this environment, they must take every step to fend off the rising spectre of inflation – avoiding common money management mistakes and ensuring they are buffering their portfolios with wise asset allocation (and product) choices.

The “safety” of cash: a dangerous illusion

Lots of investors like cash for its perceived stability, in the belief that ‘you can’t lose money in cash’. But while it is completely reasonable to be loss-averse, clinging to cash can be hugely self-defeating.

In an inflationary world, your savings have to work harder. Your money needs to keep pace with inflation, just so the value of your nest egg stays the same, and cash investments and ISAs have not been able to offer that kind of return for some time,” he says. “You might not see the number in your bank account going down, but in real terms – how much you can buy with that money – it has done.

As such, the stability of cash “is absolutely an illusion”, Kumar observes.

With interest rates having been so low for so long, proactive investors will have been diversified out of cash for some time now. But nor is fixed income a safe haven for your wealth because, as with cash, inflation eats away at the real value of the principal investment and the “coupon” bonds pay out. Those looking to sustain their lifestyle long term solely via the lowest-risk asset classes might therefore be in for a nasty shock.

As with cash, the perception that fixed income investments are to be totally relied upon has become illusory in some regards, with much of the blame for dashed expectations to be laid at the door of quantitative easing (or money printing, as it is often called). As Rory McPherson, Head of Investment Strategy at Psigma Investment Management, observes:

Thanks to the largesse of Central Banks, the bond market has been greatly distorted – the result being that having the word ‘inflation’ in a bond’s name is zero guarantee that it will protect against inflation, and, in fact, the case could well be the opposite,” he says. “The very fact that inflation linked bonds have returned over 130% over the last 10 years – in a period of disinflation – bears testament to this.

Not all bonds are created equal

McPherson therefore urges bond investors to be very wise in picking the right kinds of inflation protection and combining them well with other types of investments. In his view, bonds that look likely to perform well are those that exploit the change in break-even rates and which don’t have exposure to movements in generic bond rates (the break-even rate refers to the difference between the yield on a nominal fixed-rate bond and the real yield on an inflation-linked bond).

For its part, Psigma is favouring short-dated, inflation-linked bonds generally, but sees particular value in certain vehicles focused on American inflation (it having risen to an annual rate of 2.1% in the US already). However, in explaining why his firm is accessing this theme through the Fidelity Global Inflation linked fund, McPherson underscores just how easy it would be to get bond selection wrong if investors don’t fully appreciate the regional and sectoral variations at play.

This Fund offers zero currency exposure, but does offer exposure to US inflation rates, which we see as structurally more exposed to rising wages as opposed to the transitory pressures of a weak currency and high(er) commodity prices that are prevalent in the UK,” he says. “These traditional approaches of targeting inflation are combined with inflation-sensitive assets such as resources (via the First State Global Resources Fund) and financials (via the River and Mercantile World Recovery fund), which benefit from a steeper yield curve and increased pricing power.

Buy equities, but not indiscriminately

DIY investors in search of simpler precepts to follow should know that the fact equities generally rise in value alongside inflation makes them an important means of defence, says Kumar. However, the short-term volatility of stockmarkets (not to mention the highly uncertain geopolitical environment looking ahead) should warn investors off of piling into the markets indiscriminately or “putting all their eggs” in the one equities basket.

There are many moving parts to the equity markets and they can be impacted (or not) by any number of other factors: just look at 2016 and the reaction to Brexit and Trump for a couple of examples, Kumar says.

Over the long term, as earnings rise, equities should protect your spending power – but on any given day, week, or month however, that may not be the case.

People who might have to access funds held in the form of equities at short notice might find their need for cash comes at a very inopportune time given the choppy waters we find ourselves in; meanwhile, those who are uncomfortable seeing the bulk of their assets rising and falling frequently (and possibly significantly) in value could also find their investment journey being very disquieting indeed.

If, however, an investor is fairly sanguine about volatility, they may want to explore explicit inflation protection through the purchase of instruments called inflation swaps, according to Kumar. These are akin to having just the inflation guarantee part of an inflation-linked bond, meaning that they rise in value as inflation rises, without being mitigated by any of the dampening effects usually associated with bonds, he explains. This makes them more volatile than fixed income, but much more aligned with the inflation protection that investors are likely to be looking for.

As a final note of caution on how to cope with inflation, Kumar warns against over-exposure to commodities. As he notes, it makes intuitive sense that commodities feature highly on the list of assets that rise with inflation, since the price of goods increases because it becomes more expensive to produce them and the cost of the raw materials has gone up. However, he urges investors not to be seduced by the notion of “What better investment than the raw materials themselves?”

Commodities can only be appropriate for part of a portfolio, as supply and demand also play a part here too, he says.

Investors should also consider whether the price of, say, copper rising or falling will actually feed through into their lives. Since the correlation with their own basket of goods is likely to be imperfect, commodities exposure is highly unlikely to deliver the inflation protection investors need alone. Nor are commodities an area to be dabbled in by those without deep knowledge of these markets (and their interrelation to other asset classes).

As McPherson concludes, “Expecting higher inflation is one thing, being prepared for it is another”. And it is clear that being properly prepared for it is in light of your unique circumstances another thing still. But while there is no “magic bullet” that will protect portfolios from what could be rampant inflation in years to come, there are several investment strategies savvy investors should be exploring now if they have not already done so. Protecting wealth from the erosion effect of inflation should always be a top priority – but now more so than ever. As inflation ticks up, the spending power of your money spirals down and if you haven’t already taken evasive action further inaction could be a very costly mistake.

If you haven’t considered using a wealth manager before – or if you haven’t reviewed your existing manager to check their competitiveness and suitability try our smart online tool. Or, if you would like to discuss your situation with our straight-talking team, please do get in touch here.

The start of a new year has our users thinking about fresh starts on a number of fronts, but making their wealth work as hard as it possibly can is a running theme.

Are you looking at investment performance the righ...

Securing better-value fees is one of the most powerful moves you can take to make sure your wealth grows as strongly as it can, but there is still too little appreciation that net returns are the figures to pay attention to.

Behavioural biases, Biden and Brexit are dominating our conversations with users this month as both investment risks and opportunities are carefully weighed up.