You are here: Home › Expert Corner › Investor democracy – A conversation with Mark Atherton of The Times

Investor democracy – A conversation with Mark Atherton of The Times

Investor democracy – A conversation with Mark Atherton of The Times

The Investor Democracy Campaign was started by Mark Atherton in 2014 to promote a greater say for end investors in funds and collectives.

How did the Investor Democracy campaign first come about?

When you look at major events in the last few years, particularly the banking crisis of 2008, a lot of people felt very frustrated because as ordinary individuals who might have had money in a pension fund or unit trust with exposure to UK banks, they didn’t directly own shares and so had no say in what was happening at RBS, Lloyds or any of the banks that failed. They never had a say in Fred Goodwin’s remuneration, they just read about it in the papers.

As millions of people have money invested indirectly in the stock market I thought it would be a good idea to extend Investor Democracy to the underlying investors because at the moment they don’t get a say.

What is the major issue that concerns investors?

Executive pay has not really been reined in over the decades and makes a lot of investors very angry. If you look at the FTSE 100 index in 1999, it stood at close to 7000. We’ve only just broken back through that barrier yet executive pay has gone up many times over. It clearly wasn’t on the basis of improving share prices so is difficult to justify. And as the boss of one insurance company might sit on the remuneration panel of a fund management group, and vice-versa, there are potential conflicts of interest with no one wanting to rock the boat. Small investors would have no such qualms as their own pay doesn’t depend on this arrangement.

What are the obstacles to the Investor Democracy campaign?

The fact that it’s a new idea. I’m not aware of anyone suggesting this before so there’s the shock of the new. And we’re asking fund groups and pension funds to cede power to investors. One pressing issue is the way the distribution system in the UK works. Only about 10% of investors deal directly with fund groups as the vast majority of unit trusts and some pension funds will be purchased through a platform or intermediary, and only they will have investors’ names and contact details. Without getting the big intermediaries and platforms on side, bringing about Investor Democracy will be difficult.

Pension funds and fund groups may be reluctant to give up any powers, so what’s in it for them?

We need to restore trust in the financial services industry, which has been battered by a number of scandals. Trust needs to be rebuilt and one way of doing it would be to pass voting power down to investors and make people feel that the City is a place in which they can participate.

Taking that leap to build trust could be a very strong marketing angle, as it’s difficult to differentiate between many UK funds, but would it result in higher fees?

Inevitably there will be an extra cost to set up a system informing investors about AGMs. Any one fund might hold 50 to 100 stocks and if you’re going to send out an email about each AGM for investors to vote on maybe a dozen resolutions, that‘s potentially a lot of paperwork. Technology is making it more feasible though. Brewin Dolphin has an online service for direct investors. They gave me a trial run and it works quite well. If you weren’t interested in something you didn’t have to vote on every resolution.

An important question is whether investors care enough to go through scores of AGM resolutions each year?

That’s the big unknown as it’s never been tried before. The appetite comes with eating, as the French say. How many of us knew we’d be fanatical texters or be glued to smartphones before they came onto the market? On the train or bus home with laptop or mobile we might flick through to see any AGMs and quickly cast a vote. It would take five minutes and wouldn’t be difficult. One of the attractions of Investor Democracy is that you’d be able to register very precisely your feelings on, say, executive pay, for example. It’s about having that extra club in the bag, being able to vote on individual issues means a more nuanced approach to investor engagement.

What are your chances of success?

I am reconciled to the fact this will be a long journey. I just hope that by doing a series of articles that we will build up the interest. I remember battling over the issue of fund charges for a long time and it’s only in the last couple of years that the Retail Distribution Review has banned commission on new business. I suspect it will be a similar lengthy process with Investor Democracy.

Where do you go from here?

It’s about carrying on producing articles that catch the reader’s eye, particularly when chief executives’ remuneration is up for discussion. I’ll continue discussions with fund groups, financial groups and pension groups. It’s always difficult persuading people to take the first step but I think this is a subject that is well worth persevering with.

Click HERE to find out more about the Investor Democracy campaign.

If you haven’t considered using a wealth manager before – or if you haven’t reviewed your existing manager to check their competitiveness and suitability – use findaWEALTHMANAGER.com to research and find your ideal wealth manager. Simply try our smart online tool. Or, if you would like to discuss your situation with our straight-talking team, please do get in touch here. 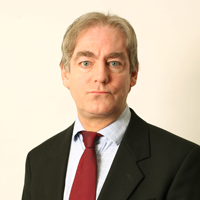 Times Money journalist. Mark has launched a campaign to encourage pension and investment funds to enable them to vote on resolutions at the annual general meetings of companies in which their investments are placed.