This month, our wealth management experts debate the extent to which fears of an impending recession are justified, giving their assessment of key stock markets, sectors and global currencies along the way.

Experts see solid reasons to favour sterling over the US dollar

Seeking “compounder” stocks advised at this point in the cycle

With economic growth now expected to be at its slowest pace since the global financial crisis, the “R word” – recession – has started to rear its ugly head, replacing the previous moderate language of a gradually slowing global economy. Unpredictable international trade policies are clearly damaging industrial output and investments – when companies do not know what tomorrow will bring, they naturally exercise a “wait and see” policy before they are willing to invest. But lower levels of consumer price inflation are creating some headroom for central banks to act, and whilst they now have less room to manoeuvre than in previous downturns, their power of language can also convey messages that should have a similar effect to help restore some business confidence.

So, are we heading for a global recession or will it just be a flirtation with one in certain corners of the world? There is no precise way of telling what will happen, but when one takes the average rates of growth for the seven years between 2011 and 2018, we find that things are not quite so bleak.

There will be pockets of very weak or negative growth in areas of the eurozone, which might technically mean recession in some countries, but it should be relatively short lived

In the US, for example, the current OECD growth forecast is above the average seen over the past few years; forecasts for Japan and the entire euro area are both weak, but are not significantly different from their averages of recent years. Only countries like Germany and the UK really stand out as having had a material change in direction. Overall, the picture does not look as bad as some forecasters are painting.

Our assessment at the moment is that we will get a window of weakness rather than a full-blown global recession, and that the period we are now in and going into the year-end will probably turn out to be the economic nadir for most developed economies. There will be pockets of very weak or negative growth in areas of the eurozone, which might technically mean recession in some countries, but it should be relatively short lived: the likes of the European Central Bank, for example, are already taking steps by unleashing more stimulus. Elsewhere, it is evident that economies such as China and India, whilst also seeing slower growth, are still providing encouraging support to the broader economic picture.

Another important point to note is that the last time central banks had to respond in unison to recessionary conditions was during the global financial crisis – this was a reactionary move at a time of great uncertainty, designed to shore up the financial system. It worked (eventually), but was still a reactive rather than proactive move. Today we have an entirely different scenario – global growth has been slowing for the past 18 months or so, but policymakers are already adopting a pre-emptive approach – this should ensure that any recession, or flirtation with one, is short-lived.

Now, more than ever, we believe that active management is particularly relevant and important whilst a more uncertain backdrop persists. 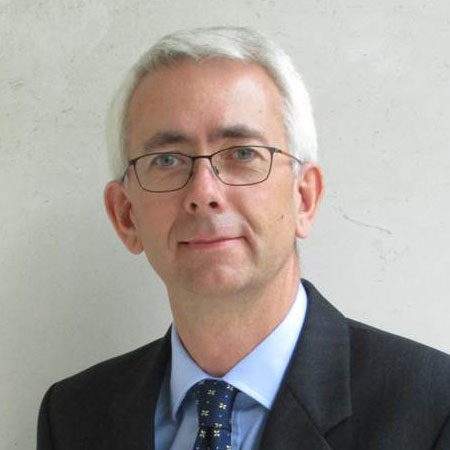 2. Should investors fear an economic slowdown?

Global growth has slowed significantly in 2019, with the OECD downgrading its expectations for world growth to 2.9% this year. While the bulk of the slowdown has been concentrated in the manufacturing sector, investors are wondering whether they should be battening down the hatches and preparing for a wider storm.

Looking at the manufacturing sector in isolation, the evidence is concerning. One survey of US manufacturing unexpectedly entered contraction territory in August and many believe Germany, an export dependent economy, is already in recession.

Yet the picture appears more mixed outside of manufacturing. The US consumer is holding up relatively well, with lower interest rates leading homeowners to re-mortgage and spend less servicing their debt. There are signs of weakness spilling over to the European consumer, however, with retail sales having lost momentum.

Changes in the UK economy, for example, explain about only 10% of the change in UK corporate earnings. That said, investors should probably expect a period of weaker performance from stock markets

For the meantime, this could still turn out to be a “mini slowdown” in the global economy rather than a recession. It could turn out similar to the experience seen in late 2015 and early 2016, when falling oil prices led to a fall-off in orders for industrial machinery. We may be seeing a similar phenomenon now, with trade tensions and stricter Chinese emission standards leading the slowdown across the industrial economy this time round.

Company profits are not exactly correlated to the strength of the economy, however. Changes in the UK economy, for example, explain about only 10% of the change in UK corporate earnings. That said, investors should probably expect a period of weaker performance from stock markets. Manufacturing may only be a small part of the economy, but it tends to be overrepresented in the stock market, making up two fifths of the US market. Investors will be watching this quarter’s earnings reports more closely than usual. 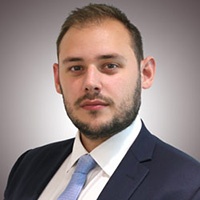 Get Your Investment and
Planning House in Order Over past weeks, we have seen the UK economy playing FTSE with losses as the pound received an uptick in value against the dollar, adding pressure on UK equities and seeing around £100bn wiped off the index.

Overall, fears regarding markets across the world – fuelled by ongoing trade uncertainties – have left investors anxious. Movements within equities over the past quarter have been largely shaped by central bank rate cuts, limiting harder drops as the US’ 10-year treasury yields decreased from 2% to as low as 1.46% – with impacts rippling across borders.

Before we can develop a more heartening outlook for stocks, further progress on the trade talks between the US and China would need to take place, and an overall improvement in economic data to be assessed

The Brussels crowd is clearly worried about potential trade disruption from a hard Brexit, while US-EU trade tensions are also rising. Beyond this, weakness in external demand – particularly from China – amplifies market risks across Europe and in London. In this state, before we can develop a more heartening outlook for stocks, further progress on the trade talks between the US and China would need to take place, and an overall improvement in economic data to be assessed.

Looking ahead, we expect yields to remain suppressed and we advise being nimble on sterling. Additionally, given our assessment indicating that a hard Brexit on 31 October is unlikely, we continue to expect the pound to gradually realise its higher fair value and favour the currency against the US dollar in our asset allocation. 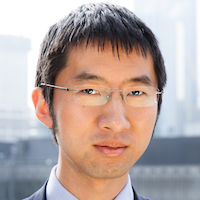 It’s all too common to slip into a degree of “investment paralysis” when times are uncertain, but staying on the side-lines is likely to be highly self-defeating when interest rates remain stubbornly low. As our expert commentators point out, there may be compelling investment opportunities amid the gloom and you can seek to exploit these in a tightly controlled manner with the backing of a professional investment advisory team. Why not set up a free initial consultation through our 3-minute search?

4. Selective equities to retain their shine

Overall, the last quarter was characterised by weaker global economic data. In an attempt to prolong the current economic expansion, the US cut interest rates in both July and September. Similarly, responding to weaker economic data, particularly in the manufacturing sector, the European Central Bank (ECB) cut interest rates further into negative territory. It also restarted quantitative easing and looks to continue such efforts to stimulate growth until it achieves its inflation target.

In the UK, the seemingly never-ending Brexit saga dragged on, with parliament passing legislation that will force the government to ask for an extension if it can’t agree a deal with the EU. Sterling reacted positively initially before resuming a weaker trend.

In Japan, the consumption tax hike has just come into place, denting consumer confidence and posing a risk to an economy that is already feeling the effects of the global slowdown in manufacturing.

The US-China trade war continues. Further tariffs, due to be implemented by the end of the year, are expected to diminish global demand and hence economic activity. China is certainly feeling the pinch with slower growth reported in industrial production and retail sales.

So, there remain many questions about the outlook for global growth. This has driven investors into larger, “safer”, “value” stocks in recent weeks, but with many major central banks taking proactive steps to safeguard growth, bond market valuations suggest that on any pull back, certain equity markets would be relatively attractive. 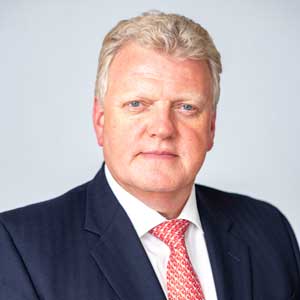 Value stocks had a recovery last month, as we have been warning they might at some point. These are stocks perceived to be trading below their intrinsic value for reasons often beyond their control.

Take, for example, banks and energy companies. These did well when the Chinese economy was on a lung-busting sprint in the noughties, driving global growth. They are finding it harder now.

September’s value recovery was not sustained, and we think these stocks will continue to face headwinds as global growth stalls. We continue to favour quality stocks – companies that are less exposed when the harsh winds of an economic cycle blow in their faces.

We call some of these stocks “compounders”. They grind out reliable earnings year on year. Some of this is distributed to shareholders as dividends and some is reinvested by the company. Over time, these earnings compound – the money reinvested delivers more earnings, which in turn are reinvested. It’s a virtuous circle. These stocks can come at a relatively high price but we still think they are worth it. 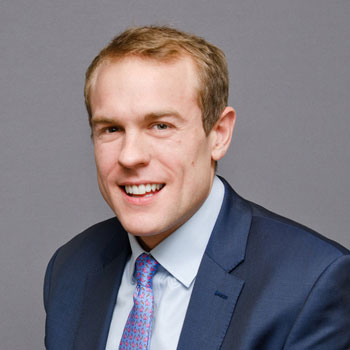 The investment strategy explanations contained in this piece are for informational purposes only, represent the views of individual institutions, and are not intended in any way as financial or investment advice. Any comment on specific securities should not be interpreted as investment research or advice, solicitation or recommendations to buy or sell a particular security.

We always advise consultation with a professional before making any investment decisions.

As the economic horizon darkens, investors are going to need to pay close attention to the asset classes – and individual holdings – they populate their portfolios with; careful bond selection is just one element of this.

Inflation and interest rates continue to dominate airwaves, but investors should not let bad news deter them from pursuing good opportunities to grow their wealth.

Home bias and currency risk should be front of mind for High Net Worth Individuals as geopolitical drama and monetary policy ramifications continue to rock markets – and in turn many investors’ portfolios.