findaWEALTHMANAGER.com is a gateway to UK’s leading wealth managers. We regularly tap their expertise for the benefit of our users.

Looking ahead to investment tips in July, the mixed fortunes of bonds, the prospect of rate hikes and a reversal of Q1 investment trends top the agenda – along with the implications of growing business confidence in the UK.

A mixed picture in fixed income

The recent falls in the sovereign bond market appear to be driven by sentiment rather than fundamentals. The fall in prices has been concentrated in longer dated bonds while shorter maturity bonds have moved relatively little, reflecting no significant change in interest rate expectations. We continue to favour shorter duration positioning relative to the wider market and believe the US Federal Reserve will raise interest rates in the second half of this year, with the Bank of England starting to follow suit mid-2016.

Meanwhile, corporate bond markets have moved in parallel with sovereign bonds, but spreads continue to hold steady. We believe this may reflect a positive view on corporate balance sheet strength, but we do have a number of concerns at the same time. The trend away from fixed income trading by investment banks means that low liquidity levels are likely to persist. Longer duration corporate bond funds and trackers are most at risk from investor outflows and vulnerable to sharp price movements. There is some value in this asset class, but we remain highly selective because of these factors.

Interestingly, sub-investment grade credit has remained relatively stable compared to the sharp moves seen in other bond markets. The enhanced yield appears to have acted as a buffer against the wider bond market volatility and default rates remain low. However, investors need to be aware that this market has historically behaved more in line with equity markets and so does not offer the diversification benefits of higher-quality bonds. 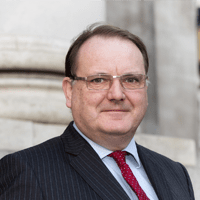 Be ready for US, UK rate hikes

Given that the US Federal Reserve and the Bank of England target an inflation rate of 2%, and that inflation in both these countries is still well below this level, there is seemingly little pressure on these central banks to hike interest rates. The Consumer Price Index in the UK in May was at 0.1% year-on-year, having moved out of negative territory. In the US, core PCE (personal consumption expenditures) one of the US Federal Reserve’s favoured measures of inflation, fell to 1.2% during the same period. However, central banks are intent on not falling “behind the curve”, so a number of forward looking indicators, rather than just current inflation levels, need to be considered in determining when might be an appropriate time for the US Fed and Bank of England to make their moves.

One such indicator is wage growth. The labour markets of both the US and the UK have recovered significantly since the financial crisis, but productivity growth and average wage increases have remained subdued despite the improvements in economic growth. Much of the growth in output has been produced by an increase in total hours worked, rather than in output per hour worked, and employment growth has been driven largely by lower-skilled, lower-paid occupations.

However, against the backdrop of a tightening labour market we have started to see a pick-up in average wages both sides of the Atlantic. In the US, the 2.3% year-on-year rise in average hourly earnings in May was the fastest rise since 2013; whilst in the UK, average weekly earnings excluding bonuses rose by 2.7% year-on-year over the three month period to April, the highest since 2009. The timing of a lift-off in base interest rates from still “emergency” levels may be influenced by external factors, such as geopolitical developments, but will primarily be data-dependent. Wage growth will continue to be one of the key data points closely monitored by both the Fed and Bank of England. 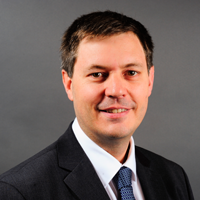 Head of Research at Killik & Co

As the second quarter ends, it could not have been more different than the first quarter. Many of the strongest trends seen in Q1 have completely reversed in Q2: bond yields have moved sharply higher; the euro has rallied versus the US dollar; and eurozone equities have fallen from previous peaks.

We expect bond yields will continue to move higher in the next six months. In aggregate, economic growth, policy measures and inflation dynamics are all consistent with an improving macroeconomic picture and provide a supportive environment for growth and reflation of developed markets. We anticipate that the US Federal Reserve will be in a position to raise interest rates by September, and as markets discount the diverging policy from the Fed and European Central Bank we will see the return to a weaker euro and higher European equity prices.

Throughout Q2, Greece has been a persistently prominent feature shaping market movements. In our opinion, the consequences of a “Grexit” are lower than most investors believe. Many of the contagion concerns surrounding a Greek default in 2011 and 2012 have diminished. The private sector exposure to Greece is no longer significant. Bond yields in the rest of periphery have fallen to near record lows, budget deficits are lower and current accounts are now much stronger. Meanwhile, the eurozone is participating in the global economic recovery, while it was in midst of recession years ago. Finally, banks are much better capitalised than there were four years ago. In our funds we have been adding to European banking stocks on weakness; recent volatility has pushed many of them below tangible book value

Rising wages can be a double-edged sword. On the one hand, they erode company profitability, which can have a potential impact on share prices and the capacity of businesses to reward shareholders through dividends. On the other, they are a sign of an improving economy and therefore something to be welcomed in the UK.
Wages are not the only indicator of economic recovery here. Consumer and business confidence data all point to a more positive outlook than we have had in years.

The company managers we have seen lately have certainly sounded more upbeat. Before the election we encountered a fair amount of inertia, with managers reluctant to sanction capital expenditure. Now they are starting to appear more confident of the UK enjoying a stable economic and political environment for the next five years, and firms are showing signs of more willingness to invest.

In the UK equity space, mid-cap cyclicals – firms like house builders and retailers that might benefit from consumers having more to spend – are of particular interest to us at the moment. This is as opposed to the large-cap arena with significant overseas earnings, on which we have been focused in recent years. With around 60-70% of the revenue of the FTSE 100 being international, strengthening sterling may present short-term challenges for those firms that generate most of their earnings overseas.

We are still confident about equities generally and, correspondingly, we are underweight bonds. Given the market backdrop just discussed, this is not a reflection on firms’ ability to meet their debt payments but an awareness that we are getting closer to the point at which interest rates will start to rise and this could put pressure on capital values. Whilst there may not be an almighty scramble when the gate opens, there could be quite a long and noisy queue out the door.