In this monthly investment views a selection of leading UK wealth managers share their opinions for February 2015.

A word of warning on inflation-linked gilts

Inflation-linked gilts may have been a good bet in years gone by, but those still holding them today might be well-advised to dump them – unless, that is, they see apocalyptic inflation on the horizon.

An inflation-linked gilt is a gilt in which payment of income on the principal is related to a specific price index – often the CPI. Investors have typically used inflation-linked gilts (linkers) to protect themselves and their portfolios from unexpected inflation: linkers pay a regular coupon that rises in line with the Retail Price Index, and the final return of capital at the end of the bond’s life is also indexed to inflation. A highly appealing investment, one might think: and with linkers priced to offer yields of 2-2.5% above inflation in the period before the financial crisis, we would have agreed.

A negative real yield changes the picture. Think about this: who would want to buy an investment that, if held to maturity, guarantees a return of inflation minus nearly 1% a year – over 10, 20, 50 years? That makes it guaranteed to destroy wealth if held to maturity. In what circumstances could that be a good long-term investment? Answer: only if other investments were even worse. One circumstance in which this could happen is if there is rampant inflation – inflation so destructive to asset values that you would be happy to walk away with just a relatively small loss.

But isn’t the world’s problem deflation, rather than inflation? It’s interesting to consider what would happen to linkers if deflation were to prevail. Investors would receive progressively less and less income from their linkers and, in many cases, would also end up losing a good deal of their capital value. This is surely one of the strangest anomalies of the bull market in many fixed income asset classes – inflation-linked bonds that are extremely unlikely to protect investors against inflation and that will destroy wealth, if held to maturity, in both inflationary and deflationary scenarios.

Motorists may be rejoicing over falling prices at the petrol pumps, but there may be wide-reaching effects on investment portfolios as the world adjusts to cheap oil prices.

As 2015 begins, crude oil, and its subsequent price tumble,  is at the centre of the challenges facing global financial markets. Cheap oil looks to be with us throughout the year and perhaps beyond. While investors may need to adjust their expectations, it isn’t necessarily all doom and gloom.

Once a market has collapsed it usually takes time – at least several months, perhaps much longer – for it to stablise and form a base. Patience is warranted throughout this process. The days of $100 oil are behind us for now, and that price might not be regained for some time. The energy industry will need time to adapt, perhaps through selling assets, cutting capital spending and decreased production. And while energy securities may need more time to adjust to the new, lower price regime, there should be some opportunities ultimately created.

Though the collapse of oil price has been alarming at some points, the consequences for the global economy will be mostly positive. Globally, energy is one of the biggest costs for both consumers and businesses. Any decline in oil prices will tend to increase available income for discretionary spending, debt reduction, and capital investment, thereby padding consumers’ pockets. 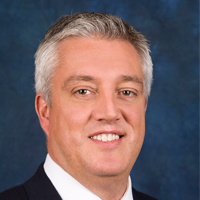 ECB President Mario Draghi has finally pulled the trigger on quantitative easing, but while European stimulus measures will create beneficiaries, investors may also need to prepare for fissures opening up between EU member states.

After almost two years of waiting, Mario Draghi at last found the impetus and support to allow the European Central Bank to intervene directly in markets to try and stimulate the European economy.

This action was much anticipated, leaked by various parties (merci, M.Hollande) and led to significant responses before the policy was even announced. The Swiss central bank announced an interest rate of -0.75% and abandoned its euro peg (fixing the value of the Swiss franc to the euro), causing consternation amongst exporters and the Swiss tourism industry alike as the currency appreciated considerably. Other economies with close links to Europe, such as Turkey, also moved to protect the value of their currency. Will this bigger than expected ECB action cure the ills of Europe, or merely delay the inevitable?

Market responses have been significant, but we are concerned that this attempt to paper over the cracks in the European project will instead highlight the fractures between member states. In the short term, the winner looks to be the European consumer and exporter who are being encouraged by government stimulus, low inflation, low oil price and the fall in the euro to spend and invest now. So, as investors we will look to the beneficiaries of increased consumer spending, but keep a wary eye on when it might be ‘game over’ for Super Mario. 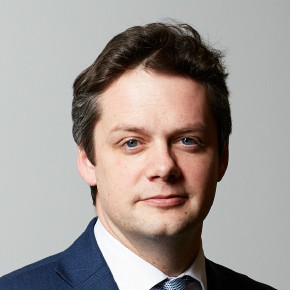 The euro, yen and Swiss franc may have dominated the headlines, but investors need to be aware of likely moves by a number of national banks as global currency wars continue.

Extreme currency volatility has been a significant feature of global markets in recent months, which we believe is a by-product of divergent central bank policies and ultra-loose monetary conditions. Currency wars are now raging across the world.

The first notable salvo in this latest, vicious outbreak of hostilities was the weakening of the Japanese yen, which was a direct consequence of the huge quantitative easing (QE) effort by the Bank of Japan, in an attempt to move the country out of deflation. Next was the strengthening of the US dollar, driven by signs of a genuine recovery in the world’s largest economy and the Fed’s likely shift from ‘easing’ to ‘tightening’. The unintended but unsurprising consequences of this move were falling commodity prices and weakening emerging markets currencies, particularly those with twin deficits (current account and budget deficits) as people scrambled for US dollars.

Whilst these trends continue, the euro has once again stolen the spotlight. Until recently, the euro had been resolutely strong due to the inaction of the ECB. Finally, after it became clear that all options were expended, the ECB yielded to market pressures and hit the button on the printing presses to the tune of €60bn a month. The result has been a materially weaker euro.

The Swiss franc, a traditional safe haven, had been suffering from huge capital inflows and, aware of the ECB’s likely action, the Swiss National Bank abandoned their ‘peg’ against the euro and moved deposit rates even more negative, after it became increasingly impossible to defend their peg.

Elsewhere, the Danish National Bank (also pegged to the euro) introduced negative interest rates to stem flows into their financial markets. There are now expectations that Sweden and Norway may follow suit and Japan is now also said to be considering its next move. We expect these elevated levels of volatility we are seeing in currency markets today to remain for the foreseeable future, as the ‘race to bottom’ continues apace and central banks determinedly stick to their currency-trashing policies, in an attempt to foster inflation and growth.

We believe the policy is designed to reduce the embedded equity risk premium and will therefore lead to a re-rating of euro area equities in the months ahead. A cheaper euro will boost globally-oriented companies, and we continue to own LVMH, Hermes, BMW, and L’Oreal as global companies which report their earnings in euros. We expect the weak euro will lead to double-digit earnings growth for these companies even with very modest volume growth. These companies would also double benefit if the domestic economic outlook also improves with QE facilitating growth.

The ECB confirmed last week that it will undertake explicit quantitative easing thought the remainder of this year and much of 2016. This reaffirms the ECB’s commitment to boosting growth prospects and combating deflationary risks. The policy does not have an explicit target to reduce the value of the euro, but it is implicit in all the central bank’s actions.

The dollar is expected to continue to strengthen throughout 2015 while the euro slides, leading analysts to predict dollar-euro parity before the year is out – the first time this will have been seen since 2002.

The euro continued its march lower after the quantitative easing measures announced by the ECB added further downside pressure on the currency. A programme of buying that will amount to €1.1 trillion (or €60 billion per month until September 2016) was cheered across Europe as stock markets rallied, and the intended consequence of a weaker currency is anticipated to help Europe out of its economic stupor.

After the extreme volatility caused by the Swiss National Bank the week before, markets have continued to enjoy some welcomed trending moves continuing, with the dollar and the Swiss franc the main beneficiaries alongside sterling, which reached a five-year high versus the euro.

One surprise is that markets have not panicked following the Greek election results. The feeling seems to be that a renegotiation of the European financial package that Greece received or the extreme case of a ‘Grexit’ could be managed in a more orderly manner without the associated contagion. It is anticipated that any profit-taking rally seen in the euro will be met with further selling as the trend looks firmly in place for a continuation, with market forecasters queuing up to offer views from their crystal balls. A consensus amongst said forecasters suggests parity for the euro vs the dollar is the medium-term focus.

The investment strategy explanations contained in this piece are for informational purposes only, represent the views of individual institutions, and are not intended in any way as financial or investment advice. Any comment on specific securities should not be interpreted as investment research or advice, solicitation or recommendations to buy or sell a particular security. We always advise consultation with a professional before making any investment decisions. Always remember that investing involves risk and the value of investments may fall as well as rise. Past performance should not be seen as a guarantee of future returns.