Investors braced for impact from interest rates and inflation

UK cyclicals also a cause for concern.

Looking ahead to August, the expert investment views consider  fluctuating interest rate expectations and the spectres of UK inflation.  And not surprisingly, recession post-Brexit is top of the investment agenda.

The questions that should be at the forefront of investors’ minds are: how long can this one-way traffic in global asset markets continue; is there a chance that this all ends badly; and how should I position my portfolio?

Current trends have persisted far longer than we or most others expected; it is plainly impossible to state firmly that they will end any time soon, but surely valuations will soon become a prohibiting factor if growth does not markedly improve. I certainly think that this could all end badly, which is the key reason we are so diversified and are holding high levels of cash.

The chief factor that could bring the recent party to a shuddering halt is a rise in the markets’ expectation for interest rates. In terms of positioning, investors have to act with a great deal of humility. At a time when new records are being set on a daily basis and it is easier than ever to look a total chump, we would advocate a diversified approach across asset classes and backing any good idea you can find with conviction.

Brexit: How to navigate without a map

Where now for the UK? The referendum asked us whether we wanted to be “in” or “out”, but not what kind of “out” we wanted. This is unfortunate, as the question is a critical one for the future of our country. Politicians will have to infer an answer, knowing that the question was never properly debated.

Do we want the “lite” form of Brexit enjoyed by Norway, Switzerland and others, where nothing much changes? Brexit-lite would minimise economic uncertainty by maintaining existing trade arrangements with the European Union; it would probably help foreign investment into the UK to resume and sterling to recover much of its losses. Or do we want a more extreme, Canadian-style arrangement where we are clearly in control of immigration from the EU but, commercially, more isolated? This would take longer to negotiate, maximising economic uncertainty and prolonging sterling weakness. 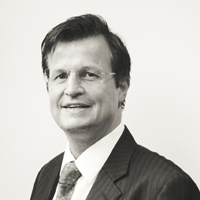 The UK is likely to import inflation in the wake of Brexit, though at this stage it is picking up from a low base and it remains stubbornly below the Bank of England’s inflation target of 2%.

One of the key drivers is sterling weakness, which means imported goods and raw materials will be more expensive.

From an investment perspective, equities are often seen as a great hedge against inflation as companies can generally pass higher prices on to their customers – this is particularly true of companies providing products and services that people cannot do without. Index-linked bonds are seen as a natural hedge too because their value incorporates the inflation indexation. Commodities and gold tend to rise with inflation as well.

On the cautious side, it is commonly argued that conventional government debt and corporate bonds with long duration are less attractive in an inflationary environment because the coupon is not growing and so the real value shrinks.

Of course, investors should be wary of tilting their portfolios too far in favour of a rising inflation environment. Brexit is likely to be a two-year process at least. We could easily be in a honeymoon period at the moment, but if negotiations go badly and we lose access to the single market that could weaken exports and we could see the economy shrink. Who knows what the repercussions of Brexit will be for the rest of the EU, and in the US we have the Trump factor. These are unpredictable times and it is a brave, and probably foolish, investor who does not diversify and prepare for various scenarios. 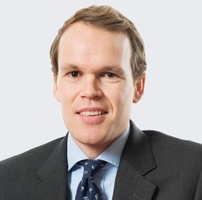 The initial post-Brexit consumer confidence and manufacturing surveys are consistent with the UK falling into a mild recession. The euro area has seen consumer and business surveys show impressive resilience this week. US growth has sustained its mild acceleration. We believe cyclical positions should be taken in the eurozone and the US, rather than the UK.

Meanwhile, our portfolios are short the UK FTSE 250 Index, which we believe will be hit be significant earnings downgrades in the coming quarters.

Investors looking to diversify away from UK property should consider German residential property companies. Zero interest rates are appropriate for the eurozone, but are too low for the relatively stronger German economy. We expect this will lead to continued higher prices for German property. Vonovia and Grand City Properties are our two preferred stocks in this area.

Seeking a safe haven in the UK

It is a little over a month ago that the UK woke up and discovered that it had voted somewhat unintentionally to leave the EU. I say unintentionally because I’ve spoken to so many people who say they strangely voted for the Leave campaign but assumed the Remain campaign had such weight behind it that it would easily win. To me this sounds like they treated the vote as a bi-election type exercise, thus trying to send a message to an incumbent government who in this case were largely on the Remain side. This is very bizarre behaviour to my mind, but I rarely allow myself to be surprised about politics these days.

Since the vote and after an initial selloff, the UK stock markets have been roaring higher with the FTSE 100 above pre-Brexit levels and the Mid-Cap 250 back to where it started. There are many perceived explanations for this, but I think the main one is that Brexit just might not be as bad as some would have us believe.

If the world needs a safe haven at the moment, then there are worse places than the UK. It remains to be seen if employment and growth numbers continue to hold up, but the swift move to promote Teresa May as Prime Minister and the quite slick way the government are getting on with things is impressive – especially when compared to the mess on the Continent in economic terms. Here, of course, we have the looming Italian bank crisis, and how long before the mess under the carpet that is “Greece” needs sweeping up again? Added to this are geopolitical issues and a potential sympathy Brexit contagion sweeping across Europe. I know what looks safer to me at present.

Amid all this, investors should know what their wealth manager’s view on things is. Are they keeping you up to date on developments that relate to your portfolio in this rapidly-changing world? If not, you should really think about a change. findaWEALTHMANAGER.com not only helps people find new wealth managers, we also help you find a replacement should you need it.

Bonus tips for the month:

Question: Where should we put our money? Answer: Anywhere but the bank! With HSBC now imposing negative interest rates on current accounts, RBS and NatWest hot on their heels, and derisory rates on deposits the question has just become very easy. A charge for safety would be fine, but when it comes to the crunch banks are more leveraged than most organisations because they lend the same pound several times. Try getting that out when there’s a “run”!

That leaves property, equities, commodities and bonds. Of course, it all depends on your objectives, but for most investors equities give a great range of qualities, including access to property and commodities, with the ability to sell them at the touch of a button. There are also still a few bonds around worth holding. The point is that in a negative rate world any return is better than none, and there are many stocks which are growing and even giving a 2% to 3% yield. Warren Buffet’s joke, “The best time to invest is when you have money” has never been truer. 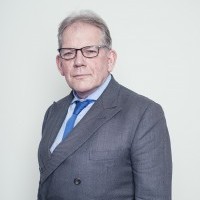 Following the vote to leave the EU, a cloud of uncertainty is likely to hang over the UK for the short to medium term. It seems likely that Article 50 will not be triggered until 2017 and the country will then have two years of tense negotiations to endure. In this climate, I believe that investment decisions will be put off and UK economic growth will slow.

In the equity markets, the early causalities of Brexit have been the UK cyclical players: airlines, retailers, housebuilders, banks and commercial property. I find it difficult to see circumstances which would stimulate these sectors in the near term and in my mind they should be avoided.

There are plenty of companies which are listed in the UK which source their revenues from overseas and I think these are best placed to prosper in the post-Brexit environment. I remain unperturbed by some punchy valuations for these companies; monetary stimulus continues apace around the globe and I believe that investors will be drawn to the income available from good quality, international equities.

Opportunistic takeover approaches from overseas companies has also been a theme since 24 June, as CEOs look to take advantage of a depreciating sterling. We have seen approaches for ARM, Poundland and Odeon in recent weeks. I would expect this trend to continue and believe that a lot of the UK mid-cap companies I hold for clients will look enticing to foreign predators. 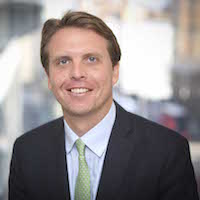