The prospect of trade protectionism looms.

Technology investors get bitten by the the FAANGs.

Market volatility has really reared its head recently, alongside the spectre of global trade protectionism. But hopes for global growth remain buoyant, and there could even be significant gains to be had from large market swings.

Here, leading wealth managers from our panel give their views on recent events and explain the key risks – and opportunities – investors should be thinking about.

Could volatility be your new best friend? 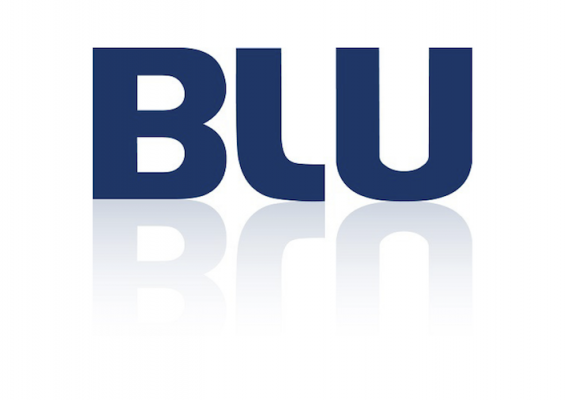 What are we to make of the recent resurgence in financial market volatility? We haven’t had any prolonged or meaningful period of sharp downward price movements since the crisis. And, of course, we have come an awful long way since 2009, up some 390% in the S&P 500. Time to panic, time to get out and run for our lives?

Absolutely, Trump has already started a trade war, interest rates are on the rise, and it most certainly feels like the goldilocks technology sector cannot grow at 30% forever. Mind you, some very smart people have predicted Armageddon ever since we started realising just how much damage 2008 had actually done.

There is also some benefit to larger price swings in the markets. For one, it creates new investment opportunities, as one investor’s carnage is another one’s gain.

But the world is also growing, and the recovery brought about by $25 trillion of global government stimulus has borne enormous fruits: unemployment is low, corporate profits are high, and consumer spending is alive and well. Can we really afford to sit in cash and wait for the next crash to come?

All being said, there is also some benefit to larger price swings in the markets. For one, it creates new investment opportunities, as one investor’s carnage is another one’s gain. But, moreover (and ironically), it also actually makes the risk of a crash less likely. Remember, a crash can only ever happen if no one expects it to happen. The more people start to become aware of the increased risks in the markets, the more you can embrace volatility as your new best friend. 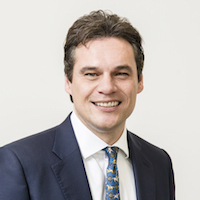 Looking beyond the headlines

In the short term, equity markets tend to be in a state of flux, with prices moving around as new information is revealed and incorporated. In the first three months of 2018, there was quite a lot of news, and as the markets tried to keep up with privacy breaches, trade war tweets and rising inflation expectations, we saw quite a lot of pricing adjustment taking place.

The markets focus on these events meant that the underlying evidence of solid global growth was somewhat ignored. This seems odd given it is economic health that is likely to support a continued bull market in equities – it may just be that it is more exciting to write a headline about bad news than it is to report on continued positive signs. We took advantage of the recent decline in market values to add a little equity to the portfolios at more reasonable valuations than we’ve seen in the past year or so.

As we head towards a world of higher interest rates, fixed income instruments are likely to suffer, and this may send jitters through the stock market too.

In the fixed income section of portfolios, we believe our underweight is still justified. There are a number of potential challenges ahead for financial markets, not least the changing direction of monetary policy. As we head towards a world of higher interest rates, fixed income instruments are likely to suffer, and this may send jitters through the stock market too. We added some protection to portfolios to reduce the impact of declines during nervous periods, and as long as economic growth stays strong, we may well look to use pullbacks as an opportunity to increase our equity exposure still further. 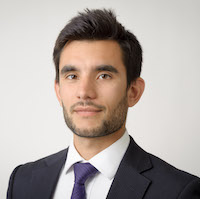 Market concerns over European politics and US trade protectionism

Politics continues to remain a source of uncertainty in Europe. In Italy, the fact that a government has talked about holding a referendum on the country’s membership of the eurozone is a tail-risk for markets. Meanwhile, in Germany, months of stalemate over forming a government has come at a cost to Angela Merkel and her position as Chancellor, and leadership of the EU, may have been weakened at a vital stage in UK-EU Brexit negotiations.

Another source of market volatility is US trade protectionism. With an eye to the mid-term elections in November and on his own potential re-election in 2020, President Trump is pandering to his anti-trade support base in the rust-belt states to onshore jobs back to the US. It could also be that Trump is using his protectionism agenda as a signal to force other major trading nations, e.g. the eurozone and Japan, to allow their currencies to appreciate against the US dollar. The hope is that this would reduce the US trade deficit and boost US competitiveness over the long term.

With an eye to the mid-term elections in November and on his own potential re-election in 2020, President Trump is pandering to his anti-trade support base in the rust-belt states to onshore jobs back to the US.

While it remains to be seen if China and US are able to work out trade disagreements, at least trade tariffs are relatively low historically. Global economic growth is also broadening and US share buy-backs are running at a record annualised pace of over $800bn. Beyond the short-term market volatility, that should give some succour to global risk assets. 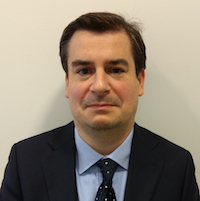 “The first quarter of 2018 brought a ‘regime change’ to global asset markets, with positive returns hard to come by and volatility rising. To a great extent this should have been expected after very strong gains for markets globally and abnormally low levels of volatility in late 2016 and throughout 2017.

Many commentators have been surprised by the change in market behaviour, as it has come at a time when the global economy is expanding and corporate profits are expected to grow at a healthy pace in the year ahead. However, our view is that the global outlook has become more uncertain and historically when this has been combined with high valuations and creeping complacency, it has spelt trouble for investors.

Our portfolios are positioned with a ‘neutral with a hint of caution’ stance, with high levels of diversification and a healthy cash buffer.

Whilst we have not moved to an outright cautious stance, we recognise that the likelihood is that 2018 is going to be a challenging year and our portfolios reflect our view that we have moved into a more demanding environment for global asset markets. Our portfolios are positioned with a ‘neutral with a hint of caution’ stance, with high levels of diversification and a healthy cash buffer. This should have helped partially protect against the poor performance of equities this year, although making positive returns has been impossible. We continue to operate with a flexible mind-set as to our next strategy moves, as the year unfolds. 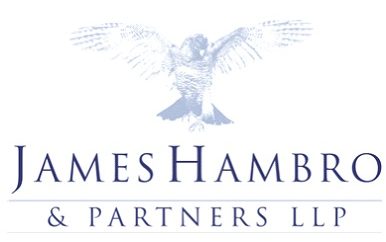 March was another volatile month for financial markets, with most markets weaker over the period.  Trump’s declared mission to reduce the USA’s large trade deficit with China by imposing tariffs on goods imported from China sparked the initial weakness, which was subsequently exacerbated by retaliatory measures by China. Whilst the impact of the proposed tariffs is small versus the entire trading relationship, the direction of travel and potential escalation is troubling. Markets typically do not react well to uncertainty and Trump’s current policy direction is unclear, at best.

Many view the current spat as unwelcome and unnecessary. After all, why pick a ‘fight’ with a country whose GDP per capita is a fraction of your own and whose finances give support to your currency and bond markets?  The impact of these latest developments has, however, been felt around the world, as many struggle to see exactly who might benefit from a global trade war.

Markets typically do not react well to uncertainty and Trump’s current policy direction is unclear, at best.

The FAANGs – Facebook, Apple, Amazon, Netflix and Alphabet, the parent of Google – helped power the US market advance in 2017. Due to the growth in their respective market values, collectively they are now a significant part of the major US indices and also, therefore, of the relevant index tracking funds. But investors have recently been bitten by the FAANGs and the wider technology sector, as sentiment turned negative following the recent Facebook data scandal and a fatality involving an Uber autonomous vehicle. Greater regulation of these industries may result, which it is feared may damage future growth prospects.  Technology’s role in society is now firmly under the microscope.

For once, Brexit news was limited, with any developments being quickly relegated to background noise. But just as political risk began to moderate, a deterioration in relations between Russia and the West showed how quickly events can escalate. We hope a solid first quarter earnings season will be a welcome distraction for equity market investors. 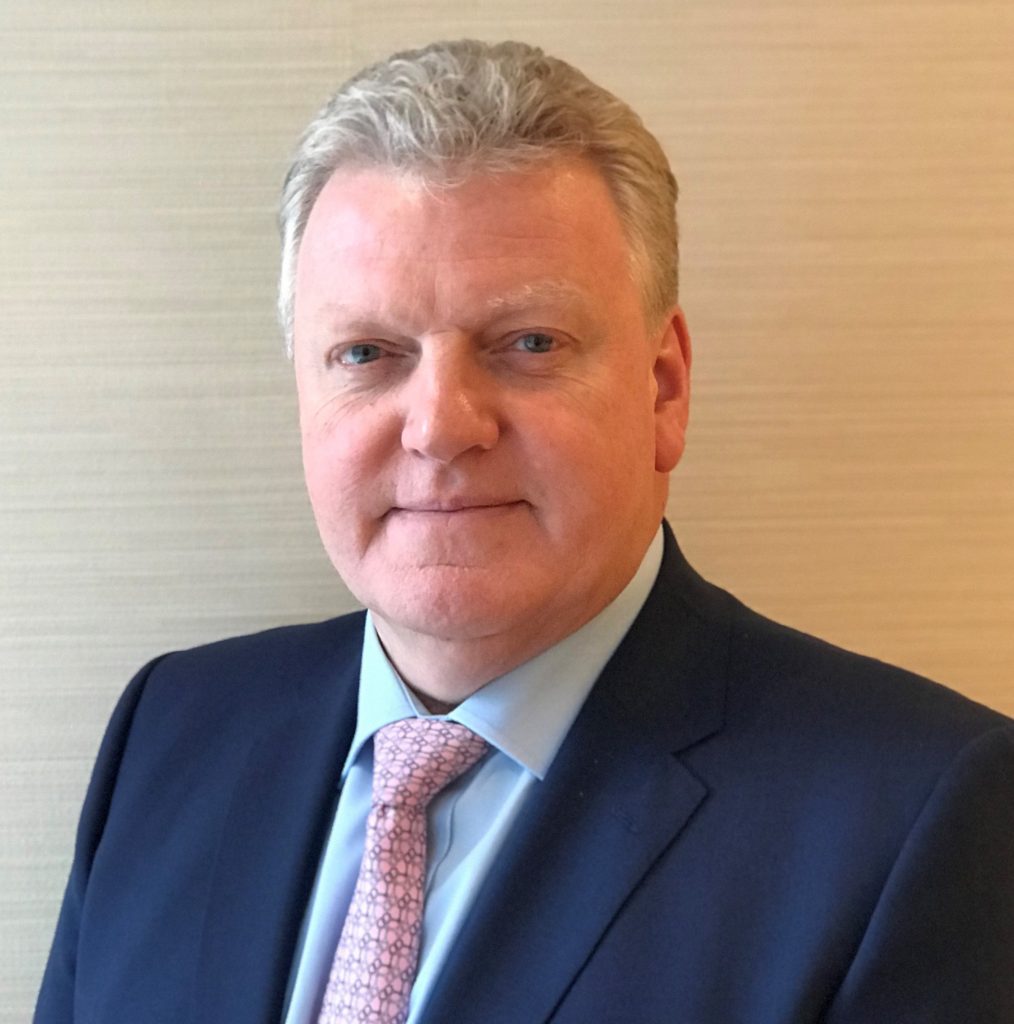 Markets continue to rise, but pockets of value certainly still exist in certain equities, alongside a number of both corporate and government bonds.

The potential for inflation shocks and stock market corrections top the investment agenda this month, with our expert wealth managers plotting careful - yet innovative - courses for their clients’ portfolios.

Balancing risk and reward is a real challenge in such a highly uncertain investment environment, but our experts’ view will help you gain clarity on some vital points.