You are here: Home › Investing › Stamps: Invest in history, heritage and heroes

It is now 175 years after the Penny Black was first issued and stamps and coins are no longer held solely as collectibles, but rather as long-term stores of wealth and sources of strong, steady portfolio growth, explains Keith Heddle, managing director of Stanley Gibbons Investment. As a result of ongoing uncertainty, be the cause the current Russia-Ukraine crisis, the geo-political instability in the Middle East or closer to home with the forthcoming UK General Election, alternative investments have become increasingly popular as a way to diversify risk and protect capital.

Academic research* shows that rare stamps can provide a safe haven through times of economic, social and political turbulence, making them an attractive diversification option. Unlike traditional financial assets such as equities, fixed income and cash, alternatives such as rare stamps and coins can provide portfolio protection and help to spread risk as their performance bears no correlation to mainstream financial markets. With investors increasingly looking to diversify and protect their wealth, the alternative investment marketplace has grown rapidly over recent years, with the stamp market alone currently worth £3bn globally**.

A strong snapshot of the markets for rare stamps and coins is shown in Stanley Gibbons’ three indices listed on the Bloomberg Professional® Service. The Stanley Gibbons GB250 Rare Stamp Index has never fallen in value and the GB30 has achieved a 40-year Compound Annual Growth of 10.27%. At the height of the financial crisis the GB30 Rarities Index actually rose 38.6%, with the GB250 not far behind at 32%. This stable upward curve further demonstrates market’s lack of volatility, lack of correlation with other mainstream assets and strong potential upside. Stamps are a compelling investment opportunity for investors looking for assets as a means of acquiring long-term capital appreciation. Over the last ten years, collectibles have performed strongly; an investor that had diversified across the Economist Valuables Index would have achieved 211% nominal growth since 2003, with stamps and coins outperforming every asset class in the Index apart from classic cars.

A report by Ledbury Research for Barclays, Wealth Insights: Profit or Pleasure? Exploring the Motivations Behind Treasure Trends, found that in 2012, wealthy individuals held on average 9.6% of their total net worth in treasure assets, although in some countries such as United Arab Emirates, Saudi Arabia and China that was as high as 18%. The report also found that the proportion of wealthy individuals who own treasure assets had increased compared to five years previously. Investing in tangible assets is part of Asia’s saving culture and owning rare collectibles also appeals to some buyers as an indication of status. The Hurun Wealth Report 2012 notes that 64% of Chinese millionaires invest in luxury goods, with rare stamps being particularly popular. Of the estimated 60m stamp collectors worldwide, over two-thirds are based in Asia, with an estimated 20m collectors in China alone. With stamp collecting banned in China under Chairman Mao until 1976, the newly-wealthy Chinese are keen to buy back their heritage. Stanley Gibbons’ China Market Study, which lists the values of 200 investment-grade Chinese stamps (ranging in value from £1,200 to £325,000) increased by more than £4.1m over 25 years – a compound annual growth rate of 10.7%. By investing in stamps and coins, you are investing in a slice of history; you become the owner of something physical and an important piece of world heritage. As Andrew Shirley, Editor of the Knight Frank Wealth Report, rightly pointed out, ‘the clear advantage of investments of passion over traditional investments is the enjoyment – physical or emotional – and social cache that they bring the collector.’

If you haven’t considered using a wealth manager before or if you haven’t reviewed your existing manager to check their competitiveness and suitability use findaWEALTHMANAGER.com to research and find your ideal wealth manager – get started by trying our smart online tool. 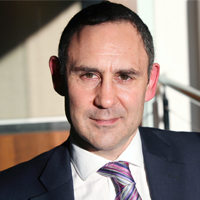