You are here: Home › Wealth Planning › Why footballers so often miss the mark on managing wealth

Why footballers so often miss the mark on managing wealth 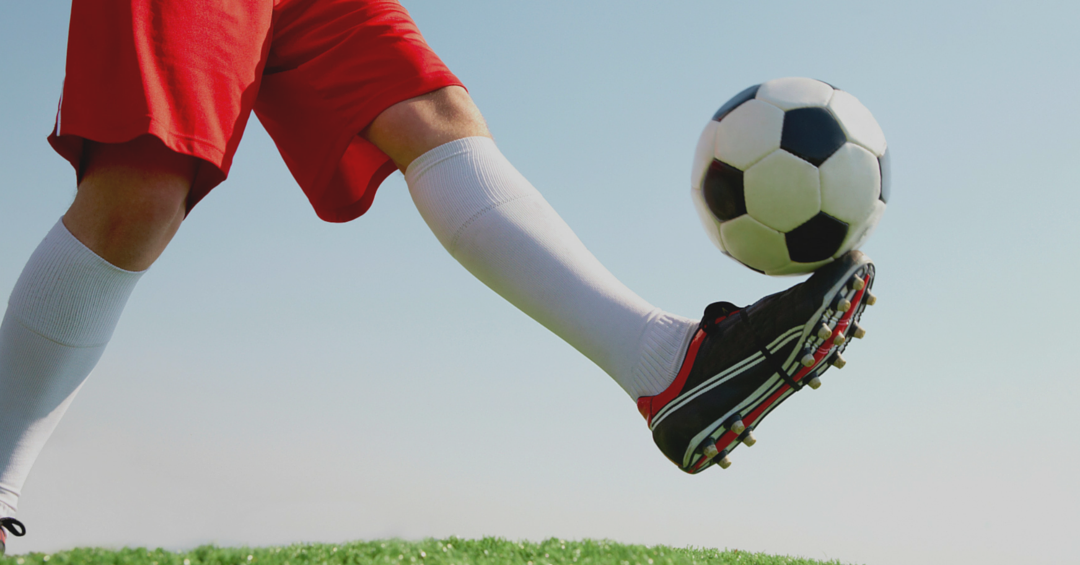 Why footballers so often miss the mark on managing wealth

When it comes to effectively managing wealth, there is no one-size-fits-all approach, and that is never so true as when football players are concerned. Here, money gurus from the findaWEALTHMANAGER.com panel explain the common financial pitfalls that often befall our sporting heroes, and the steps they should take to stay on target.

As is well known, top-flight footballers can earn truly staggering amounts. First-team players in the Premier League average around £2m a year and superstars far more. Manchester United’s Paul Pogba earns a stunning £290k a week playing for the Red Devils, for example. Even those in the lower leagues can command very impressive salaries, with Championship players typically earning over £325,000 a year (League One average salaries are in the region of £75,000).

Who would think, then, that money is ever a concern for these lucky sports heroes? But that certainly is the case. Not having paid sufficient attention to their wealth is an extremely common regret among footballers. According to the past player survey carried out by the Professional Players Federation, 78% of respondents wished they had taken more financial advice while they were playing sport.

Although footballers may not be everyday users of this site, Lee Goggin, Co-Founder of findaWEALTHMANAGER.com, confirms that they are among those most in need of special assistance. “Managing wealth effectively can be a challenge for all, which was why our service was set-up to help affluent individuals easily find the best advice for their needs,” he says. “The issues facing professional footballers can be far more pronounced and their time even more constrained.”

Rags to riches, and back again?

Their earnings may be stellar, but these massive sums are all too prone to mismanagement in light of sportspeople’s special requirements, with the result that many footballing giants suffer a severe lifestyle downgrade once they have hung up their boots. In fact, as followers of the sport will know, history is littered with famous names who have faced bankruptcy.

Professional sports people have a finite period of high earnings, and can be all too easily tempted by material trappings and living a lifestyle which is unsustainable in the long term.

At the heart of the issue is the fact that footballers present a unique case when it comes to managing wealth. Firstly, their earnings tend to peak in their late twenties, with all too many forgetting this fact and being seduced by “lifestyle inflation” (or living fully up to one’s income). As Colin MacKenzie, Director, Investment Management at Arbuthnot Latham & Co., Limited, observes: “Professional sports people have a finite period of high earnings, and can be all too easily tempted by material trappings and living a lifestyle which is unsustainable in the long term.”

Part of the problem here is just how quickly earnings tend to accelerate, argues Paul Kearney, Head of Private Banking in the UK for Kleinwort Hambros; this rapid ascent can make players feel like the ride will never end. “From a relatively modest salary in the lower leagues, things can very quickly take off and you could find yourself living up to a very significant income without planning for the length of time it is likely to last,” he says. “You are lucky if you survive to 35 in the top flight.”

Footballers need to be fully cognisant that they have a “sell-by” date, even if they do their utmost to stay at the top of their game physically. Football is fickle, and players can suddenly fall out of favour, observes Kearney. Then there is the ever-present spectre of injuries to also bear in mind.

It may be tough, given the level of adulation and physical care they receive, but footballers need to recognise just how short-lived their earnings peak might be, and that a sudden reversal of fortune might be just around the corner. As such, Dean Moore, Head of Wealth Planning at Arbuthnot Latham, urges players to fully accept “that it won’t last forever”. “Consider the financial impact of injury and ill health, and take steps to make sure suitable insurance is in place to protect yourself and loved ones,” he says. One bad tackle can end a career, and quite often does. Just this season, Hull midfielder Ryan Mason sustained a skull fracture in play that resulted in his retirement from professional football, for example.

There is often a desire to help others financially, but think about the impact of the gesture and whether you are creating an ongoing dependency.

an expectation of largesse. “There is often a desire to help others financially, but think about the impact of the gesture and whether you are creating an ongoing dependency,” warns Moore. As he points out, giving somebody an expensive car which they then cannot afford to maintain themselves could be a costly mistake.

The price of poor advice

So, while they should certainly enjoy fame and fortune, footballers must resist the urge to “flash the cash”. But they also must pay their dues tax-wise. Our experts’ third point is that they should be very careful about who they listen to when it comes to keeping as much wealth as they can out of the taxman’s clutches.

As many sportspeople have found to their cost, aggressive tax avoidance schemes are often outside the confines of legitimate tax planning techniques, resulting in stiff penalties from the authorities. “If it looks too good to be true, it probably is. HMRC will challenge contrived arrangements in court and potentially reclaim tax relief plus penalties and interest,” says Moore, urging players to avoid overly complex schemes at all costs. “If you don’t understand it, or it cannot be easily explained to you, think carefully before you invest, seek a second opinion, or walk away.”

Recent headlines will attest that footballers are particularly vulnerable to incompetent – or even downright unscrupulous – advice on how to manage their money. “Some of these film partnerships are causing real pain in the sense that the unwind is a multiple of the money they put in,” Kearney points out. And this vulnerability applies as much to investing as it does to tax matters. There is never any shortage of individuals wanting to relieve the wealthy of their money.

There certainly are examples of excellent practice and here Kearney gives the example of one player Kleinwort Hambros works for who is now living a very comfortable life in his fifties, having invested 50% of his earnings throughout his career. Former Liverpool player Robbie Fowler’s rental property empire is another. But these are the exception rather than the rule. Saving a large proportion of one’s earnings may be easy enough to grasp, but the question of where footballers should invest their wealth, so that it will sustain them for the rest of their lives off the pitch, is particularly fraught.

Proper diversification – not putting all one’s eggs in the same (investment) basket – is the fourth precept our experts would impart. As Moore points out, all too often footballers overly focus on one asset class, such as residential property. An overweighting towards cash is also common, says Kearney – something which leaves savers of all levels at the mercy of the erosive power of inflation. (This guide offers guidance on alternative safe havens to cash.)

A footballer’s investment portfolio must provide a ‘pension’ long before they are of pensionable age, given that they are likely to retire by their mid-thirties and may have very significant liabilities such as mortgages to continue to meet.

Instead, footballers should work closely with professional advisers to construct a portfolio which balances risk and return appropriately for what might be a very long investment time-horizon. “A footballer’s investment portfolio must provide a ‘pension’ long before they are of pensionable age, given that they are likely to retire by their mid-thirties and may have very significant liabilities such as mortgages to continue to meet,” says Goggin. “Of course, they should also be able to enjoy the fruits of their talent in the short term too.” This is a very careful balancing act and some granular, professional financial planning is therefore required.

Kearney says: “This isn’t just about saving, it’s about planning over the long term and being intelligent in setting your goals and objectives. Players must understand what the lifecycle of their earning career might look like and how important it is to diversify what you invest into.”

He also advises players to pay attention to the details to maximise their wealth and make sure they are utilising all their tax breaks, no matter how small they are. “ISAs, Capital Gains Tax allowances and pension contributions are all very important,” he says. “They may sound a bit dull and tedious, but it’s important to be disciplined about how you approach investing.” Nor should estate planning and having a will in place be neglected. Like anyone else, family security will be a top priority for sporting stars.

It is vital that footballers build a team of trusted professional advisers, who understand the particular challenges faced by these individuals and are able to take the long-term view, putting their client’s interests first.

It goes without saying that all of this wisdom comes down to footballers being educated about how to best manage their riches – or, as Kearney puts it, “understanding that real financial security is a very different thing to top-line wealth”. But while financial education is something increasingly tackled by top-flight clubs in the management of their talent, the fact remains that most professional athletes are unlikely to have the time (or inclination) to be as hands-on as regular investors might like to be.

As such, footballers need to ensure that they surround themselves with the right people to help manage their affairs as soon as their careers begin to take off. As MacKenzie advises: “It is vital that footballers build a team of trusted professional advisers, who understand the particular challenges faced by these individuals and are able to take the long-term view, putting their client’s interests first.”

Having put the right team in place off the pitch, and with their financial peace of mind assured, footballers can focus on playing to their strengths on it.

So, while footballers remain a relatively niche area for wealth managers, there are a plethora of reasons why they are arguably more in need of specialist advice than many other client segments. Goggin, a lifelong Spurs fan, would certainly agree. “Having put the right team in place off the pitch, and with their financial peace of mind assured, footballers can focus on playing to their strengths on it,” he concludes. “The beautiful game can make players very wealthy and it’s a real shame when they don’t stay that way.”

To start the process of find the right wealth manager, let our smart online tool filter the market to find your best-matched firms. Alternatively, if you would like to discuss your particular wealth management needs with the findaWEALTHMANAGER.com team, click HERE.

The holiday season is a great time to tackle longstanding financial to-dos and we’re hearing from lots of people looking to proactively address a range of wealth concerns this Christmas.

November is seeing the same flurry of activity which has characterised the autumn as investors seek advice on a range of investment and financial planning issues.

The returning expat: prior planning and preparatio...

There are a great many financial planning tasks that need to be on the to-do list of expats planning to return home, and here we outline those that should be at the very top.