You are here: Home › Expert Corner › Financial planning in the “She-conomy”

Financial planning
in the “She-conomy”

Financial planning
in the “She-conomy”

Women are more active in work than ever, and they need to be making the most of their wealth, Lavinia D Osbourne writes on financial planning for women.

The new financial tax year has just begun and for many the UK economy is still in recovery mode. However, there is one emerging economy that continues to grow unabated and that is the she-economy.

Today, 85% of all brand purchases are made by women and these women are also the chief decision-makers when it comes to their homes and family. Women and their growing resources are a force to be reckoned with.

So what exactly is contributing to this developing economy? Several factors such as:

According to the Intuit 2020 report, within this decade, women around the world will enter the workforce at an unprecedented rate.

In the industrialised world, women will continue making educational, economic and political advances; the gender gap in earnings will narrow during this time, approaching parity by 2020. In academia, women will graduate from higher education at a higher rate than men, better preparing them to lead in a knowledge-based economy.

In addition to this, within this decade:

Globally, about 870 million women who have not previously participated in the mainstream economy will gain employment or start their own business by 2020. Most of these women – 822 million – will come from non-industrialised countries, while roughly 47 million will come from North America, Western Europe and Japan.

Gen Y women – across races and ethnic lines – will dominate both higher education graduation rates and professional workforce entry, expanding their role in management and in professions such as law, business and medicine.

In countries with limited support services, such as viable childcare, many women will start their own businesses to provide flexibility for their families and avoid traditional constraints that once kept them out of the workplace. Others may choose a hybrid solution where one spouse works for the benefits and job security while the other starts a business.

Women will overcome the legal or traditional barriers that prevented them from participating in some regions by using virtual, mobile and Internet technologies to run businesses without having to be physically present.

In short, analysts have been tracking the number of women in business for decades and can now conclusively relate the increase in their personal purchasing power with their salaries.

Although this all looks and sounds good and it is; for many women managing their growing income and wealth in the context of financial and life planning is at times overwhelming and intimidating.

The world of financial planning, investing and wealth management is still overly masculine and cloaked in complexity and risk. In an Annual Scottish Widow report on Women and Pensions it was highlighted that 23% of women – compared with 17% of men – are saving nothing at all towards their retirement.

So with this increase in income and economic power, females have to become more comfortable and clearer about their personal finance and how it is working for them; as well as basic money management skills, mastering money, investing and being aware of their limiting issues and beliefs regarding money.

They can start doing this in three ways:

It is for this reason that life planning is such a brilliant and effective way for those who fear this particular aspect of their life to gently start engaging with it. Financial life planning is very different from the standardised form of financial planning as the focus is on the person – their heart-centered dreams, goals and desires – rather than on selling product(s).

Ultimately, financial planning and wealth management should not be deemed solely as a luxury product for some but as important and accessible as a gym membership; and, as we know, there are all types of gym memberships for different forms of gym.

History shows us that women in business and the rise of she-conomy won’t be held back. Therefore, just as in previous years, the near future promises to reveal higher salaries and equal pay for this growing number of women in business. So, on that note and in alignment with the new financial year, take the time to have some fun with your finances and start planning for your future (as well as that moment when women are running the world). 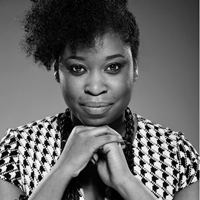