You are here: Home › Investing › Do you wrestle with the risk-reward payoff?

Do you wrestle with the risk-reward payoff?

Do you wrestle with the risk-reward payoff?

Mark Endacott, Relationship Manager at Seven Investment Management (7IM), explains why investors may need to revisit their risk-profiles more frequently than they might think – and why ratcheting up risk exposure even quite modestly can make a significant difference to long-term returns.

One of the many initial conversions that I have with clients as they start working with an investment manager is the discussion as to how much risk they are willing to take on to aim to achieve what they want in the future financially.

It can sometimes be a difficult conversation. That’s partially because I’m asking people to define their lifestyle at some point far into the future – not always an easy state of affairs to visualise. It can also prove to be a long discussion because, as humans, we are naturally averse to taking risks. This is particularly the case when the rewards can be quite difficult to quantify, and have to be caveated, given investments can go down as well as up, to the point where your original investment is impacted.

Known as loss aversion, some of the theories surrounding it have suggested that losses are twice as powerful, psychologically, as gains. Research backs this up. Four fifths (78%) of the circa 13,000 people interviewed for the 2017 Financial Lives report from the financial services regulator, the FCA, believe that they would rather be safe than sorry. Recent research from The London Institute of Banking and Finance[i] and 7IM showed similar inclinations.

This joint study[ii] focused on the over 50s – a key age group where we typically find that people are approaching risk according to the traditional industry approach rather than re-thinking how risk applies to them. That’s because pre-pensions freedoms, people almost always bought an annuity and the risk industry focused on minimising risk in the run-up to that date so you didn’t take a large hit just before buying your annuity. But while pension legislation has changed, the approach hasn’t necessarily.

Does a conversation help you change your risk-profile?

In that joint research, we asked people to rank their attitude to investment risk between 1 and 5, with 1 being almost entirely focused on minimising losses and 5 focusing on the desire to maximise potential returns. We then compared the resultant percentages against 7IM’s clients in the same age bracket. The differences were noticeable:

As you can see from the chart, 7IM clients (on aggregate) tend to be taking a higher level of risk, but it’s not about taking the maximum level of risk. Instead, it’s about seeking the right level of risk that will help you achieve your financial goals and aspirations. We believe that the differences in behaviour primarily stem from the fact that all of the 7IM clients have had some form of financial advice, whereas just one quarter of those surveyed had.

We also asked people in the research to state whether they had changed their risk-profile in the last year. Two thirds said they hadn’t, which could again mean that they might be in the wrong risk-profile.

The prompt for many to change their risk-profile is a life event e.g. starting a new job, the birth of a child, selling a business etc. But we’re starting to question that methodology as well. That’s because a series of smaller life events could collectively have a similar impact on your finances and yet wouldn’t prompt a review. That is why, here at 7IM, we are starting to review risk-profiles for our clients every three years.

It’s a discussion that may see you stay at the same risk level as when you started as we appreciate that you may not be comfortable taking on more risk. But at least you’ve had the conversation and understand why a change in risk-profile could be helpful.

To highlight how it could be important, we modelled returns for two hypothetical investors based on each saving an average of £7,500 a year from when they were 30 to the age of 60. To make this more realistic, both investors started by putting aside £500, which was then increased by £500 for each year of employment. Both were seeking to retire with annual income of £22,000 a year.

At the age of 60, due to the different risk decisions, the first had a portfolio of some £375,000, while the second had about £425,000. Looking into the future, if both were to withdraw their £22,000 a year and the investment returns remained on track, the first (our moderately cautious investor) would run out of money at the age of 86. The balanced investor meanwhile would still have around £275,000 invested at this point.

So perhaps it’s worth a conversation to see where you stand, and how your finances could change?

[i] The London Institute of Banking & Finance is a financial education body, established in 1879. It is a registered charity, incorporated by Royal Charter. It is an awarding body for professional qualifications in the finance sector, personal finance qualifications in schools at Levels 1, 2 and Level 3, and for under-graduate and post-graduate degrees in banking, finance and investment.
[ii] The research was undertaken by Opinium, who surveyed 2,000 UK adults aged over 50, with assets of more than £50,000 (including property and pensions). The participants were recruited via a random sampling method to help avoid selection bias, developed in conjunction with the London School of Economics. It takes various demographic variables (such as age, gender and region) into account to provide a representative sample of the demographic being surveyed. 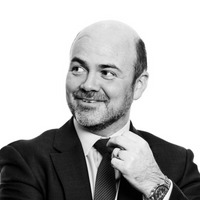 The start of a new year has our users thinking about fresh starts on a number of fronts, but making their wealth work as hard as it possibly can is a running theme.

Are you looking at investment performance the righ...

Securing better-value fees is one of the most powerful moves you can take to make sure your wealth grows as strongly as it can, but there is still too little appreciation that net returns are the figures to pay attention to.

Behavioural biases, Biden and Brexit are dominating our conversations with users this month as both investment risks and opportunities are carefully weighed up.