You are here: Home › Investing › Wine investment: Diversifying beyond Bordeaux

The fine wine market has long been dominated by the top wines of Bordeaux. Martyn Rolph, fine wine account manager at Berry Bros. & Rudd explains why and how you should diversify your wine investment.

From First Growths such as Ch. Lafite Rothschild and Ch. Latour, through to the Second Growths of Ch. Montrose and Ch. Leoville Las Cases, to the over-achieving Firth Growths wines of Ch. Pontet-Canet and Ch. Lynch Bages, these are amongst the most sought after and traded fine wines, and financial growth can often be charted as wines move from youth to maturity.

Fine Bordeaux reds have been enjoyed across Europe and beyond for centuries, their flavours and labels now firmly entrenched in our minds and drinking aspirations. Most importantly, classed growth Claret is often very, very good and large production volumes allow the wines to spread into many markets creating truly global demand; thus a strong secondary market has formed. It comes as no surprise that drinking and investment cellars are often laden with the wines of Bordeaux.

Bordeaux is king and is very likely to remain so, but with so much more on offer, is focusing solely upon Bordeaux the best strategy for wine investment?

The market for the world’s finest wines is now broader than ever in terms of choice and interest. The capability to produce exceptional, age-worthy wine has never been higher; modern understanding of viticulture and vinification ensures that remarkable wines can be found in a wide range of countries and regions. Consumer tastes and vinous interests have become more diverse and as recent emerging markets develop over time, we can expect this diversification to continue apace. Wine values are, of course, ultimately driven by consumption – desirability and demand being the key factors. A connoisseur’s collection may now include a selection from Italy, Spain, Alsace, the Rhône, California, Australia, Chile, Argentina and beyond.

A degree of diversification into other areas would therefore seem a sensible step – it has always held true that a diverse portfolio spreads risk and can also maximise returns. Indeed, demand for Bordeaux has cooled over recent years following a re-adjustment in the market, and wines from other regions have performed better. A well-considered investment portfolio may therefore contain between 20% and 35% of non-Bordeaux wines.

The market for these wines may be smaller, but typically so are volumes and crucially, most have seen little, if any, speculation.

So where should one look?

The fine Champagne market is one of aspiration and brand. Grand cuvée wines such as Moët & Chandon’s Dom Pérignon, Louis Roederer’s Cristal, Pol Roger’s Sir Winston Churchill and Krug are highly prized, particularly in the very best vintages. Such vintages have the capability to age for decades yet consumption is often speedy and so a pressure upon supply can be seen relatively quickly. The 2002 vintage is arguably the greatest of recent times, with wines released between 2012 and 2015. The same wines from the equitable 1996 vintage are trading significantly higher, with the 1990s higher still.

Global appetite for fine Burgundy has increased in recent years, adding to the very loyal and consistent demand in mature markets. The finest wines are produced in tiny quantities and so prices have risen significantly over the past 10 years. Investing in Burgundy can be difficult due to the tiny volumes produced and gaining access to the best wines is often based upon allocations as a result of past purchases. Having said that, attractive cases can be found following consultation with your wine merchant. The Berry Bros. & Rudd wine broking exchange, BBX, is key to assisting our customers in finding suitable wines at the right prices.

Demand for the wines of Brunello di Montalcino and Barolo is increasing steadily and for now, prices appear to be very fair in comparison with comparable-quality wines from other countries and regions. The recently released 2010 vintage has generated unprecedented demand and so has increased interest in these regions as possible investment areas.

Perhaps a more common avenue would be to consider the Super Tuscan wines, which enjoy a strong brand presence; wines such as Ornellaia, Sassicaia and Tignanello have global appeal. Production is smaller than for Bordeaux reds, but past vintages are often difficult to find and are frequently priced at a premium.

There are many exceptional wines being produced in the Napa Valley and across Australia, some of which are produced in small volumes and are accompanied by very high scores from critics. A handful of these wines have the global audience required to sustain a secondary market. Notable examples include those from the Penfold’s stable in Australia, with particular regard to Grange and St. Henri, and Screaming Eagle and Opus One from California.

From the Rhône: the finest Châteauneuf-du-Pape and Hermitage reds
From Spain: the iconic Vega Sicilia and even some traditional Rioja wines

In conclusion, more wines can be considered “investable” than ever before.  As with all cases purchased for investment, buyers should be prepared to hold wines for at least eight years – the minimum time period often required for wines to reach their peak drinking windows.  One caveat is that diversification, although sensible, should be measured and considered. Smaller markets can affect the ease of selling and the secondary market for these wines is not as established, and therefore their long-term performance is less certain. Nevertheless, with demand continuing to grow for many of the world’s finest wines, it is clear that there is significant opportunity away from Bordeaux.

findaWEALTHMANAGER.com is an independent service designed to help clients navigate the opaque world of finance and wealth planning. Our team of experts have a combined 70 years of knowledge can help you find the right professionals to discuss alternative investments and other specific requirements.  Book a call with our team for an independent, no obligation chat HERE or try our smart online tool to see which firms match your profile HERE. 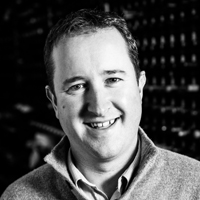 Martyn Rolph, fine wine account manager at Berry Bros. & Rudd, joined in 2011 with almost a decade’s wine experience under his belt and a committed enthusiasm for the classic French regions and Spain.