You are here: Home › Investing › An update on the new stamp duty tax rates

An update on the new
stamp duty tax rates

An update on the new
stamp duty tax rates

In the Autumn Statement, Chancellor George Osborne announced significant changes to the way that Stamp Duty Land Tax will now be calculated. In a rather obvious attempt to buy votes, the government has made it more expensive to acquire multi-million pound properties – a policy which stands in contrast to the Mansion Tax on owning properties worth over £2m which had been which had been proposed by the Labour Party.

The headline numbers announced by the Chancellor are:

These rates are now in effect for any property where contracts were not exchanged by the end of Wednesday 3 December, when the announcement was made.

George Osborne said: “As a result, stamp duty will be cut for the 98% of homebuyers who pay it.”

The tax is not on a slab basis – so to see what the stamp duty rates are, I suggest you visit http://www.hmrc.gov.uk/tools/sdlt/land-and-property.htm, where you will find the official stamp duty calculator.

But as an indicator, the extra stamp duty payable will be:

Obviously, it is too early to say what effect this will have on the market over the medium to long term. It is likely, however, that the number of property transactions over £2m will continue to fall as owners decide that they will simply sit tight in their current property as the cost of moving is now so high. In the short term, this will cost the government a fortune in lost stamp duty receipts.

Clearly, the government is hoping that in six months to a year’s time the market will simply have absorbed the cost of stamp duty after the initial shock has dissipated (this is quite shrewd timing from a political perspective as transaction levels are likely to be subdued up until the election anyway).

This is just what happened when SDLT was increased to 7% and 15% for properties bought through companies (aka non-natural persons) in 2012, and also when the Annual Tax on Enveloped Dwellings (so called because ownership sits within a corporate “wrapper” or “envelope”) was introduced in 2013.

Of course, the unintended consequence is likely to be that even more money will focus on acquiring property below £2m, and more likely under £1m. It is easy to see how the new SDLT risks compressing the market, increasing competition for lower-value properties and in turn pricing out people further down the property ladder. Thus, the changes to SDLT threaten to make life even harder for all those people the politicians are claiming to want to help.

I will be examining the ramifications of the SDLT changes in more depth in the months ahead, along with other key trends affecting the UK property market and high net worth investors. 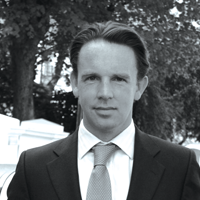 People come to our service looking for all kinds of things, but this month real equities expertise and quick-thinking advice on diversification and financial planning have been top of the agenda.

We are pleased to see that our users have been getting proactive - rather than succumbing to paralysis – amid market turmoil and recessionary fears.