You are here: Home › Investing › The future of the UK property market: Exploding the myths

The future of the UK property market:
Exploding the myths

The future of the UK property market:
Exploding the myths

First-time buyer numbers are increasing. A big budget Stamp Duty shake-up has slashed the tax burden for many. Property prices grew nationally by 7.1% last year. It would be easy to think that the big picture for the housing market is a positive one.

The truth is less straightforward. One of the great myths is that Prime Central London (PCL) spearheads UK-wide property price growth – the so called “ripple effect”. This simply fails to recognise that Central London stands completely apart. Issues affecting the UK housing market – employment, economic confidence and interest rates – hardly impact on property in PCL, reliant as it is on investor sentiment.

Which leads to another myth: that PCL growth always storms ahead of the UK. This is not so. Between 2000 and 2006, international investors were battered by the fallout of the dotcom bubble, a flagging stock market and the uncertainties of 9/11 and Iraq. On the other hand, the domestic market was enjoying falling levels of unemployment and interest rates. Prices increased 89% over this period, almost double that of Central London.

Much closer inspection is needed to gauge the real health of the market and the outlook today is far more glum than the headlines.

Prices still yet to rebound

Seven years have passed since the start of the financial crisis and England & Wales are still to bear the hallmarks of a fully-functioning housing market. According to HM Land Registry’s monthly statistics, average prices were £176,581 at the end of 2014, still 2% below pre-credit crunch levels. These figures are artificially boosted by Greater London. Remove it and prices are just £133,538, 15% lower than December 2007, when average prices were £158,494 – hardly a rosy picture.

Transactions numbers remain subdued. Whilst playing catch up from a 50% fall during the crunch, sales stand at just over 800,000, well off the 1 million a year peak.

This is all quite a surprise, given an improving economy and ultra-low interest rates. The drawn-out uncertainty about future rises, following Governor of the Bank of England Mark Carney’s less than useful “forward guidance”, has not helped, although the banks may have found an antidote in their race to slash 10-year fixed rates.

A pickup in England and Wales is ultimately both necessary and inevitable. Necessary, because property price inflation promotes a feel-good factor that stimulates the economy and encourages upsizing, opening up the market to first-steppers. An uptick is also inevitable because residential property prices in the UK move in cycles. Average annual growth has been 10.5% over the last 45 years, but currently prices are only at the same level as a decade ago. Periods of consolidation are followed by periods of growth. It is a sign of economic confidence, not a harbinger of doom.

Prime central and beyond

Contrary to popular belief, the UK housing market is not just London and the rest. There is London (Greater London) and there is Prime Central London.

Greater London houses 8 million people and is primarily domestic. Last year was a good one for home owners. Prices rose 17.4%, a catch up after the credit crunch. Now it appears that Greater London will pause for breath. Affordability is also being constrained by the recent introduction of mortgage caps and George Osborne’s swingeing Stamp Duty reforms. Whilst only 1 in 10 sales in Greater London are currently affected by the new higher rates over £1 million, 1 in 3 homeowners are thinking of trading up to this level.

Buyers will now have to save up much longer for a family home; in the case of a £2 million property, they will need to stump up an additional £53,750 in Stamp Duty Land Tax.

And then there is Prime Central London. Few realise there are just 200,000 households across its two boroughs: the Royal Borough of Kensington and Chelsea and the City of Westminster. Home to some of the world’s most desirable real estate, demand outstrips supply and average prices now exceed £1.7m. It has seen consistent growth for decades, but its exceptional outperformance of other asset classes since the credit crunch has put it in the spot light. Prices have doubled since 2007 compared with the FTSE100’s lacklustre growth of 5.5%.

PCL is a financial centre, a “go to” destination and an educational hot spot – pull factors that are still very much in place. So are the push factors of global turmoil – falling oil prices, crises in the Eurozone and the continuing Arab storm – all resulting in capital seeking a safe Central London home.

Nevertheless, the Chancellor’s medley of property taxes and recent Stamp Duty reforms means that even PCL can no longer be viewed as one market. High-end property will see significant increases in Stamp Duty, although as a discretionary market the changes are likely to be absorbed.

On the other hand, almost any property under £1 million will pay less Stamp Duty. This is good news as 55% of transactions still fall into this bracket and are the heartland of the Private Rented Sector (PRS). The Chancellor, recognising the importance of PRS to London’s position on the global stage, has been very careful not to burden it with taxes. The PRS has not only been exempted from the Annual Tax on Enveloped Dwellings but George Osborne has also provided additional tax breaks for property funds investing into the sector.

So what next? Along with international markets in general, PCL investment will suffer from the jitters in the run up to the UK general election. Activity is now likely to slow down until the second half of 2015 when the markets will inevitably regroup and rally. On the other hand, the housing market in Greater London and the rest of the UK will move to the drum beat of the general economy which is, quite simply, balanced on a precipice, as the General Election looms.

If you haven’t considered using a wealth manager before – or if you haven’t reviewed your existing manager to check their competitiveness and suitability try our smart online tool. Or, if you would like to discuss your situation with our straight-talking team, please do get in touch here. 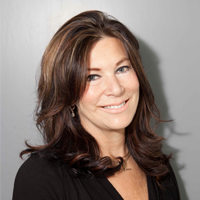