You are here: Home › Wealth Planning › Could your will be overturned by the courts?

Could your will be overturned by the courts?

Could your will be overturned by the courts?

The implications of a recent court ruling might warrant revisiting the details of your will to ensure your wishes will be upheld, explains Rebecca B Wardle, private wealth associate at law firm Trowers & Hamlins.

The case of Ilott v Mitson found its way to the doors of the Appeal Courts in late July following an eight-year legal battle.

The ruling of the Court saw an estranged daughter, who was specifically excluded from benefiting from her mother’s will, receive an award of £164,000 from the estate, an amount equating to a third of the value of the estate. This decision questionably undermines the right of individuals to leave their assets to whoever they wish by their will. It also begs the question whether a will, once written, is watertight.

Ilott was Jackson’s only child. She and Jackson had, however, been estranged for some 26 years after Ilott left home, without Jackson’s knowledge or agreement, to live with her now husband when she was 17 years of age. Ilott lived with her husband and her five children in a rented council house and had a low income. She was also in receipt of state benefits.

Ilott was well aware that Jackson had excluded her from benefiting from the will, and she therefore did not expect to inherit. She was not financially dependent on Jackson, which would be a usual ground for an adult child to bring a claim against a parent’s will after death.

The law allows a child of a deceased parent to apply to the Court if the parent’s will does not make reasonable financial provision for them. It is normal for young children who are left out of wills to bring claims, and for those financially dependent on their parents to do so. Claims by disinherited adult children, however, are usually difficult to make and not as common. This is what makes this case – and the precedent set by the Court’s judgment – stand out.

Ilott’s claim was for “sufficient funds to acquire the property that she lived in and some capital to meet non-housing needs” from her mother’s estate.

The Court, in considering whether to make a maintenance claim, had a number of factors, prescribed by law, to take into account. In considering whether reasonable financial provision had been made for Illott, the Court placed particular emphasis on her resources and needs. Consideration was given to her standard of living and whether this was sufficient. A conclusion was reached that her income was “not reasonable financial provision for her maintenance in the context of the application”.

The Court had to fairly balance the claims on the estate and in so doing found that reasonable financial provision had not been made for Ilott and, as such, awarded in her favour. The rationale behind making an award in the sum of £164,000 was that the amount was sufficient for Ilott to purchase her home, as she had requested, and gave her a small cash sum that would not affect her right to claim state benefits.

It is worth noting that although Ilott was successful in the claim, she only received an award of £164,000 out of an estate worth £486,000 – she did not receive the whole of the estate. The charities, as the original beneficiaries under the will, still benefitted from the estate and took the lion’s share. The Court therefore ensured that Jackson’s original wishes were still upheld, albeit in part, not in whole.

Implications of the ruling

It does not automatically follow from the case that the Court will overturn a will where an adult child is disinherited by a parent. From the judgment of Lady Arden sitting in the Court of Appeal, it is very clear that great emphasis was placed in this case on balancing the claims of the charities and Ilott “fairly”. It was stressed that Jackson having no responsibility for Ilott as an adult child living independently “weighs against her”; consequently claims by adult children are still likely to be difficult to succeed.

Before individuals begin to worry, it is worth bearing in mind that a significant number of wills are prepared where one or more children are disinherited. Therefore, on balance, this case is unlikely to open the floodgates – but it does give food for thought when preparing a will.

It is, for example, important to ensure that when disinheriting children from a will, an expression of wishes is prepared, which is written to the executors of the estate, in which an explanation is given as to why a child has been excluded. This letter will be put before the Court in the event of a claim and serves as a useful expression of the deceased’s thoughts and wishes. Generally, it is also important to ensure advice is sought as to the best structure to adopt when preparing a will, particularly when disinheriting children.

As this is the first ruling of its kind, we will have to wait and see whether or not the Court will now be faced with a flurry of claims by disgruntled, financially independent adult children challenging their parent’s wills. In the interim, any individual seeking to exclude a child from benefiting on death should ensure appropriate advice is obtained. 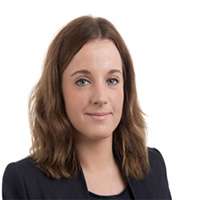 Rebecca is an associate in Trowers & Hamlins' Private Wealth department. She specialises in all aspects of private client work and has a particular interest in high net worth tax planning for wealthy individuals, their families and entrepreneurs.

You have more control over the Inheritance Tax your family pays than you might think, but each option to mitigate the levy has to be carefully weighed in the balance.

Now might be an advantageous time to utilise lifetime gifting to reduce Inheritance Tax liabilities, but there is also a broader tax picture to take account of too.

From trade wars to the threat of a socialist government raiding family wealth, there is much for affluent individuals to worry about this month.