Wanting to protect and preserve family wealth, which may well have been built up over a lifetime, is a natural human reaction.

The desire to keep that wealth within the family will remain despite recent – largely ill-informed – public criticism, particularly from politicians, of perfectly legitimate legal steps to avoid, rather than evade, the payment of unnecessary tax.

This desire becomes more complicated where, for example, parents are keen to ensure that in the event of a marriage, their child’s partner will not benefit personally from that wealth in the event that the relationship does not succeed and there is a divorce. This is not just a concern for the wealthy, but is relevant to all families no matter how well off they may be.

There are steps which can be taken, but – as this article will explain – none will be 100% watertight. However, they are still extremely worthwhile because they will afford some protection and a level of “damage limitation”.

In the first of those scenarios the principal means available is for the couple to be encouraged to enter into a pre-marriage or pre-nuptial agreement. Pre-nuptial agreements have had and still have a rather odd standing in English law. In the twentieth century they were held to be void altogether, on the basis that such agreements might encourage separation or divorce. Even now under English law, no agreement can ever take away the ability of a court to consider an agreement entered in to by a couple, whether before they marry or afterwards.

However, more recently judges have begun to pay a lot more attention to pre-nuptial agreements.

Secondly, judges have begun to realise that couples should have a degree of self-determination. In other words, if a couple enter into a pre-nuptial agreement, freely and without pressure, with full knowledge of each other’s financial circumstances and each having had the benefit of independent legal advice, on what basis should a court interfere?

Broadly, if these basic requirements have been met, a court will hold a couple to the bargain which they have made – unless to do so would subject one or other unfairness financially or cause financial difficulties for their children.

In February 2014 the Law Commission, an independent body which advises governments on law reform, put forward detailed proposals which would give pre-nuptial agreements a much clearer status in English law. The Commission went on to set out the circumstances in which courts should uphold those agreements. The recommendations took a long time to put together, but they do little to fundamentally change the law as it is now.

Nonetheless, over 12 months later, there has been no sign from the present Government of any desire to legislate and we will now have to wait until after the General Election later this year to see whether the Law Commission will be listened to. This is not the first time this issue has arisen and history suggests that we may have to wait a very long time for anything to change.

Even if the Law Commission’s recommendations are accepted in full, a Court will still have the ability to alter the provisions of a pre-nuptial agreement if it thinks that the “financial need” of one party or another, or that of their children, dictates that the agreement, or parts of it, no longer meet the overriding requirement of “fairness” which lies at the foundation of divorce law in this country. The Commission concluded that couples “should not be able to make contractually enforceable arrangements that deal irrevocably with their future needs for housing, childcare, an income or any other aspect of financial needs”

Having said that, what is absolutely clear is that pre-nuptial agreements will be a significant factor which may well lead a judge to awarding less than otherwise he or she might have done to one party or another. In short, they may be “a shield and not a sword”.

Therefore, while pre-nuptial agreements cannot offer a cast-iron guarantee that wealth built up on one side of a family will not be taken into account, at the very least they will minimise the risks and extent to which there is any interference.

In the second scenario, where parents have left their estates to their children and may have put in place other measures of wealth protection, they are always able to alter their wills at any time and may be able to alter any trust arrangements which they have set up, although in the latter case this is likely to be more difficult.

A completely different situation arises where a couple do not marry but live together. If a relationship breaks down in those circumstances there is much less cause to be concerned. The reason is because upon the breakdown of a relationship between a couple who is not married, neither will normally have a claim on property given to the other by their parents.

This potentially leaves us in a bizarre situation where parents may feel more secure that assets which they have worked hard to build up will be better protected if their child does not marry but just lives with their partner. 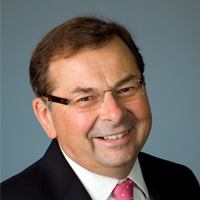 Partner in charge of the family department at law firm Mundays. Graham has over 30 years experience in dealing with complex financial issues, cohabitation agreements and disputes, and pre-marriage agreements.