If you are investing in UK property or are considering buying, then this is essential reading. The tax rules are changing for overseas owners and these may affect you significantly.  London law firm Bircham Dyson Bell summarises the major changes for you below.

The UK Government has published its much anticipated consultation document setting out more details about its plans to make significant changes to the taxation of individuals who are not domiciled in the UK (non doms), following the 2015 Summer Budget when these proposed changes were originally announced. These changes look set to increase significantly the tax exposure of some UK resident non doms.

UK Resident Non Domiciled individuals, or ‘Non doms’, are typically those who live in the UK but originate from another country. The term can also apply to foreign nationals.

An example of the popularity of New Build Property with ‘Non-Doms’. Source: Knight Frank, International Buyers in London

Here are five ways these changes are likely to impact on non dom owners of UK residential property investments based on the details contained in the consultation document.

The tax scene for UK resident non-domiciled individuals has changed greatly in recent years. With all these changes it is likely that a structure or arrangement established some time ago will need a critical review and, in some cases, a radical overhaul. 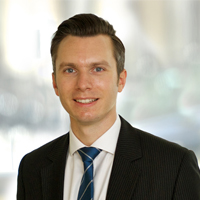 Matt is a Senior Associate in the Private Wealth department at Bircham Dyson Bell focussing on UK tax and estate planning for international clients and advising on offshore trusts and other wealth holding structures. If you are reading this bulletin and are concerned about your tax position, please contact Matthew Braithwaite, lawyer at BDB, to discuss further: [email protected] . BDB are independent legal wealth experts who work in parallel with wealth managers to optimise the wealth structures of high net worth investors. To find out more about BDB please visit: https://www.bdb-law.co.uk .