You are here: Home › Investing › Why invest in gold? Why now?

Why invest in gold? Why now?

Why invest in gold? Why now?

Who would buy gold, let alone now? Gold prices have erased 50% of the long 2001-2011 bull market. Today, as then, gold finds little industrial use nor does it generate any income.

This explains why most High Street advisers do not recommend that you invest in the metal, whatever the price. It also shows why many family offices and wealth managers do.

As gold has little productive demand, its price doesn’t rely on economic growth. Since 2006, only 11% of global end-use each year has come from industry, technology or medicine.  (The figure for silver is above 65%.) So, gold prices show zero correlation with GDP over the long run.

As for income, because gold does not pay any yields, it doesn’t rely on anyone else staying solvent. This sets it apart from income-generating investments. Physical bullion cannot go broke, unlike equities, bonds and even cash in the bank. Unlike real estate, physical bullion is also instantly priced – and instantly tradable – in a 24-hour global market deeper and more liquid than all but the four largest currency pairs traded on the FX market.

Because gold bullion is so different from other asset classes, its price doesn’t behave like theirs either which makes gold uniquely helpful in spreading portfolio risk.

Correlation is a statistical measure of how closely two things move together. A reading of +1.0 means they move in lock-step, while –1.0 means they move by precisely the same amount but in opposite directions. Over the 25 years starting 1987, gold’s long-term correlation with the UK stockmarket read almost exactly zero, according to analysis by market-development organisation the World Gold Council. But during those periods when the stockmarket dropped sharply (losing more than “two standard deviations” in the jargon), gold priced in Sterling showed a –0.5 correlation, because it tended to rise as the FTSE fell.

Looking at 40 years of UK asset prices, our research at BullionVault shows:

·        Gold priced in Sterling rose in each of the three years when the FTSE All Share returned minus 10% or worse (including dividends), averaging 19.6% gains before inflation and 18.0% after;

Simply put, adding gold to a portfolio reduces risk. As with all insurance, that comes at a cost – the cost of slightly lower compound gains overall.

BullionVault’s table shows how a simple portfolio of shares, bonds and gold would have performed if you mixed them in different proportions over the last four decades.

The starting point (0% gold) holds 60% of funds in UK shares and 40% in UK government bonds. The same split between shares and bonds is kept as gold is added, and rebalancing is done on the last day of the year to maintain the proportions you choose. Results include dividends and capital growth, but don’t account for tax or costs.

There is, of course, no interest payment on gold, which is why financial advisers so often dismiss it out of hand. But seeking income from all elements of a portfolio, they miss the great advantage gold holds for smoothing returns when capital values get hit.

Switching from a split of 60% shares and 40% bonds, for instance, to holding 10% in gold would have dramatically reduced your losses in 2008 – the very worst year for UK investors in our 40-year sample – almost halving your loss from 13.2% to 7.6%. On a five-year horizon, holding one-tenth of your portfolio in gold would have boosted returns during the worst single period (2000-2004) from a 1.0% compounded annual growth rate to 1.4%.

Gold’s value as insurance comes at a cost paid as a lower overall rate of return. But costing 0.5 percentage points per year on a 10% weighting, that looks a small price to pay for smoothing out the stockmarkets’ jumps and crashes, as well as the huge impact on fixed-income assets of market interest-rate changes. 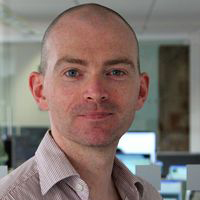