You are here: Home › Investing › Is investing in classiccars a good idea?

Is investing in classic
cars a good idea?

Is investing in classic
cars a good idea?

Robert Johnson, founder of Classic &  Sport Finance explains Classic Car Investments and what you need to know before hitting the gas.

Media hype has fuelled an international mania for classic car investing, but prospective buyers need to appreciate the realities behind this highly-esoteric market before hitting the gas, explains Robert Johnson, founder of Classic & Sport Finance, http://classicandsportsfinance.com.

Over the last 12 months we have seen intense interest in “classic car investment” – interest that has been growing steadily since the credit crunch in 2008. We have two simple measures of this at Classic & Sports Finance – requests for advice on classic car investment and media output on the subject – both of which have increased dramatically in the last year. The big question we are often asked is, does the reality live up to the hype?

In the early noughties, what would now be considered investment-grade vehicles were typically being bought by one type of person: classic car connoisseurs. The post-credit crunch collapse of house prices and the stock markets saw many people looking for alternative investments – or at least somewhere else to put their money – and for people who like cars, classics seemed to be as good a place as any. Their other investments weren’t performing, so why not put the money into something they could at least enjoy? Overnight it became virtually impossible to finance a contemporary prestige or performance car and, despite their values dropping through the floor, demand and values for classic cars remained steady. With many people looking to invest in tangible assets, by 2011 values began a steady ascent which was supported by increased media interest and the publication of HAGI’s (Historic Automotive Group International) classic car indices. Both shone a spotlight on the rising value of collector cars as an “asset class”. Since then values have continued to rise across almost all segments of the classic car market, until the tail end of 2014 when we saw some prices plateau.

The principal factor supporting the increase in classic car values has been the growth of the high net worth population. A secondary factor is the “cult of the classic car”: classic cars are no longer a niche interest but a universal phenomenom nourished by globally recognised events such as the Goodwood Festival of Speed, Revival and the world-wide popularity of TV shows like Top Gear. We call it “The Goodwood Effect”, and the market is now truly global although many of the “new” markets still have an awfully long way to go before they start to influence values in general.

Media hype has also had a major part to play. Rising classic car values make a great story and have become a self-fulfilling prophecy, bringing speculators into the market who drive prices up even further. Twelve months ago we saw a trickle of online articles on classic car values and investment; in 2015 we are picking up around half-a-dozen a day from all corners of the globe. Auction houses have used this to their advantage, hammering home the message that profits can be made on classic cars with endless press releases claiming world-record results. This has led to an unhealthy focus on auction prices in a market where only around 5% of sales are actually made at auction. All these factors have combined to create a sense of urgency in the market and the mentality to “get in while you still can”.

So, there are plenty of buyers and a healthy and growing enthusiasm for classics and the related lifestyle, but the market reality is not what you may read in the papers or hear from the bloke at the pub. The media tend to be around 12 months behind the curve, and a lot of classic car investment advice is being given by people who are not licensed or qualified to give it.

Much of this comes from dealers and auction houses – both of which have a vested interest in telling buyers that their cars will go up in value. This is also reflected in much of the classic car media, who are reliant on, guess who – dealers and auction houses – for advertising revenue. Much of the information reported on soaring classic values has also been oversimplified and manipulated in the interests of a good story.

One of the questions we are often asked is “will the bubble burst?” The general consensus is that strong values are here to stay and that conditions now are quite different from the classic car bubble of the early nineties. We’d agree with the former, but almost all of the things that were seen as contributing factors to the last crash in values are happening in the current market. While some will tell you that one of the major elements of the last crash – a significant volume of cars being financed – is not present today, it is estimated that 15% of all classic cars are currently purchased on finance. The main difference is that this time we are coming out of recession rather than going in.

If you are thinking about buying a classic car for investment, here are the things you need to consider.

Buy the right car. Not everything is going up in value at a rate that will give you a return, so choose carefully. The two key factors that will dictate the potential for growth in a car’s value are rarity and desirability – it should have both. Far too many classics are described as rare (and desirable) when they are not. Also, buying something with a Ferrari badge never hurts.

Cost of ownership. Be under no illusion, it’s not cheap to keep a classic. A £30,000 increase in value over a decade could easily be swallowed up by bills.

Finite reserves. One of the things buyers are attracted to is that there are only a finite number of collectible cars – which isn’t true. Think of the classic car market as a wave which will pick up the values of cars from a certain era and eventually leave them behind. The key demographic in classic cars is 40-65 year old men – if a car was cool when they were young then it’s likely to be desirable. The cars that are hot picks now won’t necessarily be flavour of the month a few years down the line.

Price vs value. Prices and values are two entirely different things – prices can move up very fast even when the transactional prices do not.

The people who have benefitted most from the rise in classic values are long-term owners and enthusiasts, but is it possible to make a quick killing? The answer is yes – but luck is invariably the greatest determining factor. There are so many pressures influencing classic car values that realistically it is not possible to predict future performance with any certainty. The market has never been busier and the industry is now estimated to be worth over £4 billion in the UK alone. The best advice is to get involved in classics because you love them – the fact that they may appreciate and don’t attract Capital Gains Tax is just a bonus. 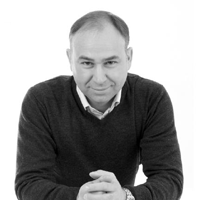 Managing Director of Classic & Sports Finance. Since 2008 the company has helped collectors and classic enthusiasts fund over £100 million of vehicles.