A new divorce case with hundreds of millions of pounds at stake has highlighted issues around quantifying and dividing assets upon divorce, explains Mei-Ling McNab, partner in the family law team at Brachers.

Recent reports that a property investor involved in what is rumoured to be one of Britain’s highest-value divorces after splitting from his wife of 18 years have brought into focus issues around quantification and dividing assets when married couples separate.

It is reported that last year Tanya Richardson-Ruhan commenced divorce proceedings against her husband Andrew Ruhan. While it is understood that Mr Ruhan’s total assets have been valued in the divorce proceedings at an estimated £8.3m, with an annual income of £214,000 generated through his property investment business, his estimated wealth is considered to be far greater, at around £200m.

In what one can only imagine must be a perfect storm of litigation, with considerable time being spent with lawyers and accountants for both parties, the divorce-related financial settlement is ongoing at the same time as legal proceedings concerning Mr Ruhan’s involvement in a legal battle with former business partners. Mr Ruhan is being sued by his former partners for a share of the profits from the sale of 37 Thistle hotels in the mid-2000s, but the case is not due to be heard at the High Court until next year. How then can the divorce process deal with such uncertainty?

Whilst one can expect that Mr Ruhan may wish to delay the resolution of his divorce until the outcome of his former business partners’ claims have been adjudicated upon, it is unclear how this will impact on Mrs Ruhan’s claims and the timing. Commercial disputes can roll on for years, despite the best efforts of the courts. It would seem that proper interim measures will need to be put in place as any court is likely to find difficulty in pre-judging the outcome of complicated ongoing commercial litigation. It is to the benefit of both Mr and Mrs Ruhan that certainty is achieved.

In any divorce, should the parties be unable to reach an agreement as to the finances then the Court will decide how to divide their assets. After quantifying the matrimonial assets in hand, the starting point in every case is equal division. It is for this reason that the British divorce system is often considered so vastly favourable for the non-breadwinner of the family when compared to those of many other countries. Behind the concept of equal division however are the arguments of overall fairness and need.

Whilst applying “fairness” this is often considered to be the sticking point in any resolution of financial distribution of assets within divorce. Even in cases without ongoing parallel litigation this is often where real time and money is spent. The process of properly valuing the assets involved is more complicated in a case where significant and often complicated trust and business holdings are involved. Undoubtedly within the current Ruhan divorce proceedings, much time and effort will and continues to be spent in seeking to identify and quantify the assets.

It will not have gone unnoticed that there seems to be such vast discrepancy between Mr Ruhan’s total valued assets and his estimated assets. Following the post-2000 era when quantification of the wife’s entitlement was first considered to be on par with that of the husband, it would seem that problems relating to division are now more to do with mathematical equations and percentage divisions.

It would seem that high net worth clients may no longer have the privilege of avoiding disclosing their true wealth to those sitting in the Family Court in running the so-called “millionaire’s defence”. This defence was previously raised in those cases where the matrimonial pot was so very wealthy that they could pay any amount ordered of them and therefore were not subject to the usual criteria of having to disclose all assets.

Failure by either party to provide full and frank disclosure may still result in the court drawing adverse inferences or, in rare cases, the order made by the court being set aside. Once the hurdle of being able to obtain full financial disclosure (or indeed the hurdle in being able to show that one party has actively sought to undermine full disclosure), even in cases such as Mr and Mrs Ruhan, where the assets are more than sufficient to provide for the needs of the parties, detailed arguments can ensue over what exactly constitutes relevant assets – and what is a fair and proper distribution.

A good starting point in seeking to properly quantify and analyse the true value of one’s wealth is the early involvement of experts to include accountants, pension actuaries and property experts. This is all the more essential where the value of business interests is an important component, particularly after a long marriage where the business is of significant value and provides both income and capital for the family. In such cases, the preparation of expert reports are often ordered.

The court has a wide discretion when it comes to the distribution of assets between parties on divorce. As yet it is unclear what percentage of her husband’s wealth Ms Richardson-Ruhan will seek to claim. Quantifying Mr Ruhan’s business interest would be a matter for the court to determine. In any event, the court will first and foremost seek to ensure that the needs of both parties are met. Division beyond that is clearly difficult when there is an unsettled dispute affecting one party’s assets. 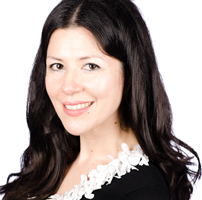 Mei-Ling McNab is partner in the family law team at Brachers, advising on all aspects of family law matters.

Pension-splitting and divorce – What you need to...

Rising divorce rates among the over-60s has put the issue of splitting pensions in the spotlight, explains Chris Longbottom, Head of Family Law at Shoosmiths’ […]