The recent rejection of a $975m divorce settlement by an American divorcee has highlighted differences in how assets are divided either side of the pond explains Lottie Tyler.

Behaviour during a marriage and financial entitlement after a marriage are universally contentious topics. Based on weekly coverage in the media, often accompanied by righteous outrage, it has to be asked, “Are the English courts getting it right?” In other jurisdictions, do divorce settlements cause the same fundamental questions to arise time and again concerning what we consider to be fair on the breakdown of these the most intricate and complex partnerships? Is it possible to ever have a fair result and, if so, are the courts of other jurisdictions getting it right?
The Wife of Harold Hamm, an Oklahoma oil tycoon, would say no. She is appealing her settlement of just shy of $1bn on the basis that her husband is getting to keep wealth in the region of $18bn. It would appear that Mr Hamm is equally unhappy with the settlement, claiming that a fall in oil prices has reduced the value of the asset base he is retaining and he threatens to bring his own appeal.

Whilst US lawyers will debate Sue Ann Arnall (the ex-wife’s) prospects of success in light, among other things, of the technicality that she has now cashed her settlement cheque, on this side of the Atlantic we can examine whether – after a 26 year marriage – the English court would consider a settlement in which one party retains 95% of the wealth to be fair and whether Mr Hamm’s sabre rattling of a cross appeal would have a strong prospect of success in our Court of Appeal.

The English court works from the premise that assets should be divided equally unless a good reason can be shown to the contrary.  A whole range of issues could justify an unequal division of assets, for example, a short, childless marriage, where one party had built up substantial assets prior to the marriage, or a situation where one party had inherited money, especially if that money had been kept separate from marital wealth. In general terms, however, the longer the marriage the harder it will be to justify an unequal split: there would need to be sufficient wealth for both parties to be in a position where they could live a comfortable lifestyle based on the unequal split proposed for it to be considered to have a real prospect of success.

The media’s attention was seized by the Cooper-Hohn case in 2014, which saw the biggest divorce settlement in English legal history, when Jamie Cooper-Hohn received 30% of hers and her husband’s combined wealth amounting to £337 million. This was not as sizable as Sue Ann Arnall’s cheque but significantly higher, in percentage terms, of the overall wealth in the marriage.  Jamie Cooper-Hohn was Harvard-educated like her husband, who at one time during their marriage was in employment whilst having four children under the age of five (the couple had triplets) and had been actively involved in setting up the fund that generated much of the marital wealth. Why did the English court not rule that she was entitled to get 50% of the marital wealth? The English court’s reasoning was twofold. It firstly gave Mr Hohn credit for wealth accrued between the time the parties separated and the time of the financial settlement some two years later. It also recognised Mr Hohn as having made a “stellar contribution” unmatched by Ms Cooper-Hohn in relation to his exceptional talent in generating wealth. Ms Cooper-Hohn chose not to appeal.

It seems likely, based on Harold Hamm’s ability to generate wealth, that a similar stellar contribution argument would have succeeded if his case was heard in the English courts. However, looking at the division of assets in both the Cooper-Hohn case (70% to Mr Hohn) and the case of the insurance tycoon John Charman in 2006 (resulting in a split of 63.5% in Mr Charman’s favour, based on his stellar contribution) it has to be queried whether the split in the Arnall/Hamm case would have been be quite as dramatic as 95%/5% if it had been before the English High Court.

The second question the Arnall/Hamm cases raises is whether Ms Arnall’s dissatisfaction with her $975 million cheque will backfire on her  if it pushes Mr Hamm to cross appeal demonstrating that his wealth has significantly reduced?

In the English court, Mr Hamm would struggle to succeed in an argument that the original order should be set aside based on the reduction in oil prices. The circumstances in which a final order can be set aside are very limited; the risk otherwise would be that litigation becomes endless.  The court would need to consider whether the event was foreseeable and it is common knowledge that oil prices can go up and down. The extent may not have been predicted, but the principle was there, and Mr Hamm could not be insensible to the risk. Mr Myerson returned to court in 2009 when his shares in an AIM-listed company reduced in value by 90% within a year of the original court order and his appeal was unsuccessful.

When “so little” of the matrimonial wealth equates to the sum $975m, it is easy to lose sight of the principles at stake: the value of the role of the “homemaker” in a marriage versus recognition and reward for an individual with an exceptional talent. Looking at the principle, however, coupled with how the English court may have been more generous to Ms Arnall, it is possible to understand her hesitancy to accept a mere $975m. It is also understandable how divorce courts across the world will continue to cause controversy in their decision-making as whether they are “getting it right” will provoke intensely personal reactions from divorcing couples and commentators alike.

Lottie Tyler is a solicitor at national law firm Weightmans. 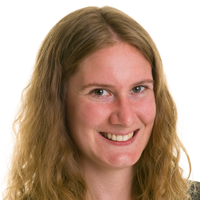 Advisor on divorce and cohabitee disputes, financial settlements and Children Act disputes relating to contact and residence. She trained at Manches LLP (Oxford) and qualified in 2006.