You are here: Home › Investing › Alternative Investment › Art as an asset

Art as an asset

Art as an asset

Art and the capital markets might seem to be two completely different worlds, but recent studies have shown a mounting interest in art as an asset class.

Clear trends have emerged in recent years: high net worth investors are increasingly sceptical of complex and opaque monetary assets and are becoming more and more drawn to tangible assets such as art. They are attracted to art because of high potential returns, but also value in portfolio diversification and as a status symbol.

Historical examples of art funds, notably the British Rail Pension Fund, which achieved an annual real rate of return calculated at circa 11.3% between 1974 and 1989, support the premise that attractive rates of return are achievable in art.

When investing in art it is important to be driven by the underlying quality and value of individual artworks; focusing on genuine connoisseurship and gaining a profound understanding of each work – their individual markets, the market for the sector and the market as a whole. Art market indices and data trends provide useful background information, but should never be the sole basis for an investment decision. Anyone can buy and collect art, however, not all can intelligently invest in art; it is therefore absolutely essential to gain expert advice.

The recent history of the art market

Each sector of the art market reacts to stimuli differently, rather than as a single, homogenous art market; one might, instead, refer to a multiplicity of art markets.

The 2008 financial crisis brought about a sharp downturn in sales at the lower end of the market. Poor investments in lower-quality works by over-producing contemporary artists led to losses for some speculators. However, the top end of the market showed great resilience and recovered quickly, bouncing back in 2010 and since going from strength to strength. In 2013, the international art market recorded total sales of art and antiques amounting to €47.4bn (around £35bn), representing its second-highest ever total and an increase of 150% in the last 10 years.

Global sales of art and antiques hit its record €51.2bn (£38bn) in 2014, up 7% from the previous year, as collectors drove up prices for trophy works by modern, post-war and contemporary artists. A significant part of this uplift was due to higher prices, rather than due to the increase in volumes transacted.

The Fine Art Fund Group estimate that the annual value of global art transactions is well in excess of £40bn; the art market is arguably the largest unregulated market in the world. This estimation takes into account the volume of private sales which are made, as well as works sold at public auction. However the latent total market size is very many times bigger than the annual value of transactions. The Group considers the investible market, namely top-quality works in relatively liquid sectors, to be around 10-15% of the total market.

The highest price paid for a single work of art at auction (without adjustment for inflation) was achieved in November 2013 at Christie’s, New York, when Francis Bacon’s Three Studies of Lucian Freud (1969) sold for $142 million. The highest private sale price achieved is rumoured to be in excess of $300 million – apparently for Gaugin’s When Will You Marry Me? sold earlier this year.

There were estimated to be around 32m millionaires worldwide in 2013, of whom 42% are in the US. At least 600,000, according to TEFAF Art Market Report 2014, of this global group are mid to high-level art collectors. Art is an exceptional commodity; since it cannot simply be copied or multiplied, all art is singular and “one of a kind”. The increase in buyers, especially from emerging markets such as China, India or the United Arab Emirates, where people are benefiting from enormous economic growth, has caused significant upward pressure on prices. Other demand pressure comes from new museums in these emerging economies, which are rapidly trying to buy up important works of art to build their collections.

Last November’s New York sales saw some speculation on whether or not the art market might reach the magic $1bn in a week mark; however, figures only reached the staggering sums of $852.9m by Christie’s Evening Sale of Post-War and Contemporary Art in about two-and-a-half hours. Nevertheless, it looks as though the forthcoming May New York auctions are gearing up to yield record prices. Christie’s has not only moved its Impressionist and Modern Sale to the same week as the Contemporary, and introduced a ‘special’ sale entitled Looking Forward to the Past (bridging the early twentieth with the late twentieth century); Christie’s is also offering a Pablo Picasso, Les Femmes d’Alger (Version “O”) for $140 million alone. In May 2010, Christie’s set the auction record for any work by Pablo Picasso at $106.5 million, with the sale of Nude, Green Leaves and Bust.

Is it the provenance and exhibition history that makes the difference?

One of the key factors to look for when buying a work of art is provenance; first and foremost is the work authentic, where has it come from, and lastly, is it fresh to market? Provenance increases a work of art’s collectability, desirability and in turn market value. Of the 44 lots to be at Christie’s New York’s Impressionist and Modern auctions in May, 95% have been in private collections for the last decade or more, and over 80% of the works have previously been featured in museum exhibitions. Notable private collections, such as the Jerome H. Stone collection that Sotheby’s are offering, or the John Whitehead collection at Christie’s often have a distinctive character; private collectors have recognised the strength of certain artists at the right time. Rather than expressing the taste of a dealer or adviser, they represent extensions of their individual owners, presenting not only “blue-chip” works of art, but also the collections of personalities.

Les Femmes d’Alger (Version “O”) is the final culmination of the artist’s mid-1950s series, in which he looked back to French master Eugene Delacroix. Picasso painted a series of fifteen variations on Delacroix’s “Les femmes d’Alger” between December 1954 and February 1955, designated as versions A through O. Over the years, Les femmes d’Alger (Version “O”) has been featured prominently in major Picasso retrospectives all over the world, including at The Museum of Modern Art, New York and London’s National Gallery and Tate Britain, as well as the Louvre. This team with its stellar provenance, The Ganzes (the original owners of the all 15-paintings from the series) bought directly from Picasso’s dealer Daniel Henri Kahnweiler).

Francis Bacon and Lucian Freud are the two indisputable greats of British post-war art. Lucian Freud’s “Fat Sue” or Benefits Supervisor Resting is being presented by Christie’s at the upcoming auctions. At the height of the market, seven years ago, Christie’s sold Freud’s Benefits Supervisor Sleeping for $33.6 million to the Russian billionaire Roman Abramovich. Benefits Supervisor Resting will be the first work to be auctioned with a value of more than $20 million since Freud’s death in July 2011, and is poised to break the record. Similarly to the Picasso, the work has been part of every major museum exhibition devoted to the artist, including at the Tate Britain, London, and The Museum of Modern Art, New York.

Although record prices will be achieved, it would be fascinating to know the actual profitability these highly-skilled power-buying, power-selling machines (the auction house) gain from these mega-sales. Without a doubt, each lot sold has a real buyer, but there appears to be a sort of theatrical element. World records, jaw-dropping prices, are achieved in advance; guarantees on lots and with their pre-arranged prices influence the market significantly. Christie’s Jean Dubuffet 1961 Paris Polka, being sold by billionaire money manager Steve Cohen for a guarantee price of around $25m in “Looking Forward to the Past”, far, far exceeds the French artist’s previous record of $7.5 million achieved in November last year.

Unlike their London counterparts, the New York sales are all about inaccessibility; the super-rich putting their paddle up for big-ticket, headline-hitting works – perhaps summarised by the symbol of the sales, Andy Warhol’s Dollar Sign (1981), at Christie’s, the ultimate manifestation of art and money.

For those not looking to spend $140m on a Picasso, the younger contemporary artists such as Mark Bradford, Harold Ancart or R. H. Quaytman offer an alternative solution in amongst the more accessible day sales that take place surrounding both evening sales. 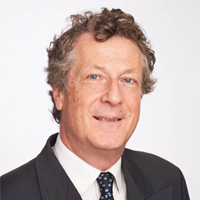 Managing Director of The Fine Art Fund Group. Guy studied Modern History and History of Art at Trinity College, Oxford before holding senior roles at Christie’s and Sotheby’s in both Europe and the US.