You are here: Home › Wealth Planning › 2015 is the year of pension freedom!

In his Autumn Statement 2014, Chancellor of the Exchequer George Osborne confirmed a number of radical pension changes that will come into effect at the end of this tax year. With 5 April fast approaching, we’re introducing you to John and Sarah – two clients* who are looking to take advantage of the new freedom and flexibility that savers will soon have over their pensions.

John currently works at a financial services company in the heart of London. He is hoping to stop working in 2016, with the aim of escaping the city and travelling the world with a holiday every year for the first five years of retirement. After this he has no plans other than to settle down with his wife and enjoy a comfortable lifestyle.

As he is approaching retirement, John meets with a wealth manager who explains the new flexibility over pension withdrawals. John will be able to take as much of the pension as he likes, with no tax to pay on 25% of the total fund. John’s wealth manager explains that he can use his tax-free cash to pay for his holidays, either by taking one lump sum or by making several smaller withdrawals – which could help him manage his overall tax liability.

John is keen to maintain his regular lifestyle in later retirement, and has estimated that he will need around £40,000 per year to do so. His wealth manager uses cashflow analysis to confirm that John’s current pension fund will cover his later lifestyle expenses, also taking into account that he will have to pay Income Tax at his marginal rate. John will then be able to draw his income, either using flexible drawdown or by purchasing an annuity, confident that he won’t run out of money or be forced to make sacrifices in later life.

Passing on your pension as a legacy

Sarah is a retiree in her late 60s who has amassed a wealth of over £1,000,000 during her lifetime, including a significant pension fund. Sarah is financially comfortable so she would like to leave her pension to her children as a legacy when she passes away.

Sarah is curious about the new pension reforms and her overall Inheritance Tax liability, so she meets with her wealth manager to discuss her estate. The wealth manager explains that the 55% pension ‘death tax’ is being abolished: pensioners who pass away before the age of 75 will soon be able to pass their pensions on as a tax-free lump sum or income, whereas pensioners who die after their 75th birthday will have their pensions taxed at the recipient’s marginal rate.**

Sarah is yet to make any pension withdrawals, as she has other savings and did not want to see 55% of her pot go to the taxman when she passed away. However, the new rules state that pensions will receive the same tax treatment on death regardless of whether or not they have been drawn upon.

As part of her overall estate planning, her wealth manager explains that Sarah can make a 25% tax-free withdrawal and pass this on to her children immediately, with the remainder of the fund then taxed at her children’s marginal rates when she passes away. As long as she survives for at least another seven years, the lump sum will no longer form part of her estate. This means she will also avoid paying Inheritance Tax on the money, and therefore more will be left to her children.

How can a wealth manager help?

John and Sarah’s stories cover only a few of the many changes coming into effect from 5 April.

Our findaWEALTHMANAGER.com service provides a two-step process that matches your investment and personal aspirations to the right professionals saving you time, money and confusion. You can start the process by completing our smart online tool HERE.

These scenarios are constructed from a number of actual Tilney Bestinvest clients.

Proposed from the tax year 2015/16. This is our current interpretation of the Taxation of Pensions Bill published on 14 October 2014.

The value of investments can go down as well as up, and you can get back less than you originally invested.
Prevailing tax rates and the availability of tax reliefs are dependent on your individual circumstances and are subject to change. Please note we do not provide tax advice. This article is not a personal recommendation or advice to invest. 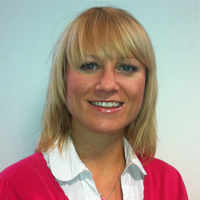 Director of Financial Planning at Tilney Bestinvest. Emma is a also a Chartered Financial Planner with over 13 years’ experience in the financial services industry.

Retiring in an inflationary environment

Matt Phillips, Director of Wealth Planning at Canaccord Genuity Wealth Management, sets out key questions which will help those on the brink of retirement to navigate an inflationary environment.