I’ve had lots of experience with this at HNW Lending Ltd. We are one of the providers that offers this type of lending – for amounts from £30,000 to £5m.

People often ask about the kinds of items we take as security. That is a tricky question to answer because the reality is actually that we are very flexible. The most common security is property and this ranges from a second loan on the house you live in (so your current mortgage stays in place), to loans on buy-to-lets and holiday homes, to the more unusual such as loans on classic and super cars, antiques, timeshares and fine wine. We are also able to put in short-term loans whilst pension-led funding solutions are put in place, by using the client’s pension pot as collateral.

Loan lengths can be anything from a few months to a few years, and interest rates tend to start at around 7% for a first charge loan (so any existing mortgage is replaced) to around 12-15% per annum for a second charge loan (where there is a mortgage in place) and the more unusual assets.

These loans can generally be put in place very quickly if required – in as little as about a week if necessary. They also allow for some money to be taken on day one, with more drawn down later. Interest can also be rolled-up (so paid at the end of the loan) if required.

One example that illustrates our ethos happened just last week in fact. We had a phone call from a client last Wednesday and the borrower had the money he needed in his bank account by lunch-time on Friday – less than two days later.

The borrower was an entrepreneur who needed £50,000 for his business, in this case to put a deposit on a property he wanted to rent for the ski season in Switzerland. The collateral he offered was a second charge on his parent’s property in London. They gave consent and it looked like all was set, but the first charge lender just couldn’t move fast enough to give their consent in less than 48 hours. So I asked what else he could offer. His response was his father’s 1950s Jaguar, which was parked in the garage. Unfortunately, his father was in Africa. However, we got a consent from his father and the son moved the car to a nearby garage so we could use this as collateral.

Other business borrowers have included companies going through a cash flow crisis. One example was a client needing to pay for extra stock in the run-up to Christmas; another was a need to pay staff while waiting for a client to pay a large invoice.

However, people don’t just come to us to borrow money for their business. It actually ranges quite a lot. One example was someone going through a divorce, where the spouse has taken the cash from the joint account as well as the easy-to-sell shares and bonds. The borrower was confident that they would get their share of the marital estate in time, but needed some cash to pay the school fees, lawyers costs and a deposit on a new home as the marital home was not be the most tranquil place anymore!

Instead of borrowing from a private bank, someone else had agreed to buy a new yacht but hadn’t managed to sell their old yacht by the time the payment for the new one was due. We arranged a loan to cover the period until the sale took place, however given the boat was in the water (and rather large), we took a collection of his fine wine of close to £1m into a third-party storage facility to use as collateral.

So, if you do need money, whether it’s in a tearing rush or whether you have a couple of weeks, you should consider using your assets as collateral as this will generally be much cheaper than attracting an equity investment – and quicker!

We know each firm intimately, their specialities and proven capabilities – enabling you to fast track through the industry finding a provider that offers lending and other services aligned to your needs. Simply try our smart online tool. Or, if you would like to discuss your situation with our straight-talking team, please do get in touch here. 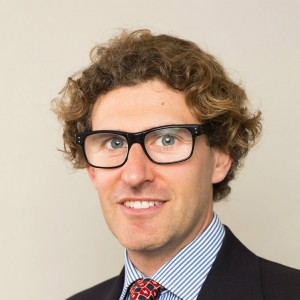 Director of HNW Lending, which allows asset owners to use real estate and other illiquid assets to generate liquidity (cash).